Martha Stewart, Snoop Dogg to Host a Cooking Show Together on VH1 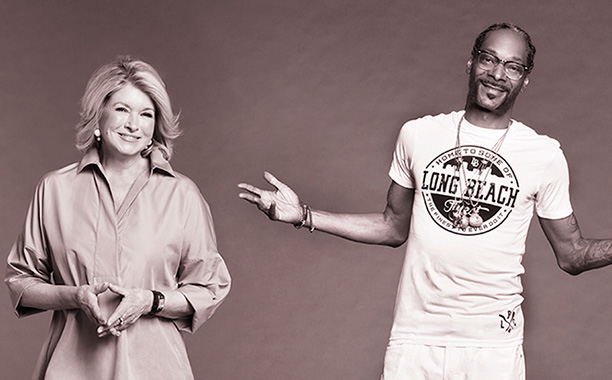 This piece originally appeared on EntertainmentWeekly.com.

Party with Martha Stewart and Snoop Dogg this fall.

Stewart and the rapper are teaming up for Martha & Snoop’s Dinner Party, a weekly series where the duo will host their celebrity friends for a “half-baked evening of cocktails, cooking, conversation, and where nothing is off limits,” per the press release announcing the newly ordered series. The series is slated to premiere on VH1 this fall.

This project marks the pair’s first co-starring gig together. They recently appeared on ABC’s 100,000 Pyramid and were both on hand for Justin Bieber at his Comedy Central Roast.

“At our dinner party, we will exemplify America’s fascination with food, entertaining, and celebrity. Martha & Snoop’s Dinner Party will redesign the traditional food competition shows in a new, different, and very funny way,” Stewart said in a statement.

For more on entertainment industry, watch this Fortune video:

“My homegirl Martha and I have a special bond that goes back. We’re gonna be cooking, drinking, and having a good time with our exclusive friends. Can’t wait for you to see how we roll together!” said Snoop Dogg, who is also executive producing MTV’s upcoming weed comedy Mary + Jane.