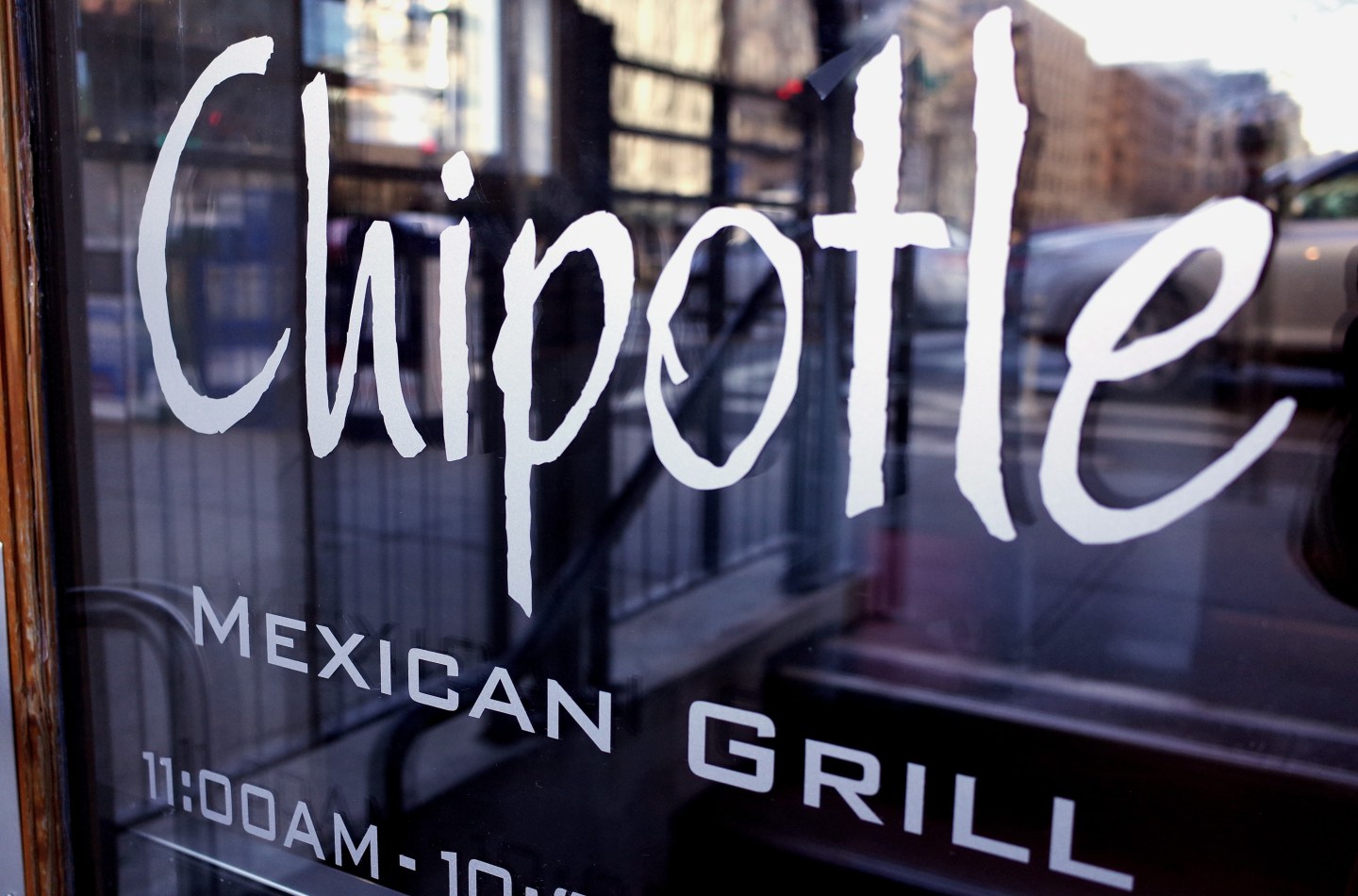 The Chipotle logo is seen on the door of one of its restaurants on January 11, 2015 in Washington, DC.
Photograph by Mandel Ngan — AFP/Getty Images

Embattled Mexican restaurant company Chipotle (CMG) is under fire again this week, this time for its new Tasty Made Burger chain, which is scheduled to open its first franchise location this fall.

A non-Chipotle-owned Boston-based chain similarly called Tasty Burger, which debuted in 2010 with five franchises total in Massachusetts and Washington D.C., is accusing Chipotle of copying its franchise name and logo.

“Recently, we learned that Chipotle planned on using the trademark ‘Tasty Made’ in connection with a chain of new burger restaurants,” Tasty Burger’s CEO David DuBois said in a recent statement, according to BostInno Streetwise.com. “This news was punctuated with the release of a logo and mark for their new endeavor that is unmistakably similar to our own in color, shape, and design.”

Chipotle confirms Tasty Burger recently sent a cease and desist letter to the Mexican food company regarding Chipotle’s Tasty Made Burger name and logo, but Chipotle is ignoring it.

“We fully intend to move forward with the name Tasty Made for our burger restaurant and strongly believe that we are on solid footing in doing so, ” Chipotle Communications Director Chris Arnold tells Fortune via email. “There is sufficient difference between the names and logo marks so as not to cause consumer confusion, and we believe both brands can co-exist.”

Chipotle claims Tasty Burger in 2011 tried to patent its company’s name, but ultimately was denied by the U.S. Patent and Trademark Office, which ruled the term “Tasty Burger” was simply a descriptive term and therefore a patent was not enforceable, according to Arnold.

The U.S. Patent Office does not comment on specific applications, but their records show there are three active patent applications for logo use and variations of the terms “Tasty Made” and “Tasty Made Burgers Shakes and Fries.” All three applications were filed within the last three weeks.

Tasty Burger did not return Fortune‘s calls for comment.