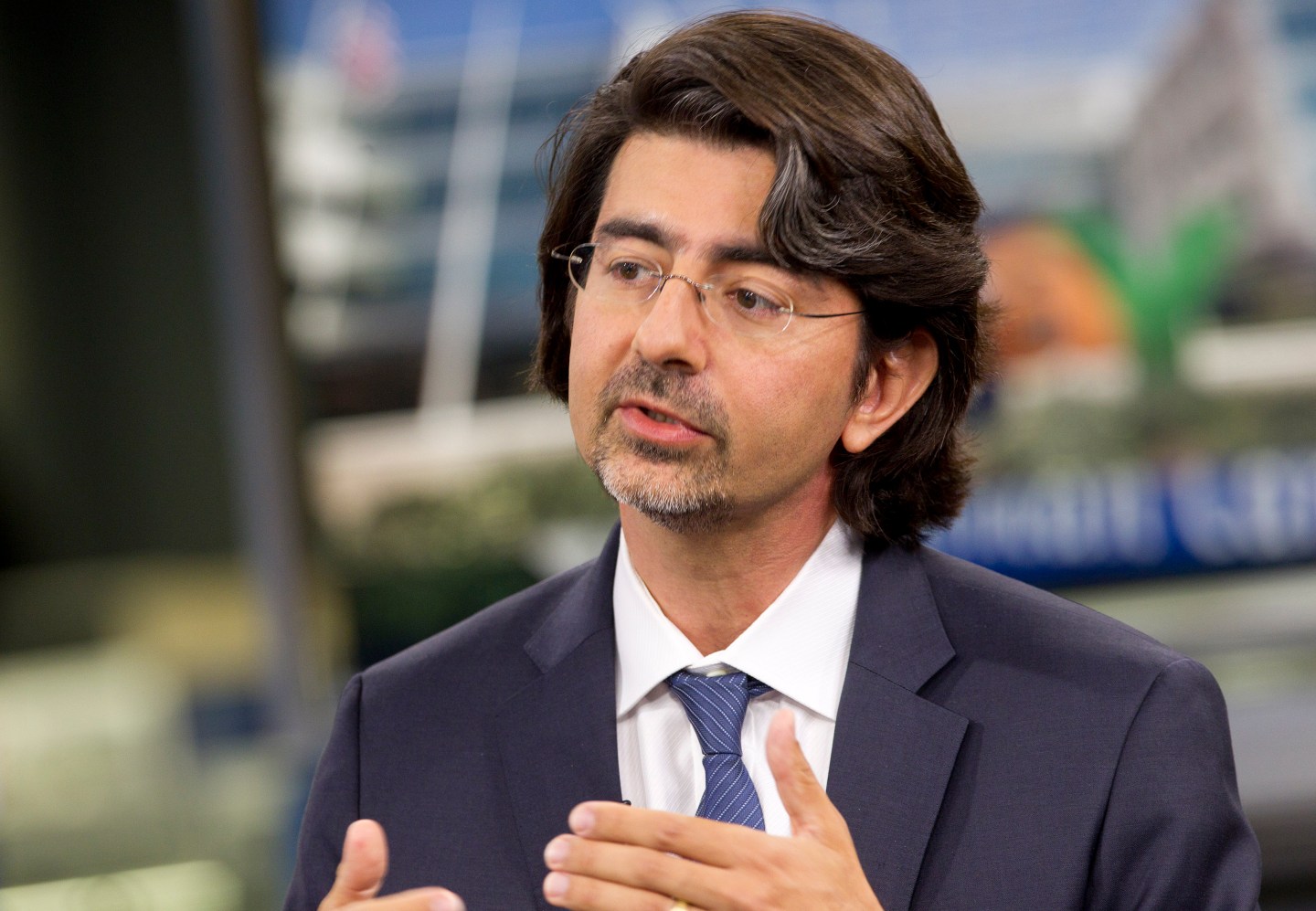 Pierre Omidyar, chairman and founder of eBay Inc., speaks during a television interview in New York, U.S., on Tuesday, Sept. 21, 2010. The Omidyar Network, established in 2004 by Omidyar, announced today it will dedicate $55 million to fund technology investments around the world to improve quality of life. Photographer: Andrew Harrer/Bloomberg via Getty Images
Photograph by Andrew Harrer — Bloomberg via Getty Images

Financial pressure is causing all kinds of upheaval in the media industry, both at traditional outlets and digital-first entities. First Look Media was supposed to be different, in the sense that it is funded by billionaire eBay founder Pierre Omidyar. But despite that, the company has chosen to cut off funding for Reported.ly, the social news-wire project run by former NPR staffer Andy Carvin.

Carvin, who gained fame in media circles for his pioneering live-reporting work on Twitter and other social networks during the Arab Spring uprising in Egypt, announced in a blog post published on Medium that the project will be suspending operations on August 31.

“Our funder and employer, First Look Media (FRST), has chosen to part ways with us, so we will no longer receive financial support from the company,” Carvin said. The Reported.ly founder—who had built a team of reporters and editors based in Europe, North America, and Asia—said he hoped Reported.ly might be able to find alternative funding from some other source, but for now it is shutting down.

Our future beyond August 31 is unknown. The team would love to find a new home for reported.ly, but we recognize the challenges that await us. Over the coming days and weeks, we’re going to explore our options, including re-establishing reported.ly at another news outlet or creating our own independent entity.

When it was first created in 2014, Reported.ly was unlike almost every other digital-news startup in that it had no website. As Carvin explained to me at the time, the idea was to have a news entity that would live inside the social networks and platforms, where an increasing number of people get their news. (In the interests of full disclosure, I consider Carvin a friend).

In much the same way the former NPR staffer did on Twitter during the Arab Spring, Reported.ly curated and fact-checked news reports in real time, involving everything from shootings to political upheaval, in countries like Syria, Iraq and Ukraine. After it finally got a home page, that page became a hub that tracked the various tweets, as well as Facebook and Instagram posts on those topics.

But First Look Media has changed its focus somewhat since Reported.ly was created. Initially, it was supposed to be a collection of “magazines” based around specific topics or individuals, with The Intercept from Glenn Greenwald as a model. But that focus changed; projects such as Racket were shut down; and there were numerous reports of management and editorial upheaval inside the company.

According to a source who is close to the company (but doesn’t have the authority to speak about the events in question) Omidyar stepped back from his project and professional managers took over. They had little or no interest in social-media experiments, and instead are trying to turn First Look into something more like a traditional media company with a focus on video.

A First Look Media spokesman said in a statement that while Reported.ly was critically acclaimed, the company has “refined our long-term business strategy and are focusing our journalism investments in other endeavors.” Also, the management “wish Andy and the team the best, and would love to see them find a new home for their excellent work.”

What follows is a transcript of an e-mail conversation I had with Carvin about the shutdown and his reaction to the news. The questions and answers have been edited for length and clarity:

Fortune: Did First Look Media give you a reason why they decided to shut off funding for Reported.ly, and if so did it strike you as a valid one? And did the shut down come as a surprise or were you expecting it?

Carvin: It was a bit of a shock, to be honest. We spent about six months working with various members of the FLM team—biz dev, product, audience development, etc.—to put together a strategy that would allow us to expand reported.ly internationally and begin generating revenue. Everyone seemed enthusiastic about the plan, right until the last minute, when I was told that instead of expanding our funding, we were going to be defunded entirely. I was told that reported.ly didn’t fit into FLM’s overall content strategy any more, so that was that.

Were there any specific promises made when Reported.ly was first created, about how long it would continue or what benchmarks you had to hit? And did you you hit them?

The original plan was for us to spend the first year establishing the brand and experimenting with different types of reporting techniques. If we were successful at that, we’d then identify our strongest areas for growth and begin developing business plans around them, including taking our first steps into revenue generation. We were at the final stages of mapping those things out when they told us we were going to be shut down instead.

In a larger sense, do you think you and the team did what you initially set out to do? Are there any projects you are particularly proud of?

The most disappointing aspect of this is that we actually exceeded my initial expectations, and that in the end it didn’t really matter. We established our brand as a trusted go-to source for global breaking news, especially on stories related to conflict and human rights. We developed a huge source network and received lots of positive encouragement from our peers. We won a Breaking News award from the Online News Association. And we’ve been growing like gangbusters too—our FB page has grown from 18k fans in January to nearly 130k fans today. It was all coming together, and we were eager to begin scaling up and exploring our revenue potential. But here we are.

Did the choice to have the project live inside various social platforms make it harder to monetize, and did that contribute to First Look’s decline in interest? Was there a road map for somehow generating revenue?

We never really got pushback as far as capturing eyeballs were concerned. Being a social-centric news initiative, our core audiences were on social platforms. The primary goal of our website was to serve as an archive of all of our work for the sake of the Open Web rather than a traffic generator. We were exploring possible revenue streams when we got the news, but never got the opportunity to test them out.