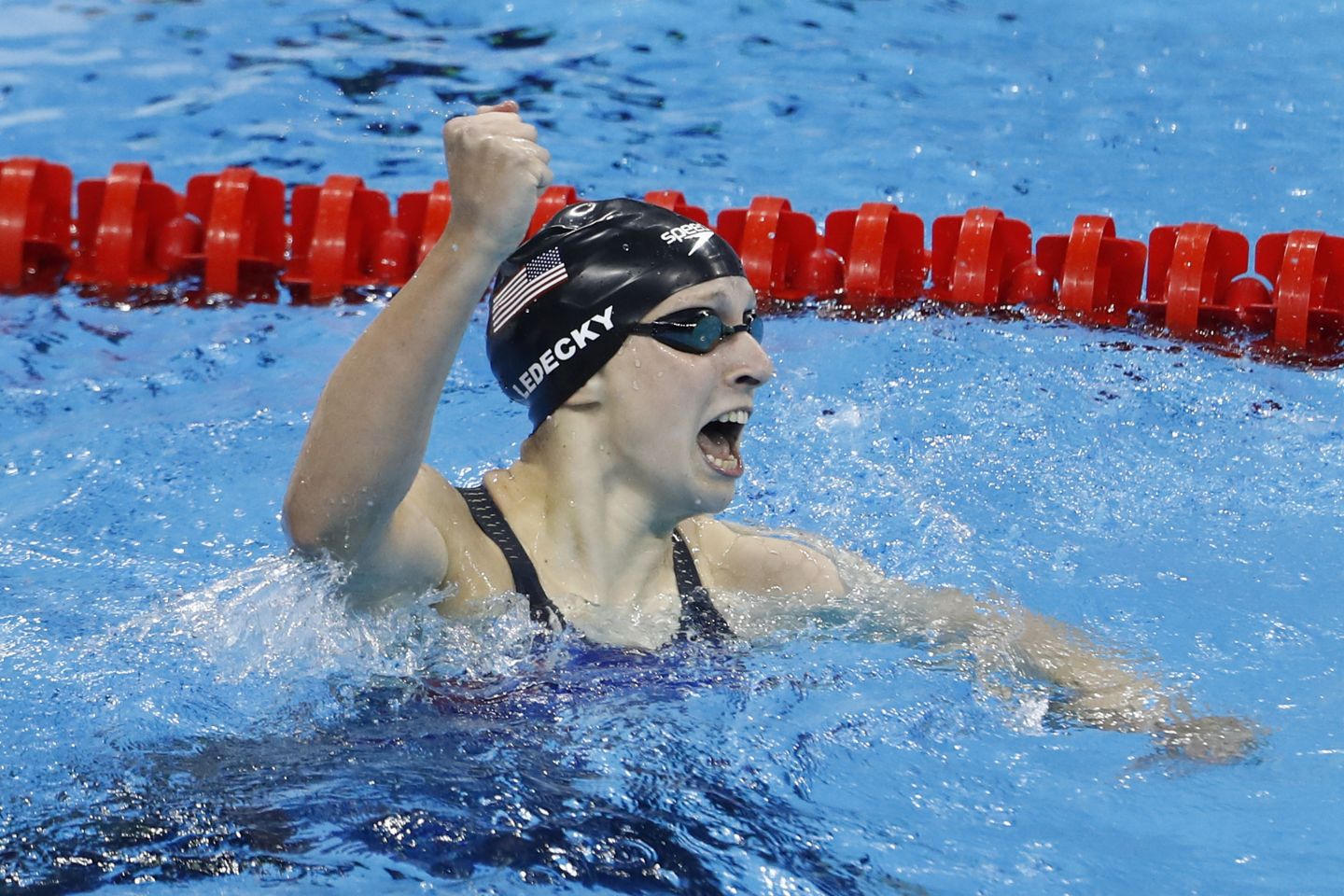 American swimmer Katie Ledecky took home gold in the 400-meter freestyle on Sunday night, and shattered her own world record in the process.

The gold is the first for the United States this year in swimming.