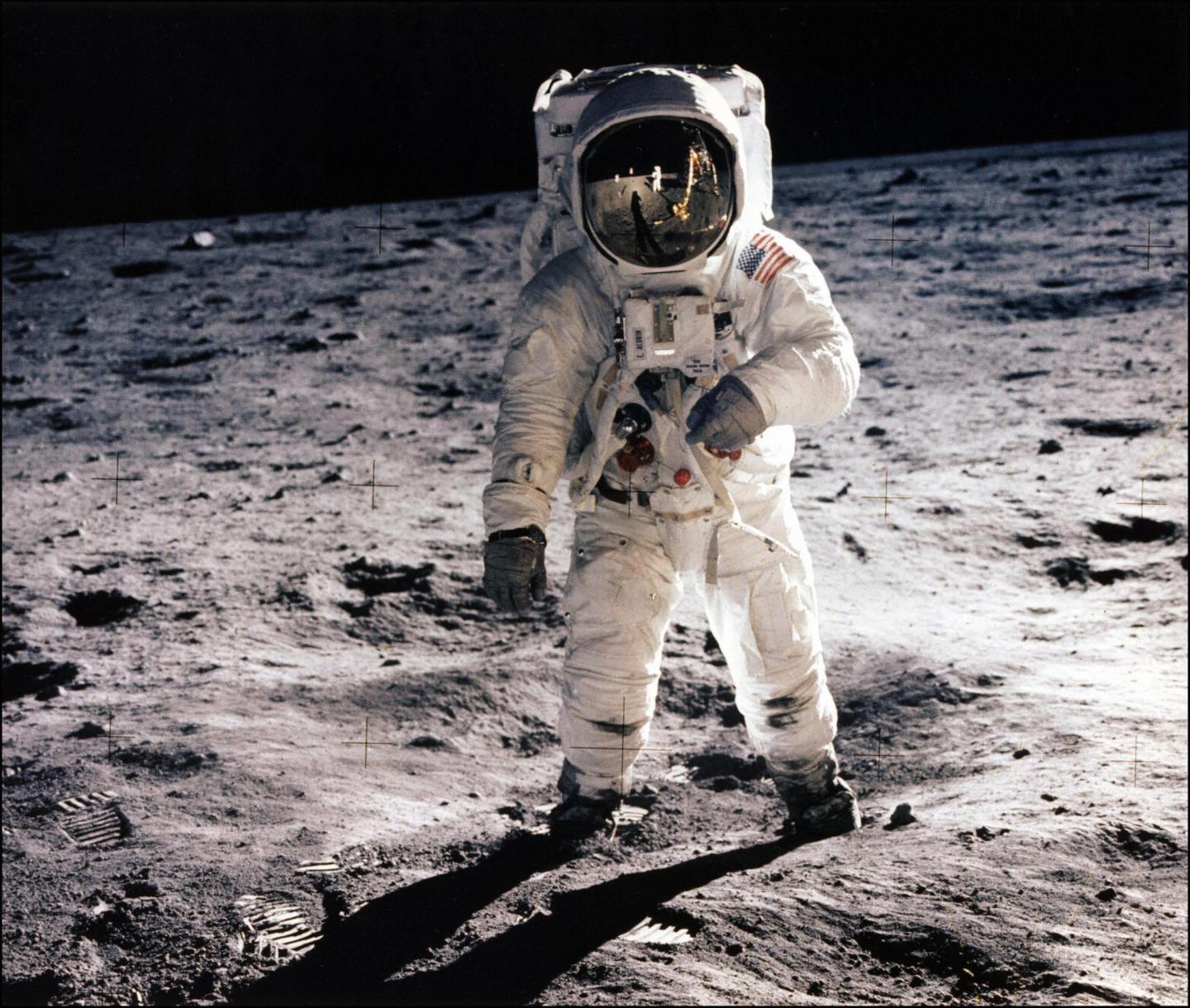 -- RESTRICTED TO EDITORIAL USE -- TO GO WITH AFP STORIES : SPACE-MOON-ANNIVERSARY (FILES) -- Picture taken on July 20, 1969 shows astronaut Edwin E. Aldrin Jr., lunar module pilot, walking on the surface of the moon during the Apollo 11 extravehicular activity (EVA). Astronaut Neil A. Armstrong took this photograph with a 70mm lunar surface camera. With one small step off a ladder, commander of the Apollo 11 mission Neil Armstrong of the US became the first human to set foot on the moon on July 20, 1969, before the eyes of hundreds of millions of awed television viewers worldwide. With that step, he placed mankind's first footprint on an extraterrestrial world and gained instant hero status. AFP PHOTO / NASA (Photo credit should read NASA/AFP/Getty Images)
AFP AFP/Getty Images

It started with a question, tweeted Aug. 4 by a Twitter user named @mariancall: “What were your first 7 jobs?”

A lot of people joked about internships and even futuristic endeavors (“President of Mars”). Others who joined include ‘Hamilton’ creator Lin-Manuel Miranda, singers Christina Perri and Regina Spektor, comedian W. Kamau Bell and even Monica Lewinsky:

Expanding on this briefly, he replied to a Twitter user who remarked about the “Drawing 1 model” gig, writing “best paying job at Wesleyan. Got nekkid for 14 bucks an hour, real tasteful like.”