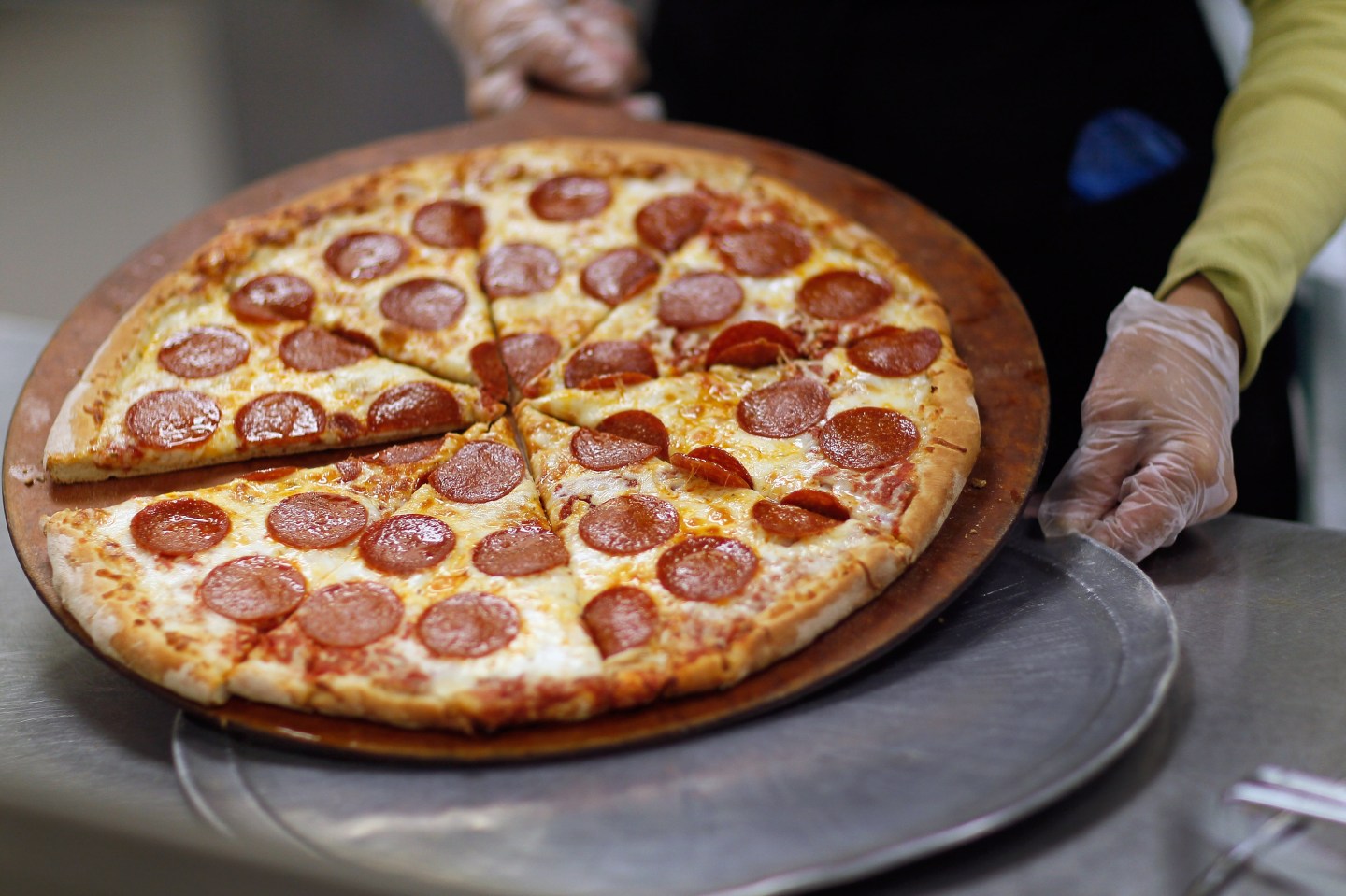 Ohio’s Xavier University can now boast its the owner of the nation’s first official “Pizza ATM.”

The vending machine will serve up hot pies 24 hours a day, seven days a week at just the touch of a button, Cincinnati.com reports.

The 12- inch pies will be served for $9. Customers simply choose their toppings on the touchscreen, hit a button, and within three minutes receive a fresh-baked pizza in a box, dispensed via a special pizza slot.

The pizza ATM works via an internal convection oven, and was invented by a French company. The Pizza ATM has already been available for 14 years, but Xavier University is the first location for one in the United States, according to Cincinnati.com.

Although there are 70 pizzas stored in the ATM at a time, they will probably be restocked fast, as the only other pizza options available to students is a Domino’s, according to Cincinnati.com.

“It is the best pizza I’ve ever had, and I hate to admit that as a New Yorker,” Jennifer Paiotti, marketing director of XU’s auxiliary services, told WCPO Cincinnati.

These are some of the reactions the Pizza ATM has had so far:

Guys, the stories are true! Xavier now has North America's first Pizza ATM and we got it j… https://t.co/oVJlzHXjsv pic.twitter.com/mbTvsQQmpz

The first Pizza ATM pizza in the nation has been presented to the women's soccer team today. Thanks @XavierDining pic.twitter.com/1zX4IppSvt

THIS IS GOING TO CHANGE MY LIFE. IT'S A PIZZA ATM. I'm basically Liz Lemon #sachat #reslife #livingthedream https://t.co/4p2sSzGJHA

Cleary school administrators and student taste-testers are already giving it the thumbs up.