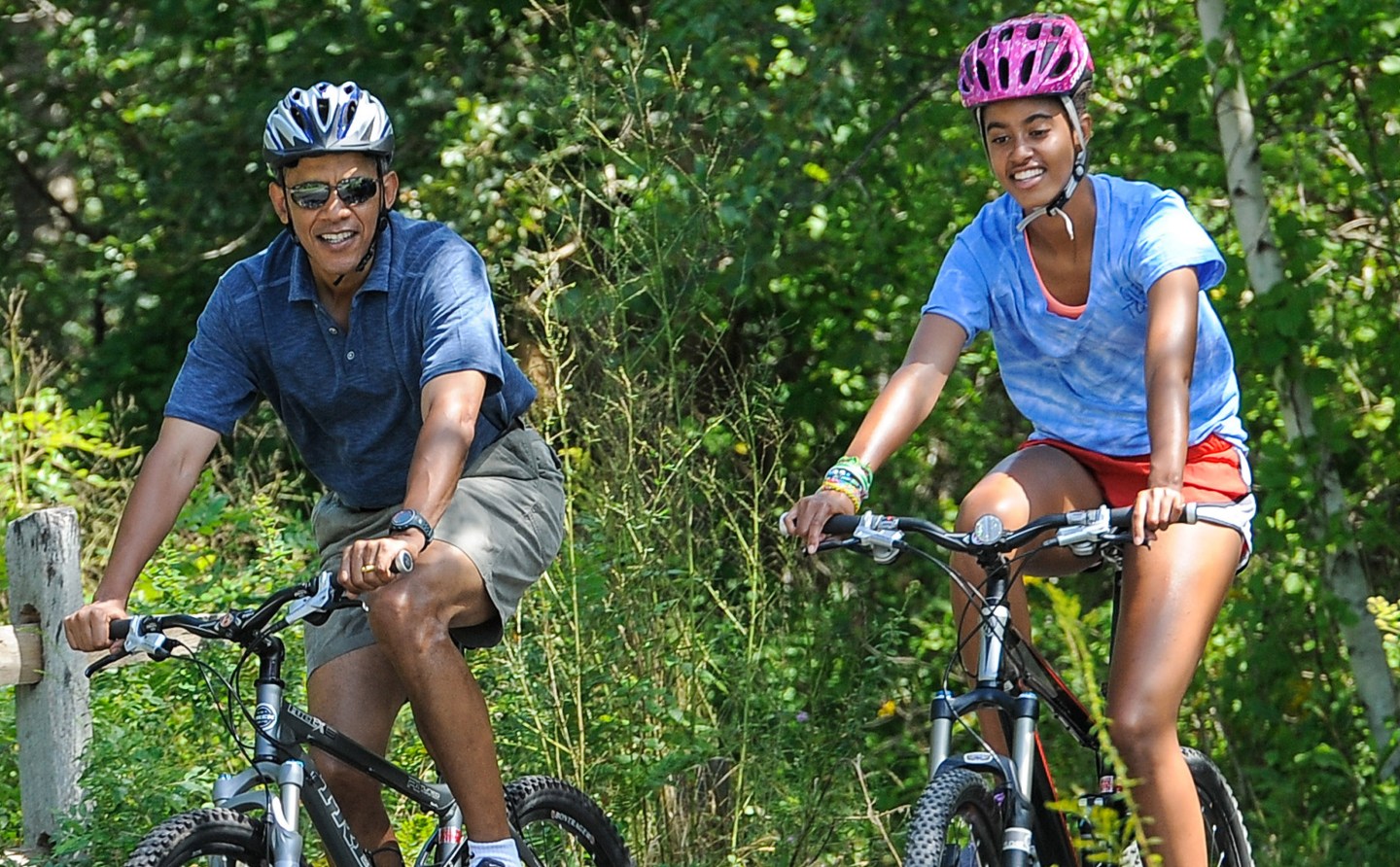 President Obama’s Martha’s Vineyard vacation has officially begun, marking the second time the president has chosen the island over attending the summer Olympics.

Obama did not attend the previous Olympics in London in 2012, and instead sent his wife, Michelle Obama. The president also passed over both sets of winter Olympics, and sent Vice President Joe Biden in his place to represent the White House in 2010 in Canada.

By skipping the quadrennial summer Olympics that began Friday in Brazil, he will have missed all four of the international sports competitions held during the seven and a half years of his presidency, the Daily Mail reports.

A White House official told the Daily Mail that the prevalence of the Zika virus in Brazil did not affect Obama’s decision to not attend this year’s games.

Obama arrived on the Massachusetts island of Martha’s Vineyard on Friday, a day earlier than originally scheduled. The President will enjoy a 17-day break with his wife, daughters Sasha and Malia, and dogs Bo and Sunny before he will battle with the Republican-controlled Congress over Iran, spending, and other issues in September, according to the Associated Press.

The Obamas arrived at their vacation home in Chilmark, the same seven-bedroom, nine-bathroom property the president rented last year. The vacation is Obama’s sixth on the island since he became president. He did not vacation here during his 2012 re-election campaign, the AP reports.

Obama is not expected to make any news during his stay, nor does he have any appearances scheduled. Instead the president is expected to fill his days with leisurely rounds of golf, beach outings, bike rides, and hikes with his wife and daughters. Obama may run into the Democratic presidential nominee Hillary Clinton on the island, who, like the Obamas, is reportedly expected to attend a birthday party for Ann Jordan, the wife of Democratic adviser Vernon Jordan, according to the AP.

Last year’s vacation was less than relaxing for the president, as his vacation began when the U.S. started launching airstrikes against Islamic militant targets in Iraq, the AP reports. His vacation was interrupted several times when he addressed the political developments in Iraq, the beheading of American journalist James Foley by Islamic State militants, and the violent protests in Ferguson, MO., following the fatal shooting of Michael Brown, an unarmed, 18-year-old black man who was shot by a white police officer.