When Beliefs and Values Collide: The Olympics and the GOP 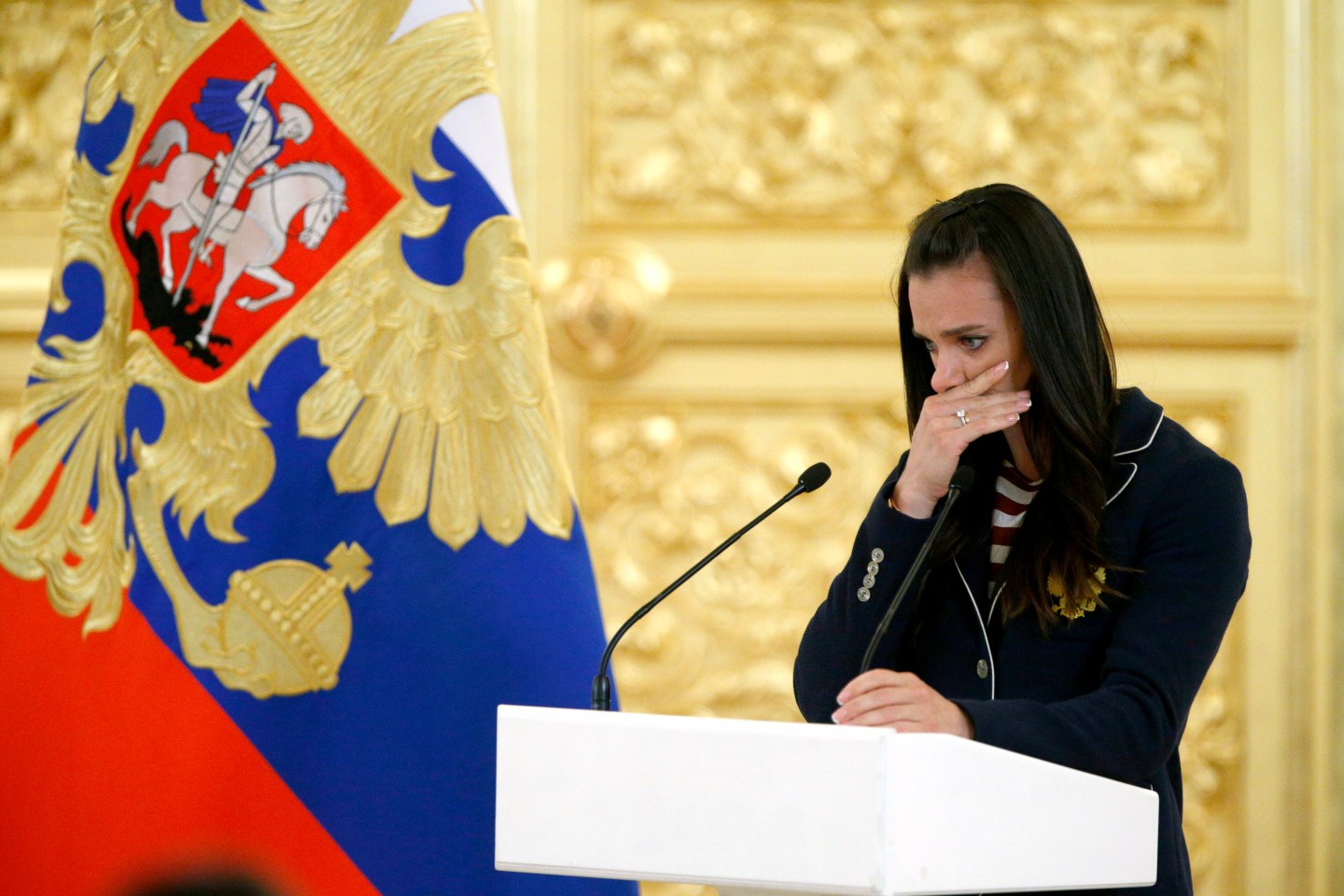 Russia's pole vaulter and Olympic champion Yelena Isinbayeva gestures as she speaks at the Kremlin, in Moscow, Russia, Wednesday, July 27, 2016 during a reception for the Russia's Olympics team. At least 105 athletes from the 387-strong Russian Olympic team announced last week have been barred from the Rio Games in connection with the country's doping scandal. (AP Photo/Alexander Zemlianichenko)
Alexander Zemlianichenko — AP

On this, the first day of the 2016 Rio Olympics, it’s worth talking a little bit about teamwork. Normally, as a recent piece on HBR.org by HBS professor Gautam Mukunda (h/t to @cliftonleaf for the suggestion) makes clear, teams (really, any organization) tend to share the same values and beliefs. Having both a common goal and an agreed-upon way of getting there is what makes the “teamwork” part happen. But what happens if your team’s beliefs and your values don’t align? Which do you follow?

There are two relevant case studies that come to mind: First, as Mukunda analyzes brilliantly, the Republican Party. Some Republicans have chosen their values over their team, refusing to endorse Donald Trump because they don’t think he represents the things that are the essence, to them, of being a Republican (Mitt Romney and the Bush family fall into this camp). Others, such as Paul Ryan and Mitch McConnell, have criticized Trump for statements that they don’t agree with (particularly those relating to race), but continue to endorse him, demonstrating, in Mukunda’s words, that while they believe in inclusivity, it is not one of their fundamental values: “Because values are what you do when the choice is hard,” he writes.

Another example is the Russian Olympic team, now much diminished after many of the athletes were banned for doping. In Russia, like other countries, there is a fundamental belief in athletic superiority as a proxy for national superiority. It is clear that there was intense pressure to do whatever it took to win for the home nation—even if that meant abandoning one’s core values of fair play. The choice is an ugly one, filled with personal danger as well.

But there were leaders on that team—most notably, in my view, Yuliya Stepanova, who blew the whistle, but then was not allowed to compete because she had admitted to previous doping. She chose values over beliefs—and still has lost her livelihood. She is, however, a leader. As Mukunda writes: “Leaders aren’t judged just by the everyday choices they make. They’re measured most importantly by what they do when every option seems like a bad one.”