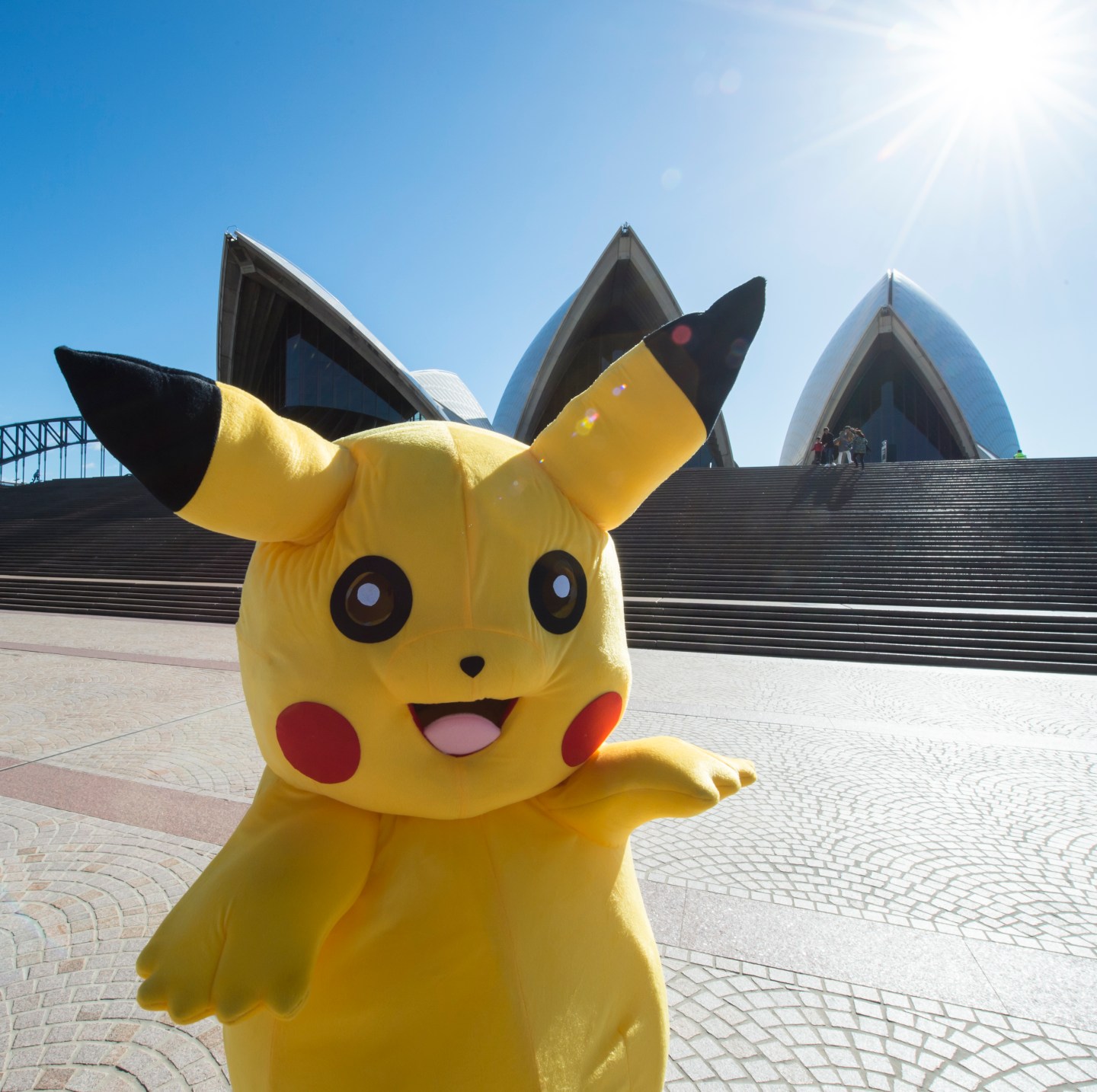 Pikachu doing some promotional meeting and greeting for a mobile phone company near to the Opera House and Harbour Bridge on July 23, 2016 in Sydney, Australia.
Photograph by James D. Morgan — Getty Images

He wanted to “be the very best,” and became the very first to ‘catch ’em all.”

New Yorker Nick Johnson, a 28-year-old author and head of platform at the mobile tech consulting startup Applico, has literally traveled the globe playing Pokémon Go since the augmented reality mobile game debuted in July and took the world by storm.

He’s Pokéballed extremely rare Pokémon on at least four different continents, some that are only regionally available, until recently catching all 147 of the digital cartoon characters that have officially been released by Niantic, the game’s maker, Fast Company reports.

His last Poké-capture was a Kangaskhan (image below), exclusively available in Australia and New Zealand, which he snagged “right in front of a Tommy Bahama” while visiting Sydney this week, according to Fast Company.

“I fear not the wrath of Khan,” Johnson tweeted on Thursday.

Johnson’s rise to Pokémon master caught reporters’ attention on July 20, when a Reddit user announced that Johnson had caught all the Pokémon available in the U.S.

Parent company Nintendo’s stock (NTDOY) skyrocketed in the weeks that followed, leading to a McDonald’s (MCD) sponsorship deal in Japan.