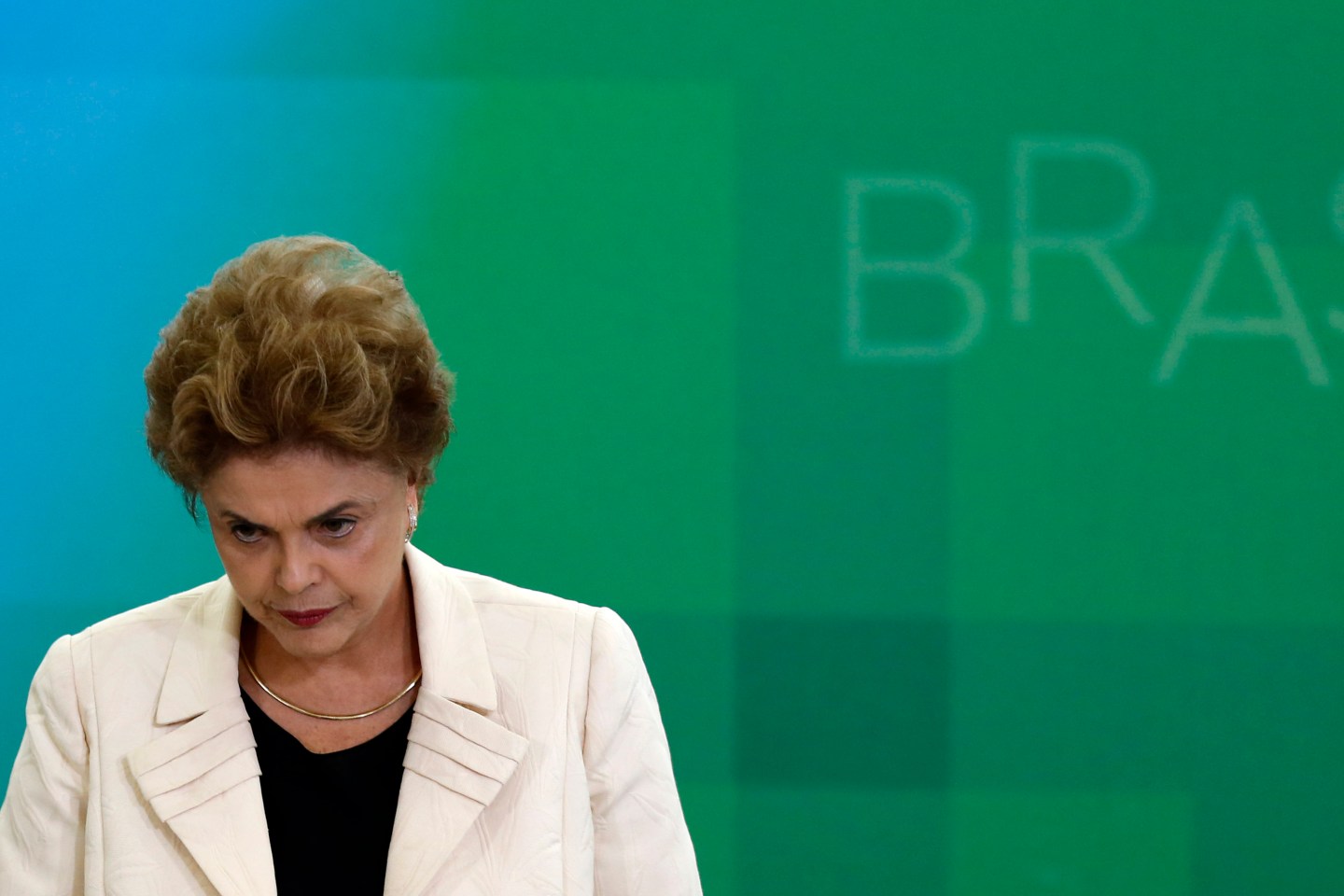 A Senate impeachment committee voted on Thursday to put suspended Brazilian President Dilma Rousseff on trial in the full chamber for breaking budget laws, opening the way for her to be removed from office.

The 21-member committee voted 14-5 to try Rousseff for allegedly doctoring government accounts to allow more public spending in the run-up to her 2014 re-election.

Her impeachment would mark the end of 13 years of rule by the left-of-center Workers Party. Along with a string of corruption scandals, it has already set off Brazil‘s worst political crisis in decades as the country prepares to host the Olympic Games in the midst of a severe recession.

The political uncertainty has kept most foreign leaders away from the Games, which open on Friday in Rio de Janeiro.

See also: What Rio’s Terrible Pollution Looks Like On the Ground

The Senate will vote next Tuesday whether to accept the charges against Rousseff and begin her trial that should reach a verdict at the end of the month.

“The committee vote confirms not only that Rousseff knowingly broke fiscal laws, but also that she was a dishonest administrator,” committee member, Senator Ricardo Ferraço, told reporters.

Surveys by Brazilian media indicate that more than two-thirds of the senators favor removing the leftist leader, which would confirm interim President Michel Temer in her place for the remainder of her term through 2018.

Rousseff has denied she broke budget laws and maintains she is the victim of a right-wing conspiracy to overthrow her government that advanced the interests of Brazil‘s poor. Her office declined to comment on the committee vote.

Rousseff is accused of altering official budget figures and using funds from state-run banks to cover up the real state of Brazil‘s faltering economy as she ran for reelection.

Her trial in the Senate would be presided over by Chief Justice Ricardo Lewandowski, whose office said proceedings could start on Aug. 26 and last about a week.

Brazil‘s stock market and currency have strengthened since Rousseff was suspended by the Senate on May 12 as investors bet on her removal and the confirmation of Temer, who has outlined policies favoring private business.

Only 28 heads of state and government have confirmed their attendance at the Summer Olympics, far fewer than the 50 expected by organizers last week, Brazilian government sources told Reuters on Wednesday.

They said there have been no requests so far for bilateral meetings with Temer, a conservative who Rousseff has accused of being part of the conspiracy against her.

Temer’s chief of staff Eliseu Padilha said the interim president was Brazil‘s constitutional head of state, but he acknowledged to reporters in Rio that doubts about the current interregnum had kept foreign leaders away.