This City Is About To Get Its First Ever ‘Poop Café’ 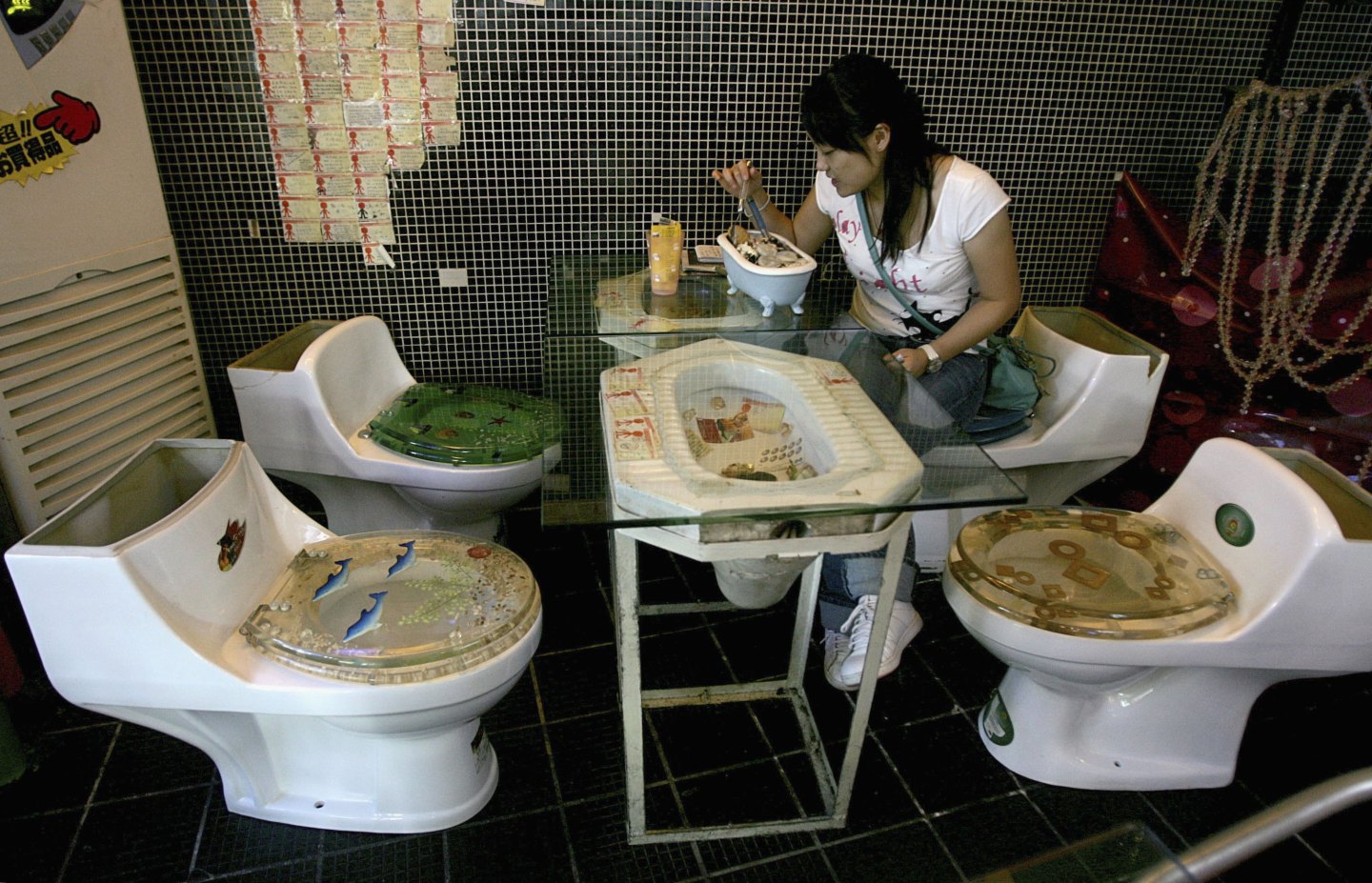 A new café in Toronto wants to change the way people think about poop.

Her idea to open the poop-themed restaurant came when she visited a restaurant called “Modern Toilet” in Taiwan.

“We checked out a toilet-themed restaurant and I just loved it. It’s funny to put food and poop together; it’s a great comparison,” she told the Star. “It stayed in my mind for a long time. As soon as I finished school, I said, ‘OK, I’m going to bring the restaurant to Toronto.’”

Nguyen told the Star that, through her new café, she hopes “people will change their minds about poo.”

“[It’s] considered very disgusting, [something] you can’t talk about when you’re eating,” she said … until now.”

According to the Star, Nguyen plans on making all of the items available at her café brown, formed like a stool, and served in toilet-shaped dishes.

As unique as it might sounds, Nguyen’s Poop Café and Modern Toilet, which as been around since 2004, are not the first of their kind.

Ok first question: which one do you like to take pic with in Poop Cafe ?? pic.twitter.com/4fJshHQwMW

The Crazy Toilet Café opened in Moscow last year, as did the Ddong Café in Seoul and Boracay Toilet in the Philippines. And according to the Star, similar restaurants exist in Indonesia, China, and Japan.