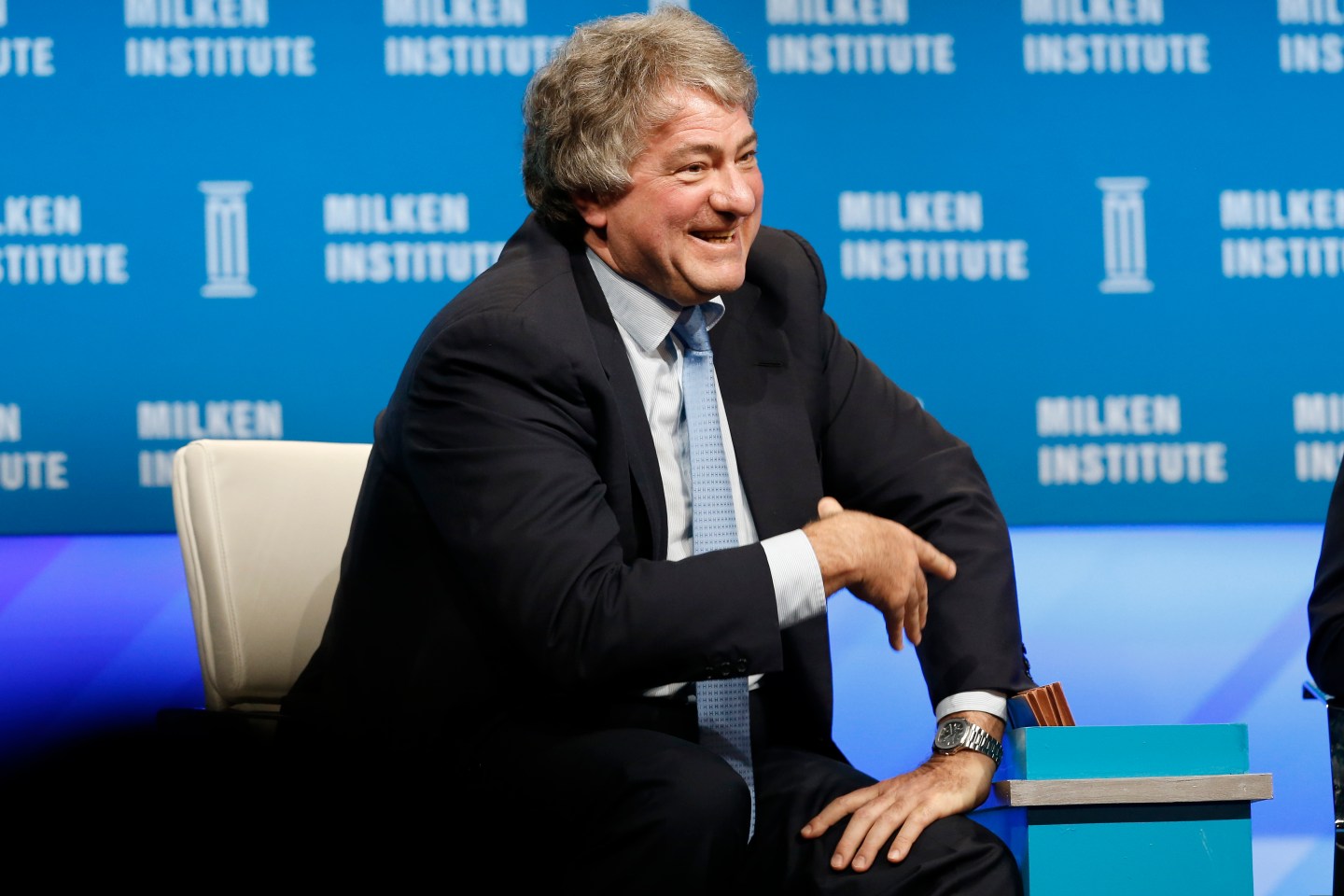 At a time when many private equity firms have found attractive deals hard to come by, Apollo Global Management—a reported suitor in a potential buyout of Hewlett Packard Enterprise—is having no such problem.

Apollo invested $5.9 billion in new opportunities in the second quarter of this year, more money than its three largest competitors invested during the same period—combined. Still, the private equity firm said it managed to avoid overpaying for deals, spending an average of six times earnings for its buyouts while the overall industry paid an average valuation multiple of 10.

“Not only are we putting a lot of capital to work, but we put it to work at four multiples lower than what our peers are doing,” Apollo CEO Leon Black said during the firm’s second-quarter earnings conference call Wednesday. “We also have a robust pipeline today of deals that we like,” Black added, without specifying whether that included HPE or others.

The alternative asset manager said it deployed nearly three times as much capital as it did the previous quarter, with most of the money going to private eqiuty deals. In the first half of the year, Apollo (APO) invested a total of $8.1 billion, 59% more than its investments over the same period in 2015. That doesn’t even include the $1.6 billion it is spending to acquire Outerwall (OUTR), the owner of video rental company Redbox, in a take-private deal announced last month.

Meanwhile, the private equity industry has moved in the opposite direction. There were 8.4% fewer private equity buyouts in the first half of 2016 compared to the first half of last year, according to a report by Mergermarket and law firm White & Case. At the same time, the value of those deals rose 18% to $74.3 billion, indicating that firms are paying more per buyout.

“This is a challenging time to invest given low or negative interest rates around the world alongside slowing growth,” Carlyle co-CEO William Conway Jr. said last week as the firm reported earnings.

Lately, Apollo’s bargain hunting philosophy has worked out well, Black said. The quarter was the firm’s most profitable in almost three years, thanks in large part to one of its newest funds—which is also its biggest, with more than $19.4 billion in profits—breaking even during the period, and beginning to return money to the firm by earning so-called carried interest. The fund, known as Fund VIII, just closed at the end of 2013, making it unusually quick to turn a profit in the world of private equity, where funds can take as much as a decade to earn money. The strong performance was driven by a 20% markup in the value of one of its portfolio companies Athene, an annuity underwriter that is planning to go public in the coming months.

Some of Apollo’s older funds have not performed as well, particularly Fund VI, which had $56 million in paper losses during the quarter. That fund still owns a large chunk of Caesars Entertainment (CZR), whose buyout proved to be a notorious loser of a deal, and which filed for bankruptcy last year. Caesars’ stock price sank 8% on Wednesday after the casino operator swung to a $2 billion loss in the second quarter.