How the Tech Behind Bitcoin Could Revolutionize Wall Street 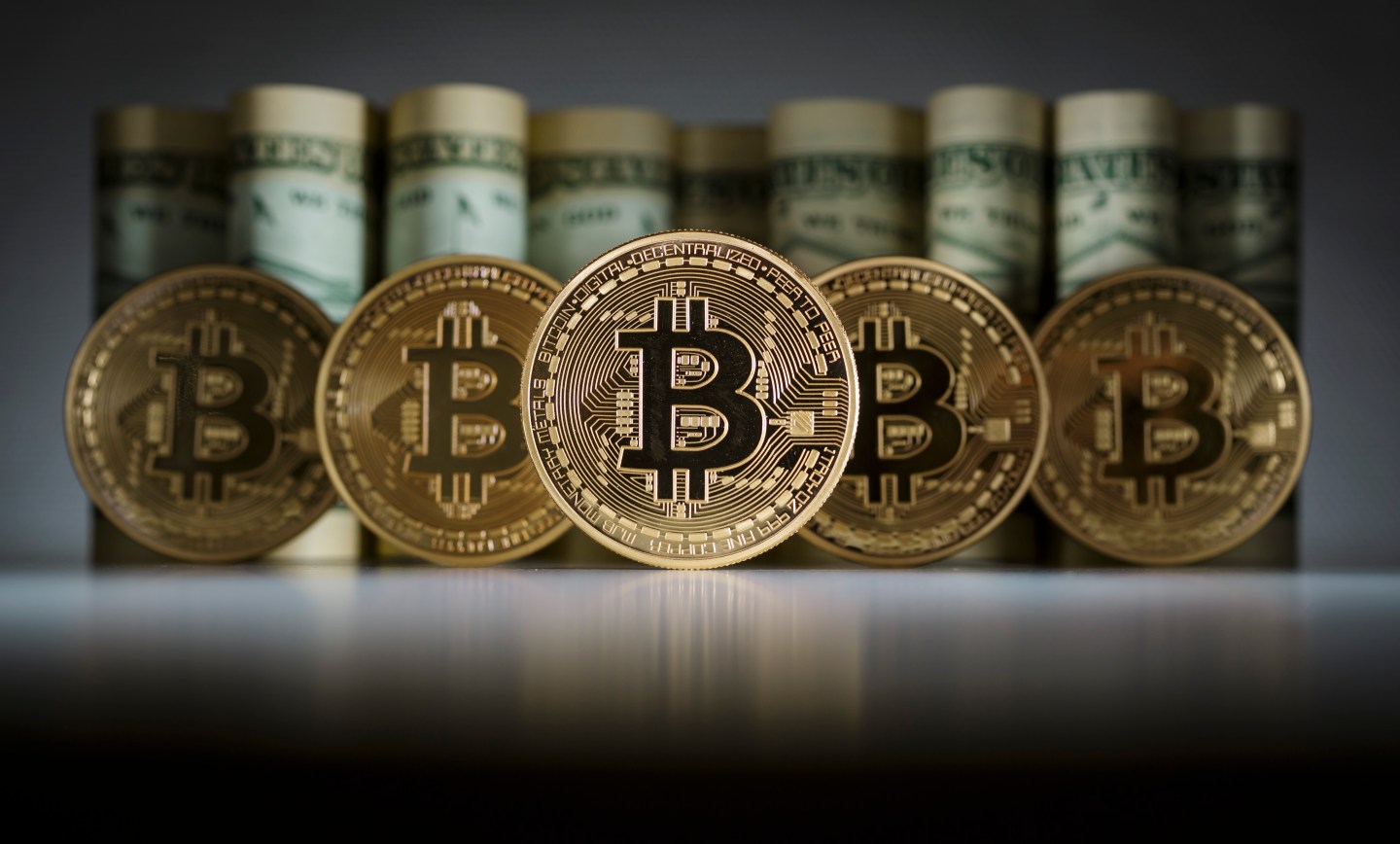 From its mysterious origin story to its ties to black market dealings, Bitcoin has been closely watched since its emergence in 2009. But the digital currency hasn’t captured attention for controversial reasons alone. Many believe the underlying technology that powers bitcoin transactions, a system known as blockchain, has the potential to upend how Wall Street does business.

At its most basic level, a blockchain is a new means of structuring and distributing data. It allows financial companies and other institutions to create a digital ledger guarded by cryptography that can be shared among participants in a transaction. This makes it so that authorized participants can alter the ledger without awaiting approval from a central authority, often resulting in faster and more secure transactions that can save financial institutions time and money.

Bitcoin itself is in the throes of a tumultuous year, as the community is divided by deep philosophical differences. But some observers say blockchain will thrive regardless of bitcoin’s fate. More than 100 executives from major Wall Street firms like Citigroup (CITIC-GROUP), Visa (V), and Fidelity (FNF) recently gathered at Nasdaq’s (NDAQ) New York offices to experiment with blockchain. The event was hosted by Chain, a startup that specializes in developing blockchain systems for assets like corporate securities and loyalty points.

TIME recently spoke with Chain CEO and co-founder Adam Ludwin to learn more about blockchain and the potential it holds for Wall Street and beyond. Below is a transcript of our conversation. It has been edited for length and clarity.

TIME: The blockchain system was discovered and popularized through bitcoin. How will Wall Street use blockchain technology differently than the bitcoin system does?

Ludwin: This whole idea for a blockchain was invented to solve this double spending problem that had been challenging computer scientists for a long time. And in the bitcoin whitepaper, all of these concepts were put together in a very elegant way that launched a new Internet-based network that was open and decentralized.

The problem is, we have to adopt a new currency with bitcoin should we want to use it. So I can send bitcoin to Vietnam and that’s wonderful and very powerful, however that means I have to get bitcoin and my receiver needs to be willing to accept it.

And then beyond that, the senders and receivers have to be willing to essentially adopt the governance, scalability, and transparency features of bitcoin. And by the way, I don’t think bitcoin is a failure. I think bitcoin, despite all the controversy, is alive and well today. The reason that we’re doing something else is that we’re not interested in moving bitcoin. Bitcoin has already solved that. We’re interested in building new networks that move dollars, stocks, bonds, loyalty points, gift cards, you name it, in the same manner with the same speed and directness that bitcoin moves.

There has been a lot of buzz about how blockchain technology could make financial transactions faster, cheaper, and more secure. Can you go into more detail about how exactly it will do that, and where we’ll see the most impact?

[One example] is in the realm of international payments. If you look at how an international wire transfer today occurs, what we have is a messaging system called SWIFT, which is essentially a fancy financial email between banks. So messages get sent, and those messages trigger the movement of money from bank to to bank on several hops, depending on where the receiver is and where the sender is. And that whole process can take several days and can eat up several percentage points of the payment amount.

If we can put currency into a native digital format, instead of sending an electronic message, we can send the assets themselves electronically. The difference is what these cryptographic databases known as blockchains bring to the world. If we can do that, if we can send the assets themselves as opposed to just sending messages, then I can pay a supplier in Vietnam as fast as I can send an email to Vietnam.

The second example is in the capital markets. In the United States, on one hand we have high frequency trading, but once those trades are filled, we have extremely low frequency clearing and settlement systems. In other words, we can match an order in nanoseconds, but it still takes three days for the securities and cash to eventually swap between the counter-parties.

Just like in the international payments arena, we have a messaging system for sending trade information between institutions, and then we have a separate system for how we hold on to and move the assets themselves. And the difference between those messages and the actual asset movement are all of the steps, like authorization, clearing, settlement, error handling and so on, which are essentially the agreement of the middle and back office of Wall Street.

Wait, What Is Blockchain?

There’s also been some talk about how blockchain systems could be applied to other industries. A note from Goldman Sachs (GS), for example, outlined how blockchain databases could be used to manage the identities of Airbnb hosts. What are your thoughts on that?

We view a blockchain functionally as a next generation database for financial assets. We think for most non-financial use cases, traditional database technology is suitable. And the reason for that comes down to what the fundamental purpose of using a blockchain architecture is. The purpose is: when you need to stretch your database over an entire market, so that when you move your assets from point A to point B, it does not leave a copy at point A. In other words, where we can make a recorded electronic asset function like cash, where I just hand you cash and we’re done.

Wall Street is starting to experiment with blockchain technology. What are the biggest challenges these firms are facing so far with blockchain adoption, and do you think our financial system will ever run entirely on digital assets alone?

We’re definitely moving toward this model. There’s no doubt in my mind, based on the projects we’re working on and what we’re seeing. The main challenge right now is that institutions by and large are still asking the wrong questions with respect to blockchain technology. They’re asking, how can we use blockchain to streamline our middle and back office? How can we use blockchain technology to make our operation more efficient?

The question you need to ask as an executive is, what role do we want to play in that new network model? This is not just about change within one organization, but is about change across the market, and who’s going to be leading that charge.

Think about the music industry. If I say music industry, what pops into your head is probably companies like Apple (AAPL) and Spotify, and probably not record labels or live music. And even though at every stage it’s just music, as the medium has changed, the fundamental nature of that music distribution has changed. The winners and losers who bring that music to the masses have also changed. It will take time, but it will be faster than people realize.