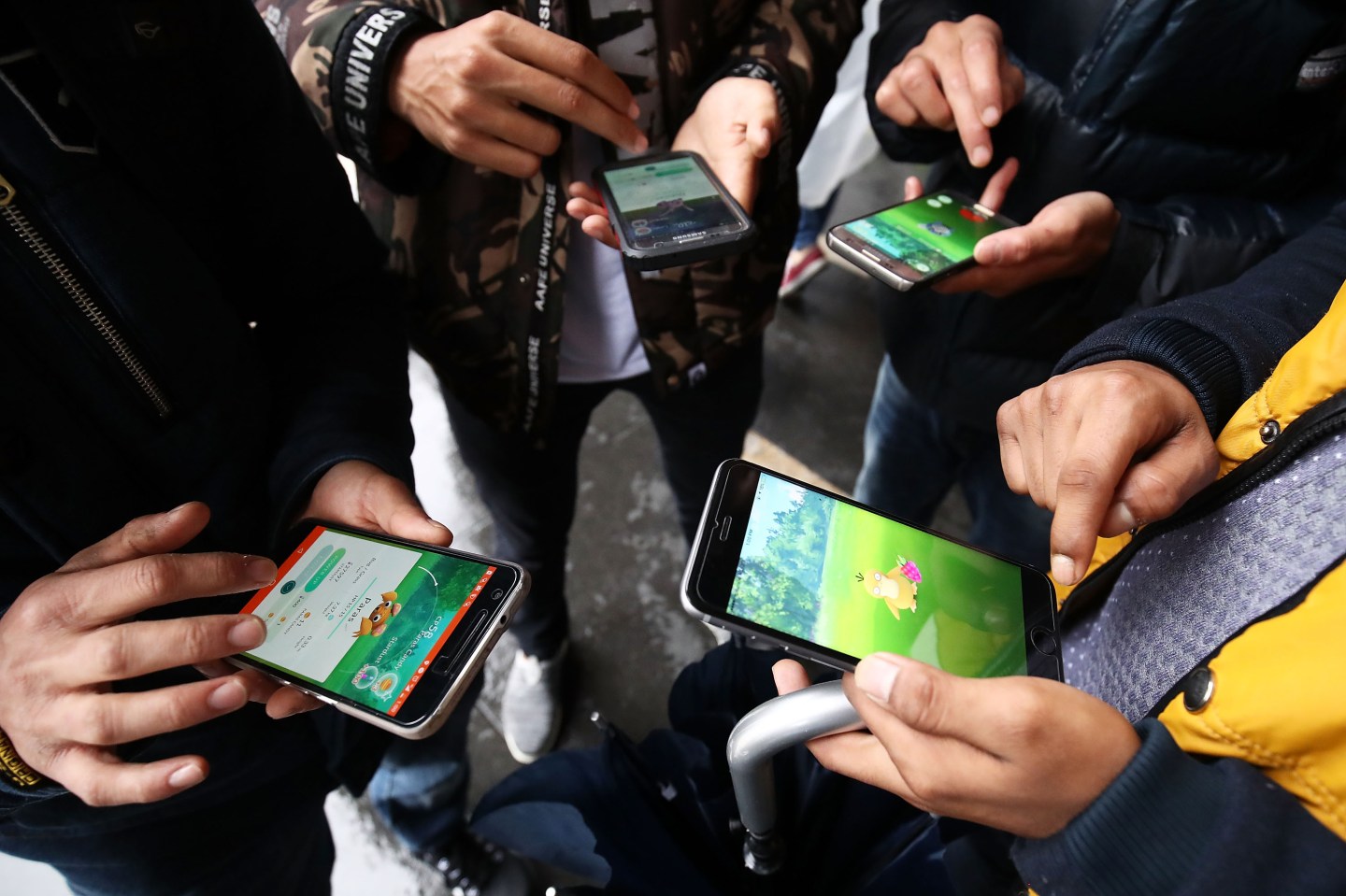 SYDNEY, AUSTRALIA - JULY 20: Pokemon GO players meet at Sydney Opera House on July 20, 2016 in Sydney, Australia. The Opera House hosted a Pokemon gathering, adding lures to all nearby Pokestops. The augmented reality app requires players to look for Pokemon in their immediate surroundings with the use of GPS and internet services turning the whole world into a Pokemon region map. The hugely popular app has seen Nintendo shares soar following its limited release in the US, Australia and New Zealand on July 6. (Photo by Brendon Thorne/Getty Images)
Photograph by Brendon Thorne — Getty Images

The creator of mobile gaming phenomenon Pokemon Go is exploring more sponsorships by companies that want to attract character-hunting players to their businesses, the chief executive of developer Niantic Labs said on Tuesday.

Paid sponsorships can reduce the company’s reliance on in-app purchases by players to generate revenue, Hanke said at the GamesBeat 2016 conference.

“It’s tough to understand where you want to draw the line,” Hanke said. By adding sponsorships, the company felt “we wouldn’t have to cave to that pressure to just dial it up a little more.”

Pokemon Go exploded after its introduction in the United States on July 6, sending players into city streets, offices, parks and restaurants to search for colorful animated characters.

The smartphone game uses augmented reality and Google mapping to make animated characters appear in the real world. Players see creatures overlaid on the nearby landscape that they see through a mobile phone camera.

The game has been downloaded more than 100 million times, according to analytics company App Annie, and earns more than $10 million in daily revenue.

Japanese company Nintendo (NTDOY) owns a large stake in the game’s publisher, The Pokemon Company, and has seen its stock price surge after the runaway success of Pokemon Go.

The game also has prompted safety warnings after players glued to their phones stumbled, were robbed or wandered into dangerous places.

Hanke said he is eager for devices that will help people to be more alert about their surroundings while playing the game. Nintendo is developing a device that can be worn on the wrist and alerts players when a Pokemon creature is nearby. The company had planned to debut the product in July but postponed its launch until September.

Wearable devices that work with augmented reality “will give people a way to play the game and not look at their phone all the time and look around them at the interesting places we are trying to help them discover,” Hanke said.

“I’m very excited about investing in that area, about building prototypes and bringing our gaming products to that hardware as it comes to market,” he said.