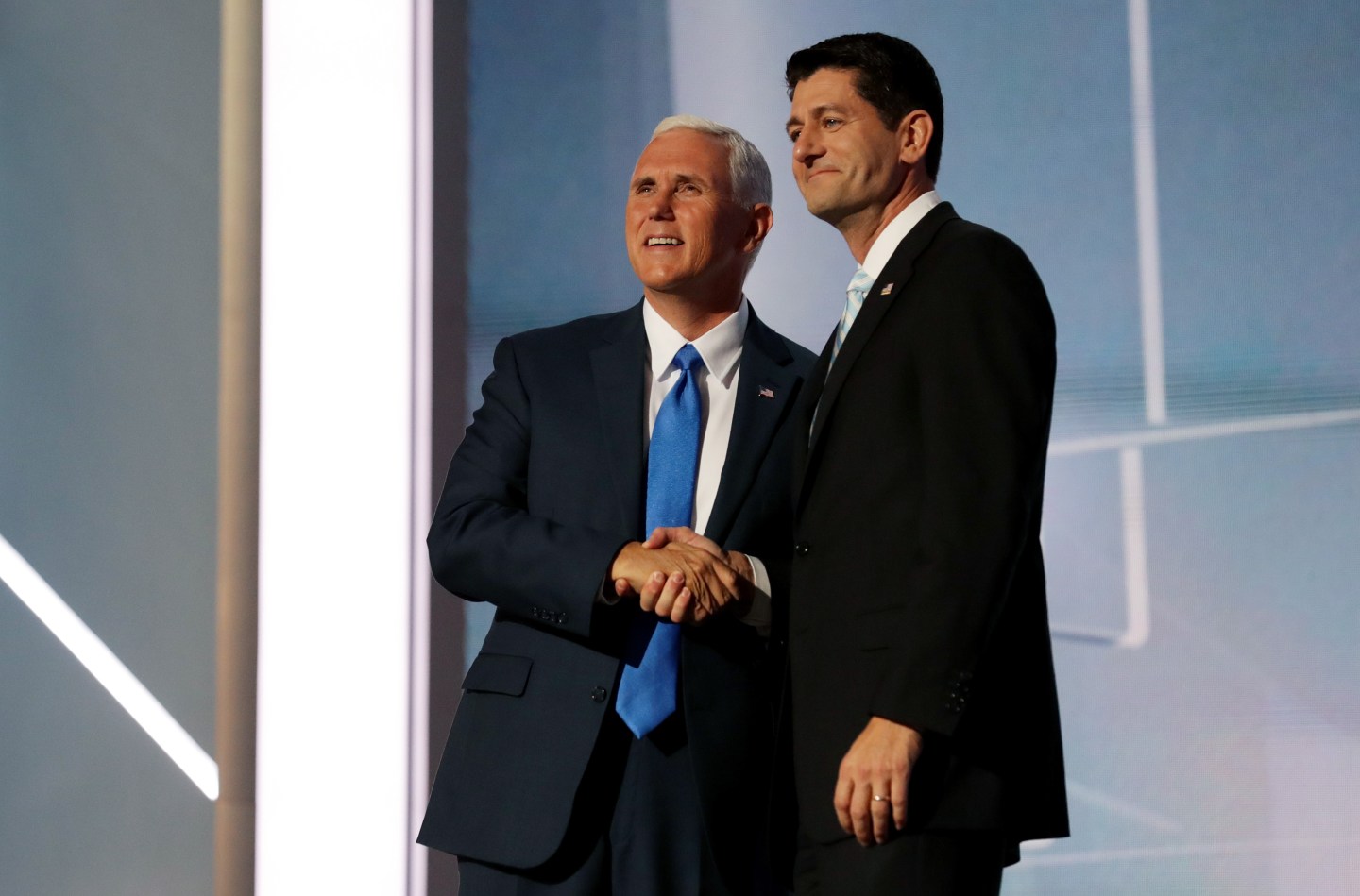 CLEVELAND, OH - JULY 20: Speaker of the House Paul Ryan shakes the hand of Republican Vice Presidential candidate Mike Pence as he walks on stage to deliver a speech on the third day of the Republican National Convention on July 20, 2016 at the Quicken Loans Arena in Cleveland, Ohio. Republican presidential candidate Donald Trump received the number of votes needed to secure the party's nomination. An estimated 50,000 people are expected in Cleveland, including hundreds of protesters and members of the media. The four-day Republican National Convention kicked off on July 18. (Photo by Chip Somodevilla/Getty Images)
Chip Somodevilla/ Getty Images

While Donald Trump has yet to endorse House Speaker Paul Ryan in his upcoming primary race, his running mate offered his support.

Indiana Gov. Mike Pence told Fox News Wednesday that he “strongly” supports Ryan in his reelection bid in Wisconsin, even if the Republican presidential nominee wouldn’t, calling Ryan a “longtime friend” and a “strong conservative leader.”

“I believe we need Paul Ryan in leadership in the Congress of the United States to rebuild our military, to strengthen our economy and to ensure that we have the kind of leadership in this country that will make America great again.”

Pence’s comments come just a day after a Washington Post interview with Trump where the Republican nominee said that he “not quite there yet” on backing Ryan, words that echo the House Speaker’s hesitation to back Trump.

The drama comes only a couple weeks after the GOP convention, where the party was supposed to be united.

This isn’t the first time Pence has had to play cleanup, releasing a statement Sunday that cleared up Trump’s feud with the family of Capt. Humayun Khan, who spoke out against the billionaire in a Democratic National Convention speech.

Pence told Fox that Trump was fine with the endorsement.

“I talked to Donald Trump this morning about my support for Paul Ryan and our longtime friendship,” Pence said. “He strongly encouraged me to endorse Paul Ryan in next Tuesday’s primary and I’m pleased to do it.”