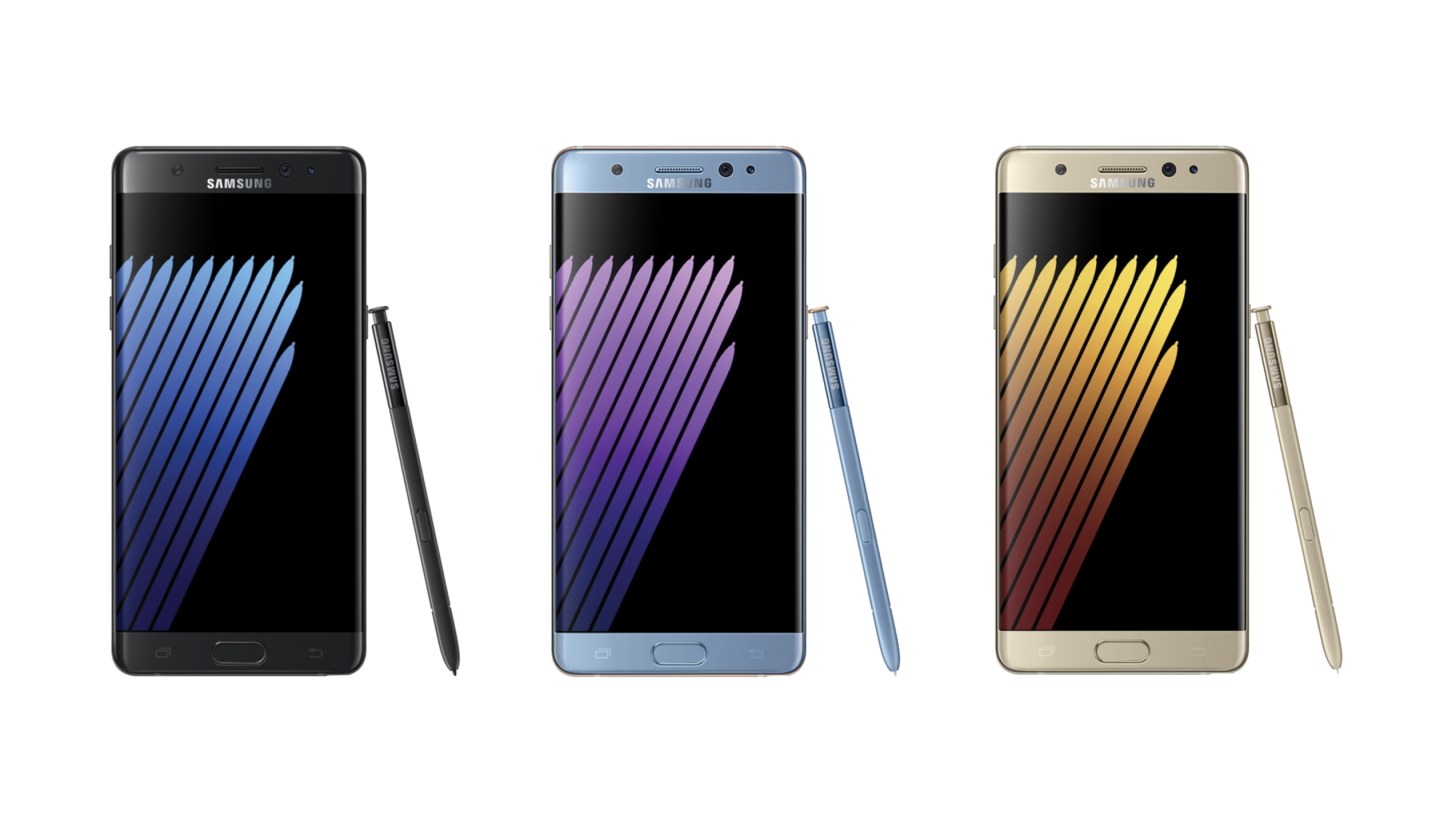 After coming off a strong quarter due to increasing smartphone sales, Samsung on Tuesday is back at it with another flagship handset.

The company on Tuesday unveiled the Galaxy Note7, a device that comes with a 5.7-inch quad-HD display that has two curved edges that can be used to see notifications, get quick access to icons, and more. Like its predecessors, but unlike the already-popular Galaxy S7 and Galaxy S7 Edge, the smartphone will launch with support for Samsung’s S Pen, a stylus-like device that allows users to digitally “write” on the screen.

Samsung (SSNLF) has been touting the Galaxy Note7 for weeks, but its name might come as a surprise to some. Last year’s model, after all, was known as the Galaxy Note 5, and predecessors were named in numerical sequence. However, Samsung said that it went with Note7 branding to keep it inline with its Galaxy S7 models. It also might have something to do with fears that anything with a “6” behind it could confuse customers into believing its an older device when it’s going up against the S7 and the next iPhone, believed to be known as the iPhone 7.

Regardless, the Galaxy Note7 takes several cues from Samsung’s S7 line, including its bundled Qualcomm Snapdragon 820 processor. The smartphone will also ship with Android 6.0.1 Marshmallow, though it’ll be upgraded to Android 7.0 Nougat in the future, and come in the customer’s choice of Blue Coral, Gold Platinum, Silver Titanium, and Black Onyx.

Perhaps most importantly, the Galaxy Note7 will launch on Aug. 19 on all four major U.S. carriers. While Samsung hasn’t yet announced pricing, the company did say that pre-orders will begin on Wednesday. Samsung is also planning an unlocked version that will launch at a later date.

If earlier reports are accurate, that would mean Samsung’s Galaxy Note7 has about a month on store shelves before it needs to face off with Apple’s next iPhone. According to Evan Blass, a prominent mobile device leaker, he has heard from sources that the next iPhone will be unveiled in early September and will launch on Sept. 16.

For more about Samsung’s smartphones, watch:

That gives Samsung plenty of time to catch interested customers before Apple gets consumer attention and puts the device in a full-on fight with the iPhone 7.

In addition to the aforementioned features, Samsung was quick to note the Note7 and its accompanying S Pen will be water-resistant, and the S Pen will come with a smaller tip for improve pressure sensitivity and precision. And on the security front, users will find an iris scanner that will scan a person’s eyes in order to make mobile payments or unlock the device. Those mobile payments can be made via Samsung Pay, the company’s alternative to the Apple Pay mobile payments platform.

For a limited time, those who buy the Galaxy Note7 will get a free Gear Fit 2 wearable or 256GB microSD card to accompany the handset.