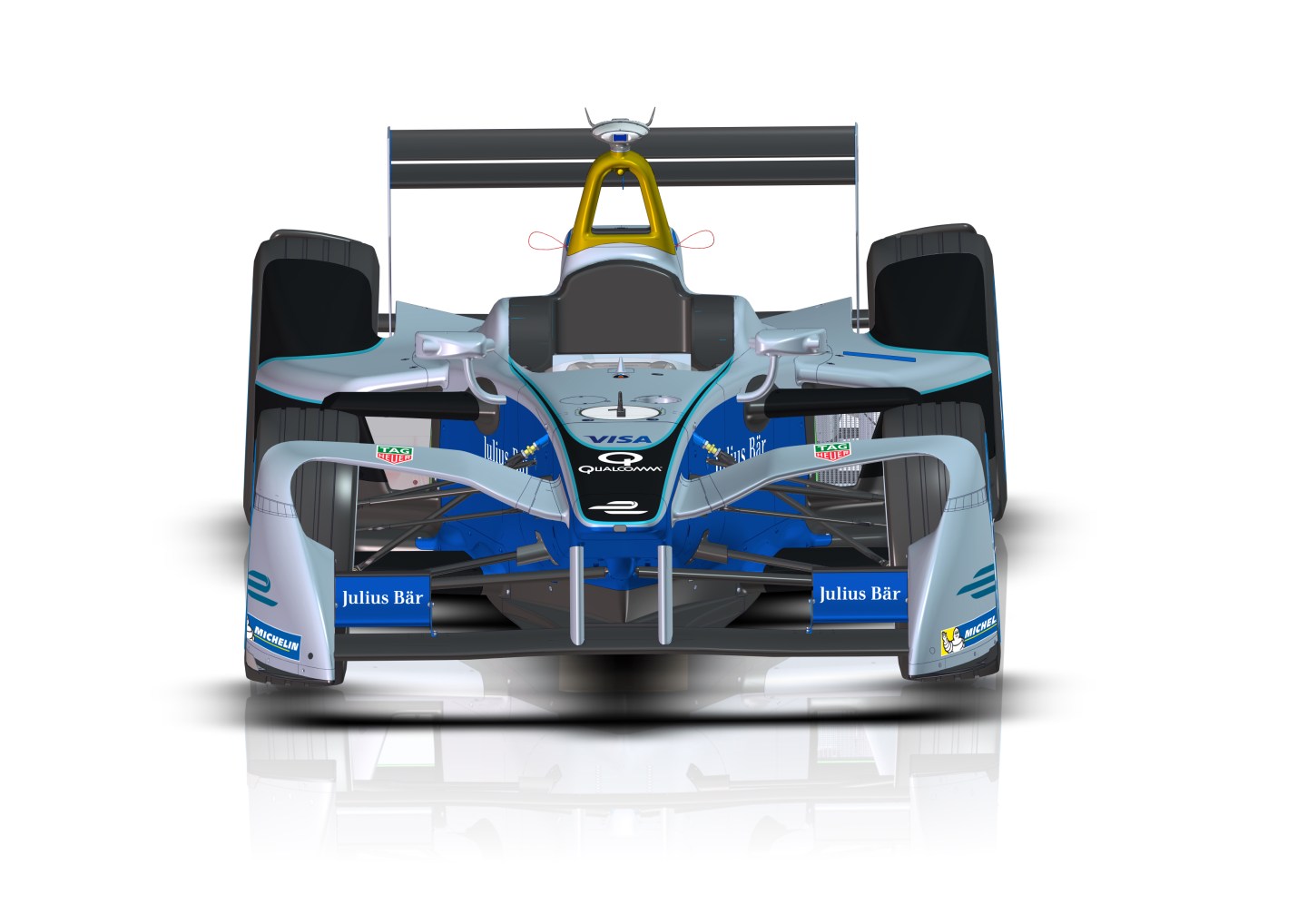 Formula E, a class of auto racing that uses only electric-powered cars, is adding a little flair to its race cars.

When the FIA Formula E Championship series kicks off its third season in October, the race cars will be sporting a new front wing. The new two-tier wing makes the fully-electric single-seater look more aggressive, according to race organizers. It will also affect the drivers, who will be able to see the wing from the driver’s seat.

The change marks an effort by race organizers to make Formula E stand apart from its fossil-fuel-powered Formula One cousin. Even seemingly small design changes count.

“I like the look of the new front wing—it looks a little bit more futuristic, and from inside the car you can see the top part of the wing, so visually for the driver there is also a small change,”said Formula E champion Sebastien Buemi, who races for the Renault e.Dams team. “We want Formula E to look different and be different, and the new wing is a good way of showing that. I don’t think it will make too big of an impact on aero which isn’t in the ethos of this championship—but it’s a good way to show visual development heading to Hong Kong for the start of season three.”

The first public outing for the new-look Formula E car will be at the opening group test at Donington Park on August 23. More details on pre-season testing will be revealed shortly, race organizers say.

The new Formula E cars will take to the track next month for pre-season testing ahead of the 2016-17 FIA Formula E Championship at Donington Park in England. The 10 teams, with the new addition of Jaguar and Techeetah, have six days of official testing.

What It Feels Like to Race in a Self-Driving Car:

Formula E is an all-electric urban racing series that was launched as a test bed for research and development around electric vehicles to generate interest in the cars, and to promote clean energy and sustainability. The global racing series is overseen by the Fédération Internationale de l’Automobile, the same body that organizes Formula One. Formula E, which will kick off its third season October 9 in Hong Kong, travels to 10 cities.

In the first season, all teams used the same single-seater cars designed and built by Spark Racing Technology along with partners McLaren, Williams Grand Prix Engineering Ltd., Dallara Automobili, Renault, and Michelin. In the second race season, which wrapped up in London in early July 2016, teams were allowed to work with manufacturers to develop their own cars. All of the cars still had to use the same battery.

In the third season, there will be a few additional changes to the race cars, including a slight drop in weight.

Earlier this month, electric car startup Faraday Future announced it was partnering with Dragon Racing, a Formula E team owned by Jay Penske. Faraday Future will be a core technical partner and title sponsor of the team owned by Penske, a media and publishing entrepreneur who has deep roots in professional racing. The partnership will officially get underway at the beginning of season three.