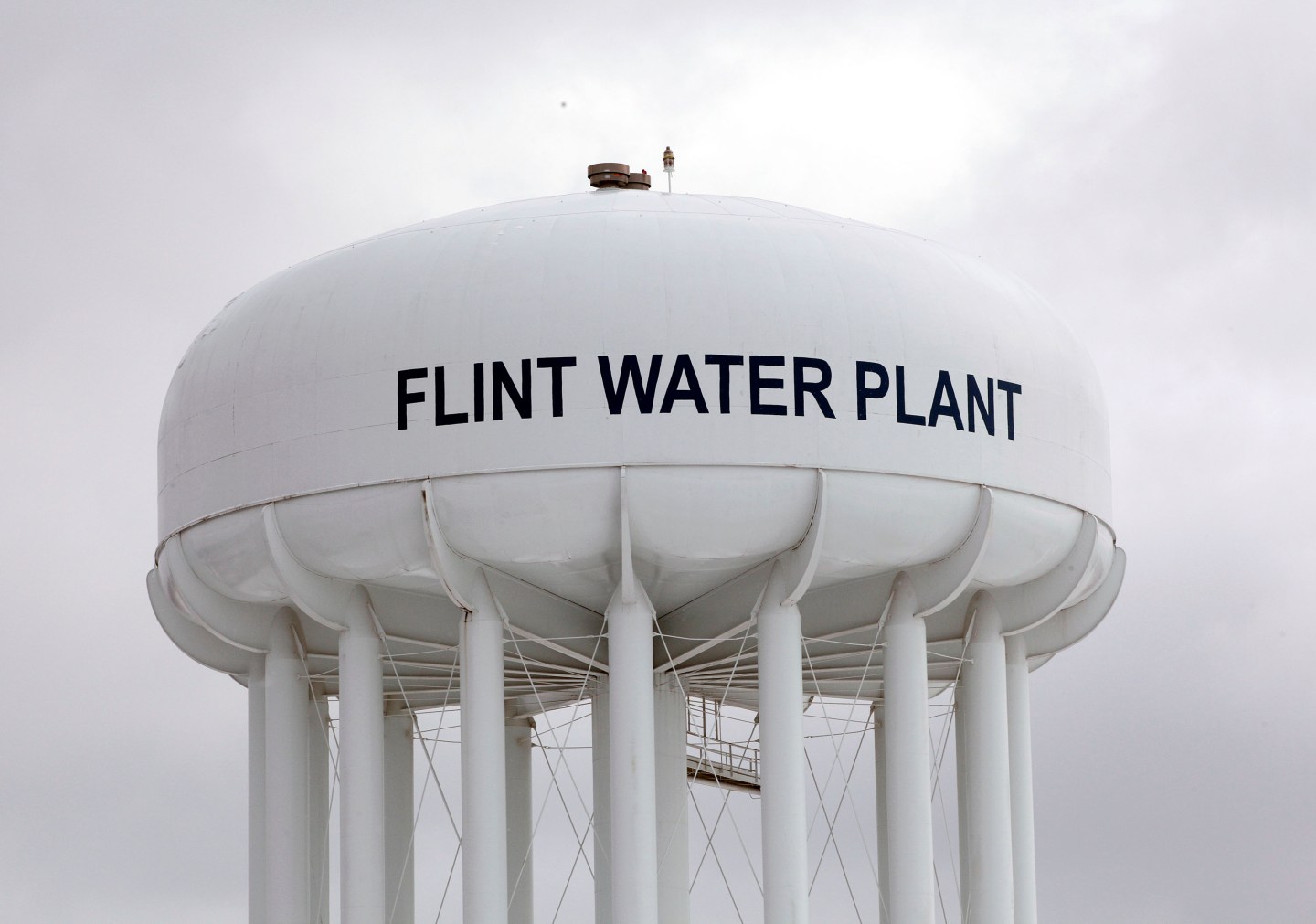 FLINT, MI - JANUARY 13: The Flint Water Plant tower is shown January 13, 2016 in Flint, Michigan. On Tuesday, Michigan Gov. Rick Snyder activated the National Guard to help the American Red Cross distribute water to Flint residents to help them deal with the lead contamination that is in the City of Flint's water supply. (Photo by Bill Pugliano/Getty Images)
Photograph by Bill Pugliano — Getty Images

Six Michigan state employees were charged on Friday in connection with dangerous levels of lead in the city of Flint’s drinking water, prosecutors said.

The criminal charges were filed by Michigan Attorney General Bill Schuette against three employees apiece from the state’s health and environmental departments.

Schuette did not elaborate on possible charges for other local and state officials but said prosecutors “were going where the truth” takes them.

Some critics have called for high-ranking state officials, including Michigan Governor Rick Snyder, to be charged. Snyder said in April he believed he had not done anything criminally wrong.

Flint, with a population of about 100,000, was under control of a state-appointed emergency manager in 2014 when it switched its water source from Detroit’s municipal system to the Flint River to save money. The city switched back last October.

The river water was more corrosive than the Detroit system’s, and caused more lead to leach from its aging pipes. Lead can be toxic, and children are especially vulnerable. The crisis has prompted lawsuits by parents who say their children have shown dangerously high levels of lead in their blood.

The accusations mark the third round of charges related to the investigation into the Flint water crisis.

“In essence, these individuals concealed the truth. They were criminally wrong to do so,” Schuette told reporters. “And the victims, these are real people, families that have been lied to by government officials and treated as expendable.”

Court documents did not list attorneys for the six charged.

Three state and local officials were criminally charged in April in connection with the investigation.

Flint utilities administrator Michael Glasgow subsequently agreed to cooperate with investigators as part of a deal that had him plead no contest to a misdemeanor charge while a more serious felony charge was dismissed.

Department of Environmental Quality officials Stephen Busch and Michael Prysby were charged with five and six counts, respectively, including misconduct in office, tampering with evidence and violation of the Michigan Safe Drinking Water Act. Both pleaded not guilty.