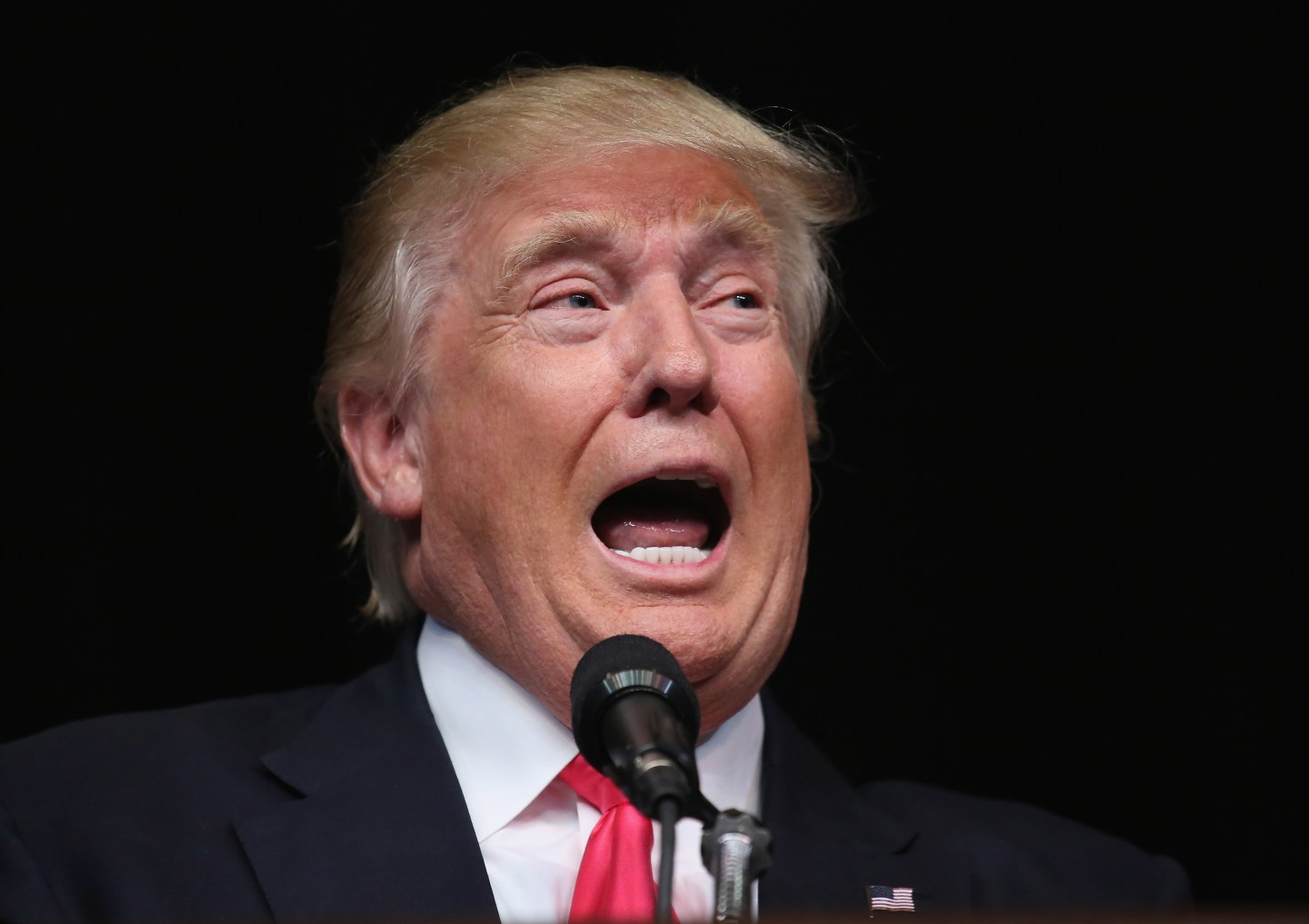 “Of course I’m being sarcastic,” Trump said Thursday on Fox News’ “Fox and Friends,” a day after his remarks at a news conference ignited fierce debate over hacking and his urging of a global adversary to meddle in American politics.

Trump’s invitation to Russia to find and reveal emails by his rival for the White House came on the third day of the Democratic National Convention in Philadelphia.

It also all but overshadowed an embarrassing leak of different hacked emails, these from the Democratic National Committee, showing that party staffers supported Clinton over Vermont Sen. Bernie Sanders when they were publicly promising to remain neutral during the primary campaign.

Trump’s insistence that his invitation to Russia wasn’t serious was backed up by his campaign chairman. “He was making a sarcastic point,” Paul Manafort said Wednesday on Fox News’ “The Kelly File.”

The Clinton campaign called Trump’s statement the “first time that a major presidential candidate has actively encouraged a foreign power to conduct espionage against a political opponent.”

At the convention, Leon Panetta, former CIA director and defense secretary, said Trump is “asking a U.S. adversary to engage in hacking or intelligence efforts against the United States of America to affect an election.”

Trump’s running mate, Indiana Gov. Mike Pence, warned of “serious consequences” if Russia interfered in the election. And Brendan Buck, a spokesman for Republican House Speaker Paul Ryan said bluntly: “Russia is a global menace led by a devious thug. Putin should stay out of this election.”

The reality TV star turned presidential contender detonated the controversy Wednesday when he said, “Russia, if you’re listening, I hope you’re able to find the 30,000 emails that are missing.”

Trump was referencing emails on Clinton’s private server that she said she deleted, saying they were private, before turning other messages over to the State Department.

The Associated Press, which discovered the basement server’s existence in March 2015, previously reported that it was connected to the internet in ways that made it more vulnerable to hackers. The FBI concluded it was possible hackers broke into her server but found no direct evidence.

A Trump campaign communications adviser, Jason Miller, said on Twitter that Trump never urged or invited Russia to hack Clinton’s emails. Instead, he said, Trump was “clearly saying” that if Russia or anyone else already had Clinton’s deleted emails they should share them with the FBI.

Trump never mentioned the FBI in his comments.

The flap over Clinton’s emails came after Obama identified Russia as almost certainly responsible for hacking the Democratic National Committee in a different case.

WikiLeaks published on its website last week more than 19,000 internal emails stolen from the DNC earlier this year. The head of the DNC, Debbie Wasserman Schultz, resigned over the disclosures.

Obama traditionally avoids commenting on active FBI investigations, but told NBC News on Tuesday that outside experts have blamed Russia for the leak. Obama also appeared to embrace the notion that President Vladimir Putin might have been responsible because of what he described as Trump’s affinity for Putin. Trump said he has no relationship with Putin.

Trump cast doubt on whether Russia was behind that hack. He said blaming Russia was deflecting attention from the embarrassing material in the emails.

“Russia has no respect for our country, if it is Russia,” Trump said. “It could be China. It could be someone sitting in his bedroom. It’s probably not Russia. Nobody knows if it’s Russia.”