It Looks Like the ‘Ice Bucket Challenge’ Has Finally Paid Off 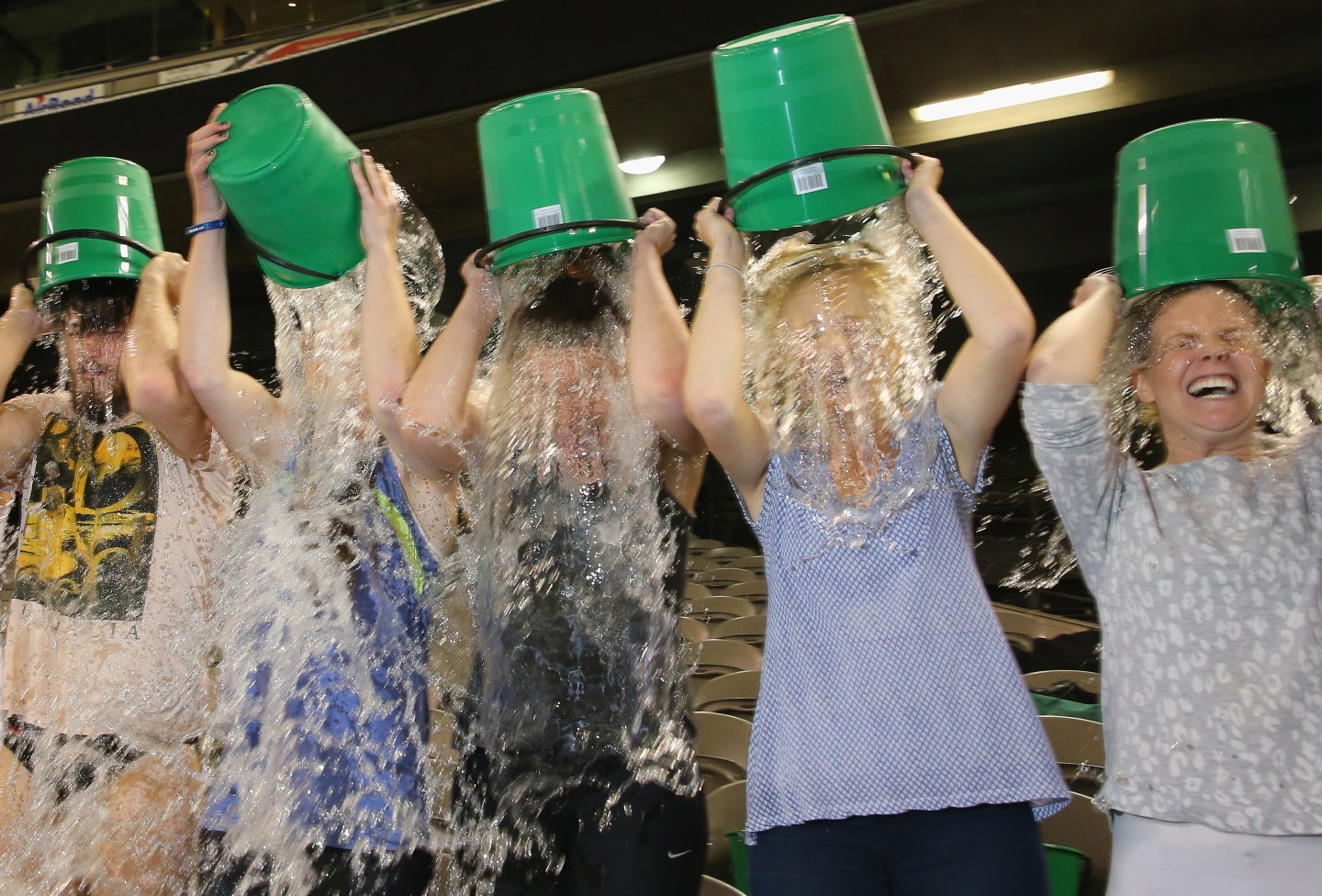 Remember the “Ice Bucket Challenge?” The 2014 campaign raised millions of dollars by getting people to dump ice-cold water on their heads to raise money for the ALS Association.

While the videos of everyone from George W. Bush to Ben Affleck to General Electric CEO Jeff Immelt crowded Facebook feeds, the challenge was often dismissed as “lazy activism,” and critics wondered how the ALS Association would leverage its influx in cash.

Now it may be time for the naysayers to hold their tongues.

According to the ALSA, funding from the challenge helped discover NEK1, a newly identified gene that now ranks among the most common genes contributing to ALS (also called Lou Gehrig’s disease) which is a progressive neurodegenerative disease that affects nerve cells in the brain and the spinal cord. The discovery provides scientists with another potential target for therapy development.

The Ice Bucket Challenge raised $115 million in just eight weeks for the ALS Association, 67% of which was dedicated to advancing research for treatments and a cure, the non-profit reported. One million dollars went toward Project MinE, a University of Massachusetts Medical School Project that was able to identify a gene that is responsible for the degenerative disease.

“The discovery of NEK1 highlights the value of ‘big data’ in ALS research,” said Lucie Bruijn, chief scientist at the ALSA. “The ALS Ice Bucket Challenge enabled The ALS Association to invest in Project MinE’s work to create large biorepositories of ALS biosamples that are designed to allow exactly this kind of research and to produce exactly this kind of result.”

Many charities, including the ALS Association, break down their spending into administration, fundraising, and “programming,” such as research and education. In 2013, the ALSA earned the highest four-star rating, in part, for spending 72% of its fiscal year 2013 revenue on programs and services. ALSA would have needed to spend just over $30 million of its then current $41.8 million in ice bucket money on research and education by the end of fiscal year 2014 to replicate the same programming expenditure, something that the organization wasn’t planning on meeting at the time.