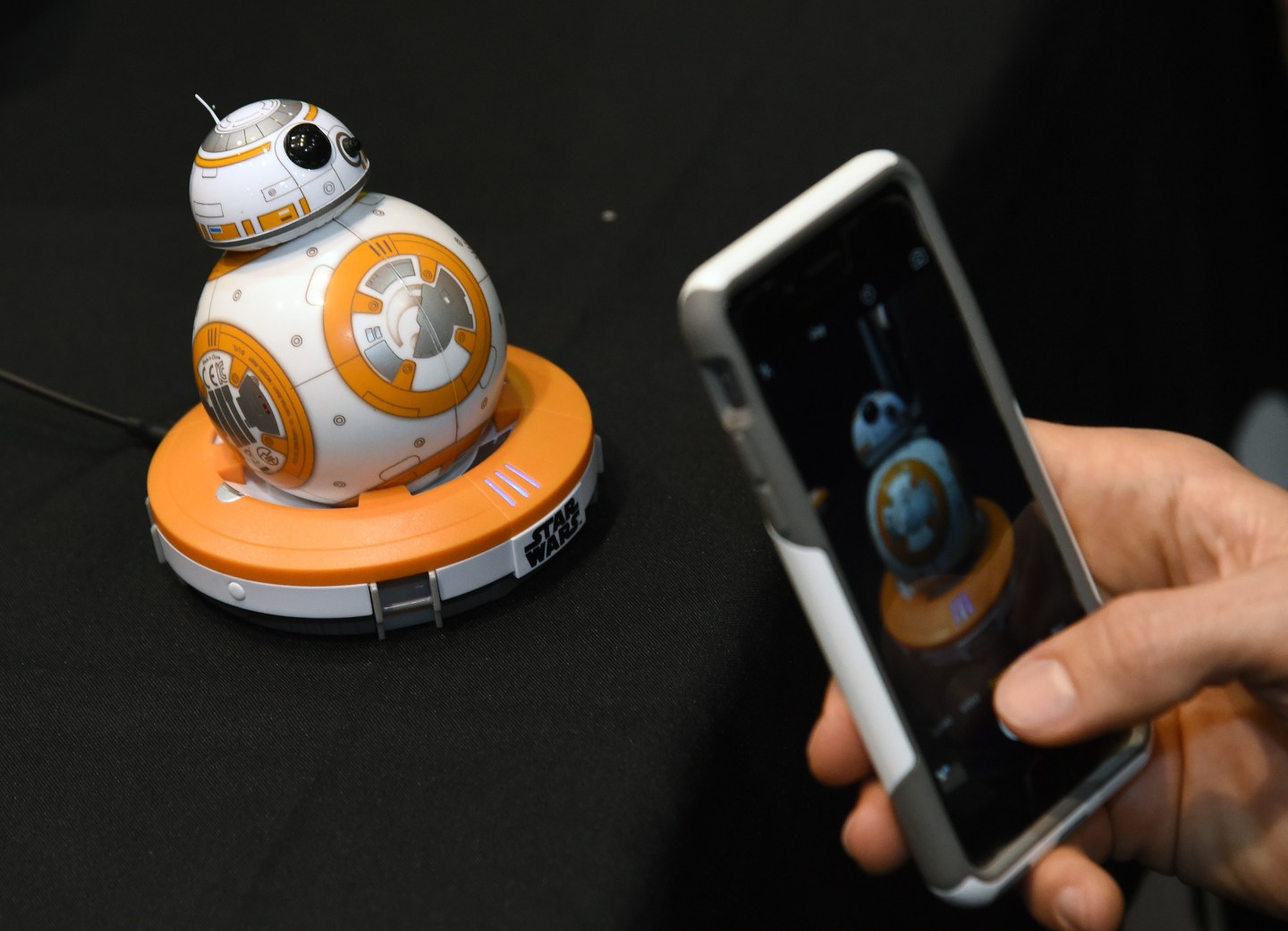 LAS VEGAS, NV - JANUARY 04: An attendee shoots images of Sphero's BB-8 technical prototype during a press event for CES 2016 at the Mandalay Bay Convention Center on January 4, 2016 in Las Vegas, Nevada. Sphero partnered with Lucasfilm to build the USD 150, app-enabled toy from the droid character in the film "Star Wars: The Force Awakens." It can be controlled using Bluetooth by a smartphone or a Force Band that resembles a digital watch and features gesture-based technology enabling users to control it with Jedi-like movements. CES, the world's largest annual consumer technology trade show, runs from January 6-9 and is expected to feature 3,600 exhibitors showing off their latest products and services to more than 150,000 attendees. (Photo by Ethan Miller/Getty Images)
Ethan Miller/Getty Images

The U.S. toy industry is set to have a banner year in large part thanks to Star Wars.

Demand for merchandise tied to the blockbuster movie series will like spur to sales to their highest levels since 1999, according to a report released on Monday by industry research firm The NPD Group. Star Wars toys, most of which is manufactured by Hasbro (HAS), has been the single largest contributor to sales growth, with sales nearly tripling through June on a dollar basis, compared to a year earlier. So far, Star Wars product sales are at $300 million, and could surpass the $700 million mark they hit last year if the holiday season lives up to expectations.

“With two-thirds of toy sales yet to come in 2016, Star Wars could be even bigger this year than last,” analyst Juli Lennett wrote in the NPD report. Star Wars toys are the #1 and #6 best selling items so far this year.

The merchandise should get a big lift from the release in December of the motion picture “Rogue One: A Star Wars Story.” Hasbro said earlier this month that Star Wars and Disney’s (DIS) Frozen were the fastest-growing businesses last quarter.

“Toys with movie tie-ins will continue to contribute to the increase, stemming from those released both in 2015 and 2016,” Lennett said. Sales of toys based on new movies such as “Teenage Mutant Ninja Turtles: Out of the Shadows,” “The Secret Life of Pets” and “Trolls” are also expected to increase toymakers’ sales through the holiday season.