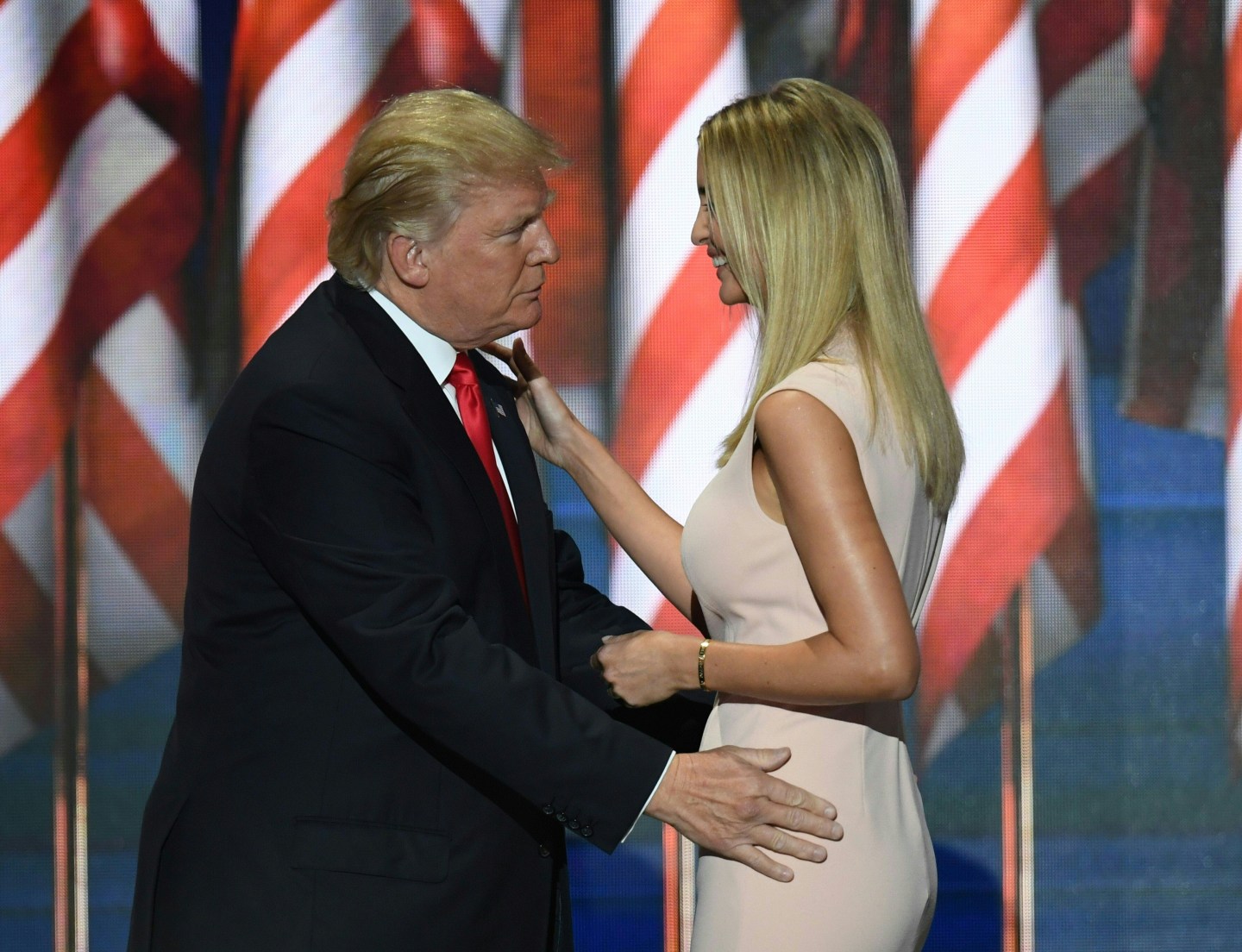 Speaking at the Republican National Convention last week, Donald Trump’s eldest daughter delivered a speech that laid out what her father has done for women during the course of his career—and what he would do for women if he were to be elected president. She said that the GOP nominee would “fight” for equal pay, affordable childcare and other policies to support working women.

We’ve heard a lot about these issues from Trump’s Democratic rival, Hillary Clinton, but what has Trump—and the Republican party he represents—had to say about them? The “issue” page on Trump’s campaign website makes no mention of the issues that affect women in the workforce. Neither does the GOP’s official 2016 party platform.

“Politicians talk about wage equality, but my father has made it a practice at his company throughout his entire career. He will fight for equal pay for equal work, and I will fight for this too, right along side of him,” Ivanka Trump said in Cleveland.

While this statement is difficult to fact-check, a Huffington Post analysis suggests that, at least when it comes to Donald Trump’s campaign, promoting women and paying them equally is not the top priority: 75% of staffers—including the 10 top-earning employees—are all men.

It should be noted that Trump isn’t the only candidate who’s been associated with a gender wage gap. Fact-checking organization Politifact verified Trump’s claim that, from 2010 to 2014, top male employees at the Clinton Foundation consistently out-earned their female counterparts.

In the RNC platform, there is no mention of gender equality, fighting the wage gap, or supporting women’s rights. The document does, however, oppose access to abortion, as well as the U.N. Convention on Women’s Rights (and the Convention on the Rights of the Child).

Ivanka Trump spoke at length about being a mother of three and how “American families need relief.” She said that policies “that allow women with children to thrive should not be novelties, they should be the norm,” implying that her father would help make such policies law.

For his part, Donald Trump hasn’t been the most supportive of mothers in the workplace. In a 2004 NBC interview, he said about Trump Golf Properties COO Carolyn Kepcher’s pregnancy: “It’s a wonderful thing for the woman, it’s a wonderful thing for the husband, it’s certainly an inconvenience for a business. And whether people want to say that or not, the fact is it is an inconvenience for a person that is running a business.”

The party platform makes no mention of policies designed to support working moms like Ivanka.

Ivanka Trump went on to say that her father would “change the labor laws that were put into place at a time when women were not a significant portion of the workforce. And he will focus on making quality childcare affordable and accessible for all.”

Trump has said that several of his companies provide in-house childcare for employees, stating that employers can “very easily” offer such services. It’s not clear whether he believes that the government has any role in providing assistance to people whose companies do not.

The 2016 GOP platform makes no mention of child care, though its platform does include a long section on “Marriage, Family, and Society,” focused on the importance of the “preservation of the family unit.”

Fortune has reached out to the Trump campaign and the Republican National Committee for comment and will update this story if we receive a response.