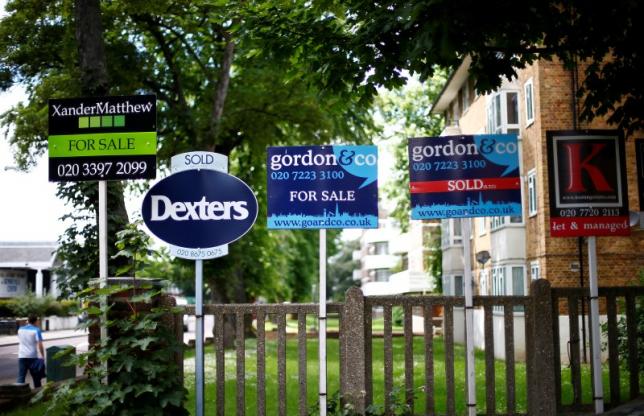 Interest among Chinese buyers in buying UK property has surged since Britain voted to leave the European Union last month, as the pound’s slide has created opportunities to buy at a discount, real estate website juwai.com said on Monday.

The number of Chinese enquiries about the British residential and commercial property market has been 30-40% higher than average in each week from June 20 to July 11, the website, which targets Chinese property investors looking abroad, said in an emailed statement.

The data shows a sign of resurgence in demand from a top group of investors in a sector hit by a slowdown due to concerns over the impact of Brexit.

“With politics stabilizing and a competent new government in place, the UK looks like the same old safe haven as ever – but cheaper,” said Bernie Morris, president of the UK, Europe and Middle East for juwai.com.

The four weeks were among the five strongest weeks of enquiries for the British market this year, according to the site, which gave no data on completed sales.

For more on real estate, watch:

Half of Chinese investors hit pause on their British property investment plans before the June 23 vote, with a crisis at home and uncertainty in Britain hurting appetites, a juwai.com survey last month showed.

The chief motivator for the change of heart: the fall in the value of sterling against the dollar and the yuan has effectively brought down prices across the market.

The web site’s upbeat view contrasts with developments in the British commercial property market since the referendum.

Investment demand for British commercial property dropped by the largest amount on record after the EU vote, according to a survey from Britain’s Royal Institution of Chartered Surveyors.

In the first week of July, more than 18 billion pounds ($23.57 billion) of retail investor cash was frozen as a number of commercial property funds suspended trading to allow time to sell some of the buildings following a tide of redemption requests. Other fund managers cut the value of their UK property funds.

Over the past few years, Chinese investors have been among the biggest foreign buyers of British property, snapping up everything from opulent homes to iconic commercial property.

Many of their investments have been focused around London and Manchester.

Lawyers and brokers have told Reuters that buyers, predominantly private equity players, were managing to secure “Brexit discounts” on property of up to 10 percent since the vote, as some sellers agree to let go of assets ranging from offices to houses for less.

Purchasers included names from the Far East, they said.