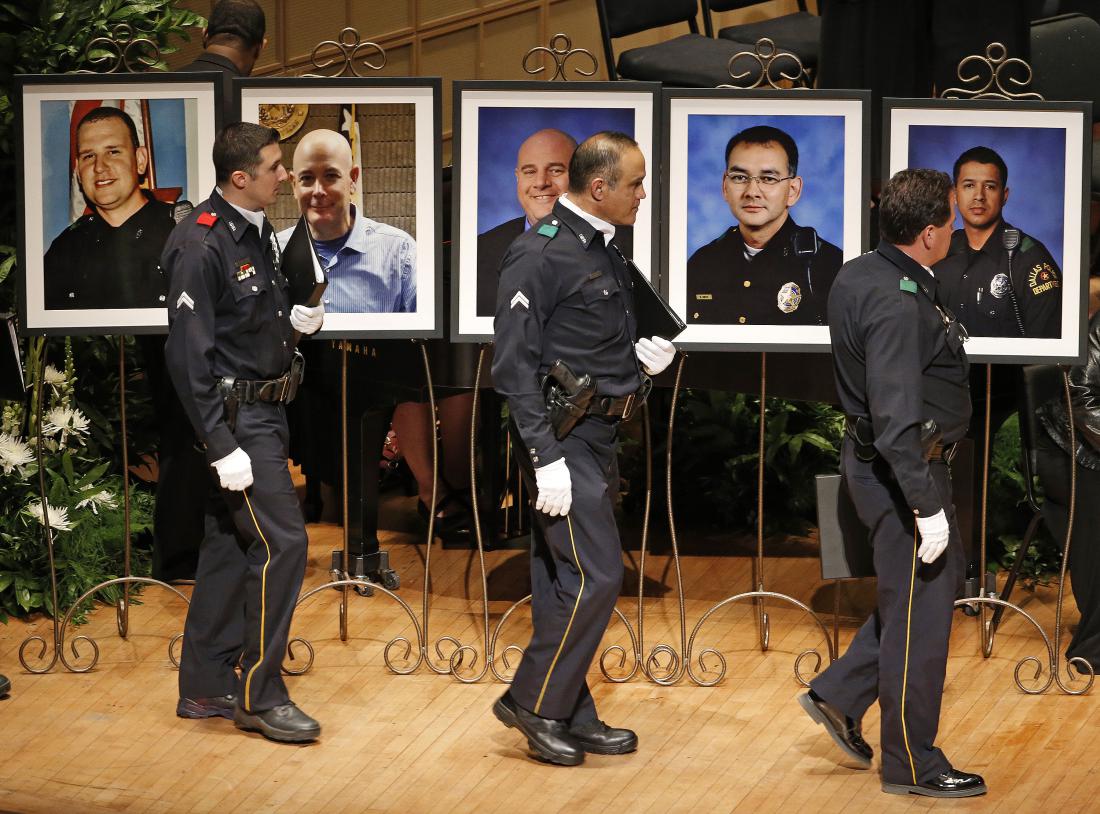 Members of the Dallas Police Department Choir walk past portraits of their fallen comrades during a memorial for five Dallas and DART police officers shot to death in last week's attack on Tuesday, July 12, 2016, at the Morton H. Meyerson Symphony Center in Dallas. (Paul Moseley/Fort Worth Star Telegram/TNS via Getty Images)
Fort Worth Star-Telegram TNS via Getty Images

The Dallas Police Department received 467 job applications in the 12 days after the July 7 shooting, Reuters reported on Friday, citing city officials. That number represents a 344% increase from just 136 applications during 12 days in June.

At a press conference last week, Dallas Police Chief David Brown asked people to “become a part of the solution” and apply for a job. He also spoke out immediately after the shooting about how his officers “don’t feel much support most days.”

“We are hiring,” he said at the press conference last week. “Get out of that protest line and put an application in. We’ll put you in your neighborhood and we will help you resolve some of the problems you’re protesting about.”

Just a few months ago, the Dallas Police Department had struggled to recruit new officers, going so far as to cancel police academy classes because there weren’t enough applicants, local station News 8 reported in May. The department was struggling with retention and more competitive salaries in nearby cities.