Turkey Tries to Ease Fears After Declaring State of Emergency 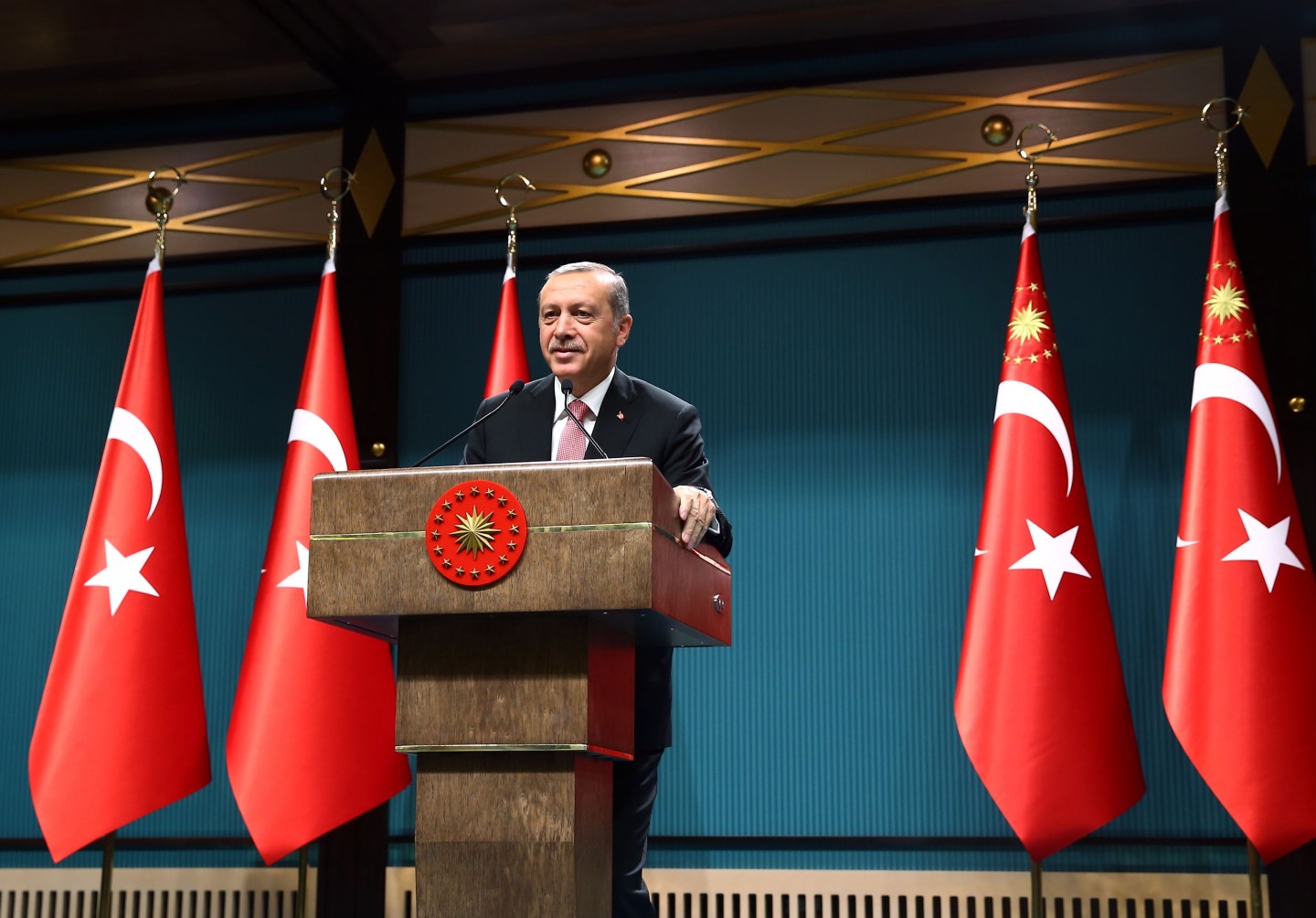 Turkey tried to assure its citizens and the outside world on Thursday that there will be no return to the deep repression of the past, even though President Tayyip Erdogan has imposed the first nationwide state of emergency since the 1980s.

With Erdogan cracking down on thousands of people in the judiciary, education, military and civil service after last weekend’s failed coup, a lawmaker from the main opposition party warned that the state of emergency created “a way of ruling that paves the way for abuse”.

Announcing the state of emergency late on Wednesday, Erdogan said it would last at least three months and allow his government to take swift measures against supporters of the coup that attempted to topple him over the weekend.

It will permit the president and cabinet to bypass parliament in passing new laws and to limit or suspend rights and freedoms as they deem necessary.

For some Turks, the move raised fears of a return to the days of martial law after a 1980 military coup, or the height of a Kurdish insurgency in the 1990s when much of the largely Kurdish southeast was under a state of emergency declared by the previous government.

Deputy Prime Minister Mehmet Simsek – who previously worked on Wall Street and is seen as one of the most investor-friendly politicians in the ruling AK Party – took to television and Twitter in an attempt to calm nervous financial markets and dispel comparisons with the past.

“The state of emergency in Turkey won’t include restrictions on movement, gatherings and free press etc. It isn’t martial law of 1990s,” he wrote on Twitter. “I’m confident Turkey will come out of this with much stronger democracy, better functioning market economy & enhanced investment climate.”

But markets were less than confident. The lira currency was near a new record low, while the main stock index was down 3.6 percent. The cost of insuring Turkish debt against default also surged.

Erdogan blames a network of followers of an exiled U.S.-based cleric, Fethullah Gulen, for the attempted coup in which 246 people were killed and hundreds more wounded as soldiers commandeered fighter jets, military helicopters and tanks in a failed effort to overthrow the government.

Ankara has said it will seek Gulen’s extradition.

About 60,000 soldiers, police, judges, civil servants and teachers have been suspended, detained or are under investigation since the coup was put down.

The putsch and the purge that has followed have unsettled the country of 80 million, a NATO member bordering Syria, Iraq and Iran, and a Western ally in the fight against Islamic State.

The state of emergency went into effect after it was published in the government’s official gazette early on Thursday. It still needs to pass a vote in parliament later in the day, although that is assured given the AK Party’s majority.

Erdogan announced the state of emergency in a live broadcast in front of his government ministers after a nearly five-hour meeting of the National Security Council.

“The aim of the declaration of the state of emergency is to be able to take fast and effective steps against this threat against democracy, the rule of law and rights and freedoms of our citizens,” he said.

Erdogan has said the sweep was not yet over and that he believed foreign countries might have been involved in the attempt to overthrow him.

The main opposition party is uneasy. “Once you obtain this mandate, you create a way of ruling that paves the way for abuse,” Sezgin Tanrikulu, a lawmaker with the secular Republican People’s Party (CHP) told Reuters.

“The coup attempt was rebuffed with parliament and opposition support, and the government could have fought this with more measured methods.”

Turkey‘s Western allies have expressed solidarity with the government over the coup attempt, but have also voiced increasing alarm at the scale and swiftness of the response, urging it to adhere to democratic values.

U.N. High Commissioner for Human Rights Zeid Ra’ad Al Hussein has voiced “serious alarm” at the mass suspension of judges and prosecutors and urged Turkey to allow independent monitors to visit those who have been detained.

Academics have been banned from travelling abroad in what an official said was a temporary measure to prevent the risk of alleged coup plotters at universities from fleeing. TRT state television said 95 academics had been removed from their posts at Istanbul University alone.

Erdogan, an Islamist who has led Turkey as prime minister or president since 2003, has vowed to clean the “virus” responsible for the plot from all state institutions.

Around a third of Turkey‘s roughly 360 serving generals have been detained, a second senior official said, with 99 charged pending trial and 14 more being held.

The Defence Ministry is investigating all military judges and prosecutors, and has suspended 262 of them, broadcaster NTV reported, while 900 police officers in the capital, Ankara, were also suspended on Wednesday. The purge also extended to civil servants in the environment and sports ministries.

On Tuesday, authorities shut media outlets deemed to be supportive of Gulen. More than 20,000 teachers and administrators have been suspended from the Education Ministry. One hundred intelligence officials, 492 people from the Religious Affairs Directorate, 257 at the prime minister’s office and 300 at the Energy Ministry have been removed from duty.

Those moves come after the detention of more than 6,000 members of the armed forces – from foot soldiers to commanders – and the suspension of close to 3,000 judges and prosecutors. About 8,000 police officers, including in Ankara and the biggest city Istanbul, have also been removed.

One of the ruling party’s most senior figures, Mustafa Sentop, on Wednesday called for the restoration of the death penalty for crimes aimed at changing the constitutional order.