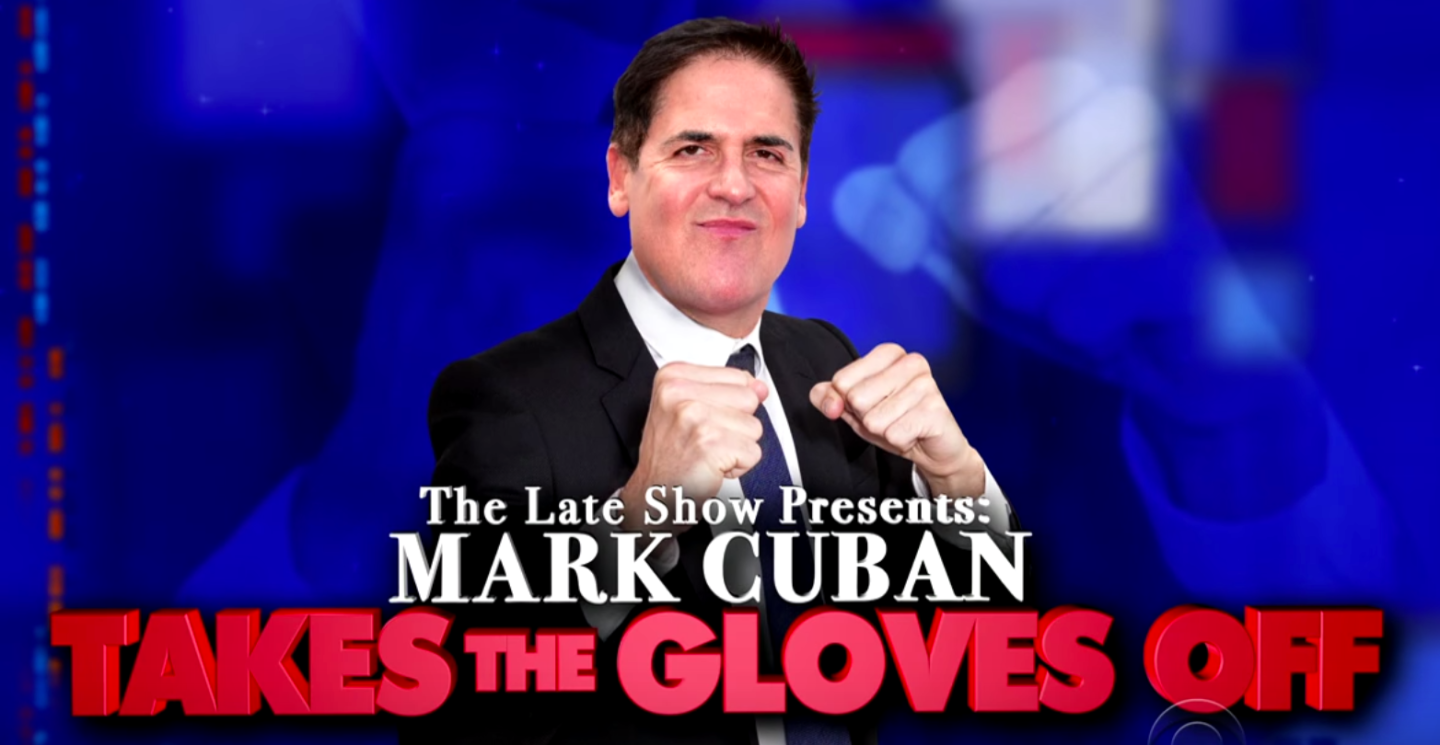 Stephen Colbert opted to host four live episodes of The Late Show this week so he could immediately respond to the news out of the 2016 Republican National Convention. The gambit is paying off.

On Wednesday, Colbert went after the big news from the RNC: a speech by Ted Cruz in which he didn’t endorse his party’s nominee, Donald Trump. “I can’t impress upon you how crazy this is,” a practically giddy Colbert said during his opening monologue. “This was the primetime speaker and he did not endorse the candidate. That’s like being the best man at a wedding and toasting the groom by saying, ‘Hey buddy, you’ll find a good one eventually.'”

A highlight was the cold opening to the show found Colbert chatting with billionaire Mark Cuban. He asked the Dallas Mavericks owner and Shark Tank co-host if he planned on talking more trash talking about Trump. After briefly feigning compassion and respect for Trump, Cuban ended the charade by yelling “Nahhhh, I’m gonna take the gloves off!”

Cuban then put on his best impression of a Hip Hop diss track by rapping Trump-focused burns over a beat in front of the live audience. Cuban dissed his fellow mogul with a string of topical jokes, including reminding Trump that “to be a billionaire, you have to have the ‘billion’ part in your bank account, not just the ‘air'”—a reference to reports that Trump inflates his net worth.

Another fiscal burn Cuban directed at Trump: “Your companies fail so often, you must have gone to business school at Trump University.”

Later in the show, Colbert showed a pre-filmed segment in which the comedian traveled to Cleveland to mingle with Trump supporters and to play a game he called “Trump or False,” where contestants would listen to Colbert read a quote and then they would have to guess whether or not it was something the GOP nominee actually said. (A sample: “I went to an Ivy League school. I’m very highly educated. I know words, I have the best words,” which Trump did, in fact, say in December.)