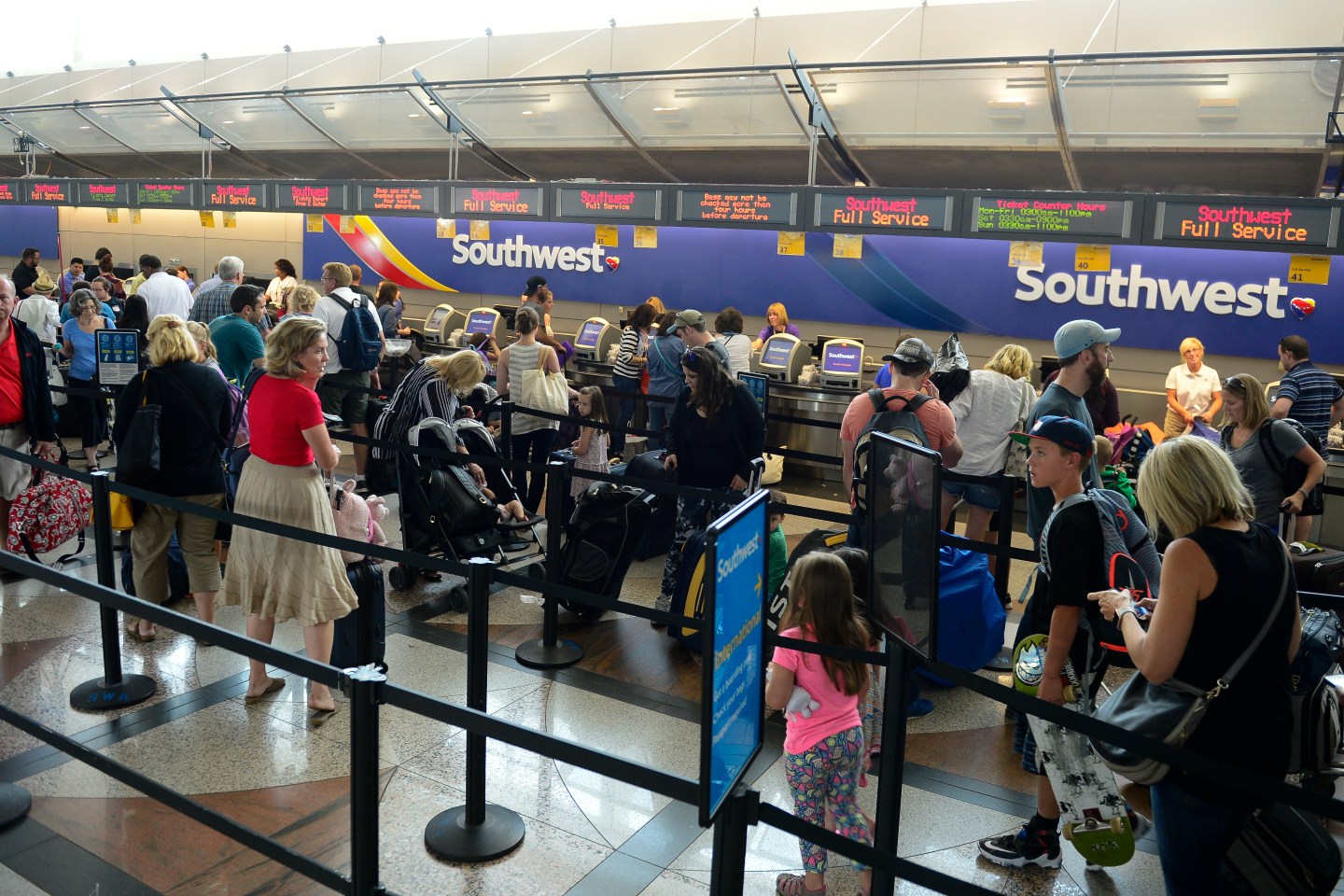 After a day filled with cancellations and delays, Southwest Airlines (LUV) customers can expect more of the same on Thursday.

Though it has fixed the technology glitch that kept nearly 700 flights on the ground Wednesday, Southwest announced further delays would carry over to Thursday as the airline slowly recovers from the backlog.

Chief Communication Officer Linda Rutherford wrote in a Facebook post that most of Southwest’s systems were back online, but it had still canceled more than 221 upcoming flights.

“We expect some cancellations and delays as we position aircraft and crews,” Rutherford wrote.

On Wednesday, a major outage prompted Southwest to cancel nearly 700 flights and delay several hundred more, CBS Dallas reported. The issues began in the afternoon, when the outage created problems for the airline’s computer systems.

Customers couldn’t check in for their flights or buy tickets on Southwest’s website, according to CBS.

Southwest tweeted a video update on Wednesday night from its headquarters in Dallas, in which Rutherford said it had been a “challenging” day for the airline, and that the cancelations were “unacceptable.”

Southwest said in a press release it would provide flexible rebooking to customers through Sunday.