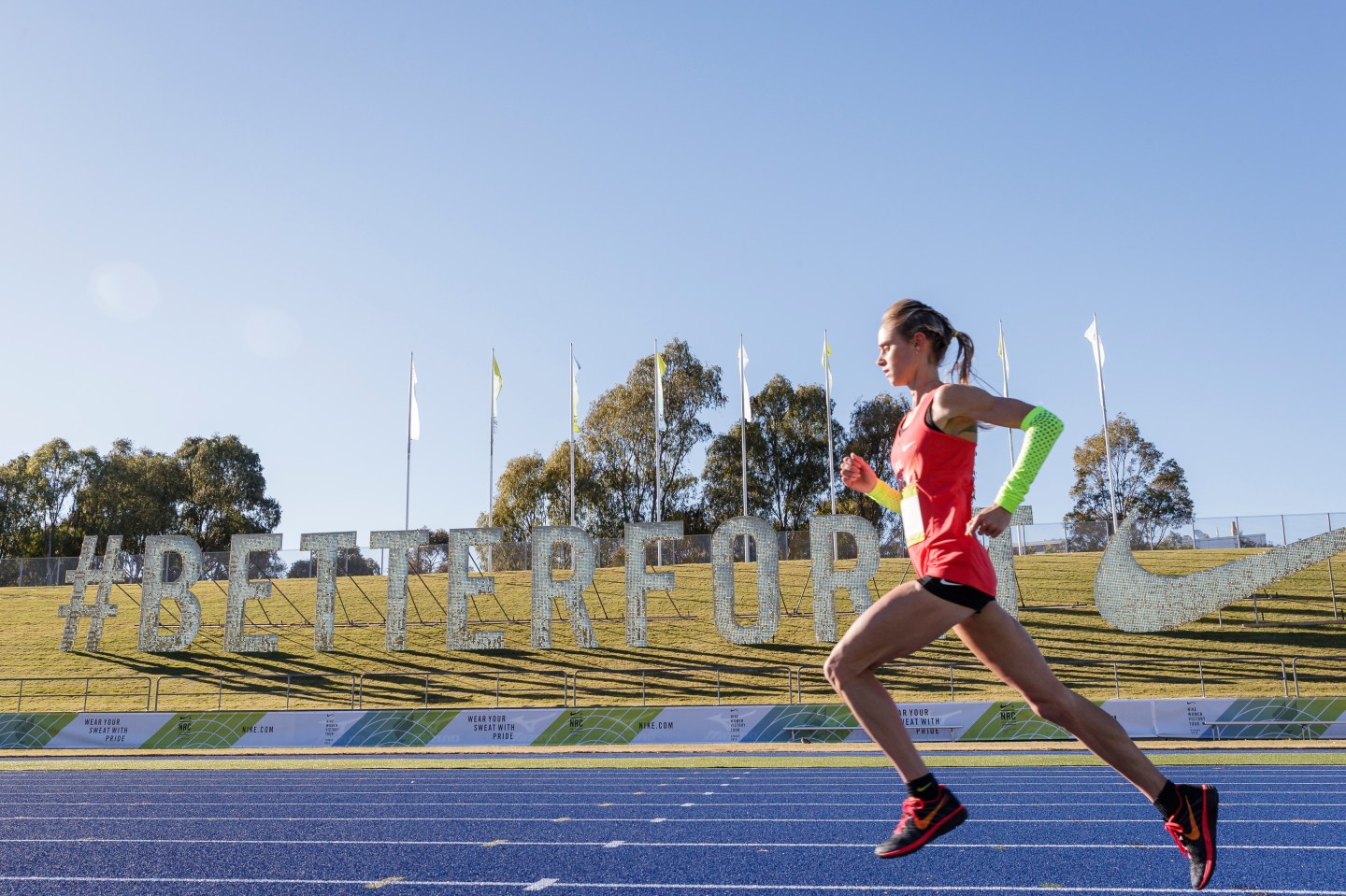 The world’s biggest sportswear maker last month reported flat sales in its home region for its fiscal fourth quarter, its worst performance for over six years amid strong competition from Adidas and Under Armour (UA).

However, Edwards said he was hopeful for an improvement for the current fiscal year ending May 2017, after the company managed to shift excess stock, adding Nike also expected a boost from next month’s Olympics in Rio.

“We did face supply chain challenges last year, but the full-price channels in North America are now clean,” Edwards said in emailed answers to questions from Reuters, referring to new stock that would not have to be discounted.

“Our brand remains incredibly strong in North America and we expect growth will accelerate in this geography over the balance of the fiscal year.”

Nike makes just under half of its revenues in North America.

However, Susan Anderson, an analyst at FBR Capital Markets & Co., said recovery could take time as Nike still had to shift excess inventory from its outlets or discounters like T.J. Maxx (TJX).

“I’m skeptical because we saw a pretty big slowdown in North America last quarter, so for it to flip around so quickly usually does not happen,” she said.

“There is some inventory build in North America that is going to take a while to work down.”

Anderson has a “market-perform” rating on Nike stock.

Nike’s share of the U.S. sport footwear market slipped to 53.3 percent in the first six months of 2016 from 55 percent a year ago, while Adidas’s rose to 6.3 percent from 4.2 percent, according to market research firm NPD.

“They did not keep their basketball offerings updated enough and at the same time we went through a fashion shift away from basketball as the preferred fashion shoe in the United States, so it was a double whammy,” said NPD analyst Matt Powell.

Nike has lost basketball sales to Under Armour since the latter poached Golden State Warriors player Stephen Curry in 2013. It is also suffering from a revival at Adidas, which has scored mostly with fashion shoes promoted by celebrities such as Kanye West, who moved from Nike to Adidas the same year.

“When it comes to great athletes, I’ll take the Nike roster any day,” he said.

Edwards said Nike was working to expand its basketball business into new areas, such as women’s and children’s gear and more fashion-focused products. It also has big plans for its sponsorship of the National Basketball Association (NBA), which it takes over from Adidas in September 2017.

NPD’s Powell believes Nike will rebound soon: “My gut is that this is a very temporary soft patch for them,” he said. “They can reverse that trend pretty quickly.”