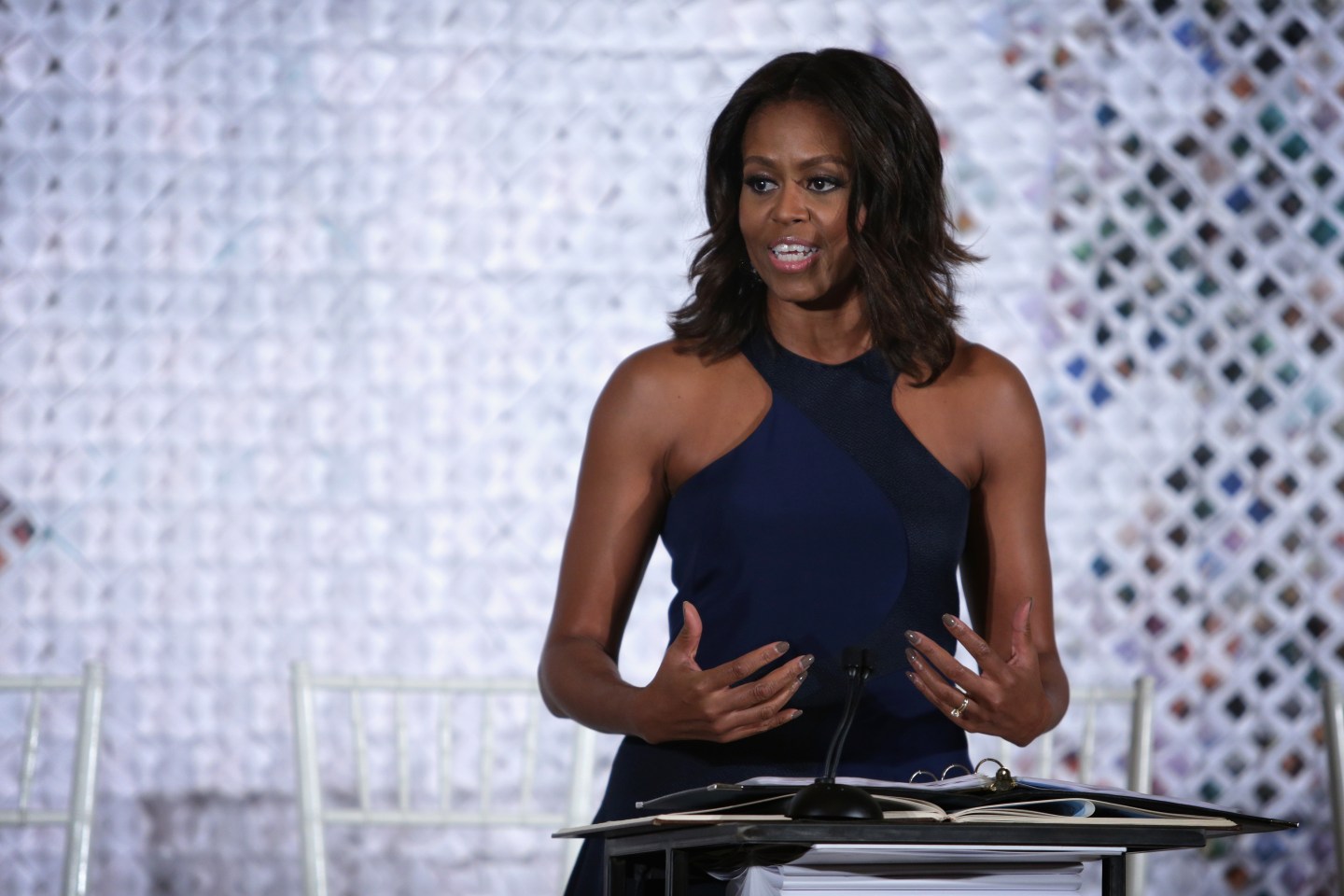 This story originally appeared on Time.com.

It’s been a big week for Michelle Obama. Not only was the First Lady the subject of the plagiarism controversy surrounding Melania Trump’s speech at the Republican National Convention, but she was also the star of James Corden’s latest Carpool Karaoke.

The segment—which aired during Wednesday night’s episode of The Late Late Show—shows Corden picking Obama up at the White House before jamming out to songs such as “Signed, Sealed, Delivered I’m Yours” by Stevie Wonder, “Get Ur Freak On” by Missy Elliott and Beyoncé’s “Single Ladies” while driving around the White House grounds. She also disclosed to Corden her Secret Service codename, though we won’t spoil it for you here.

Oh, and Missy Elliott showed up.

It was a rare occasion for FLOTUS, who explained that it was only the second time since President Barack Obama’s 2008 election that she had ridden in the passenger seat of a car. “I’ve been in a car — it was months ago — with my daughter who learned to drive,” she said. “And that was the only time in seven and a half years that I’ve been in the passenger seat listening to music, rocking out like this.”

The singing duo also performed Michelle’s “This Is For My Girls”—a benefit track that promotes her Let Girls Learn initiative—during the late night spot.

Thank you @JKCorden and the @latelateshow for bringing @FLOTUS home safe and sound after #CarpoolKaraoke. We were watching @SecretService