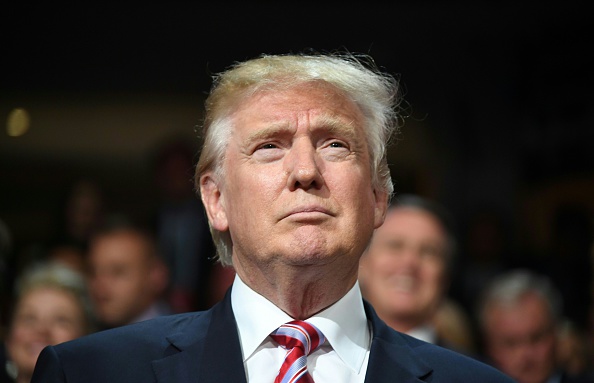 The final day of the Republican national convention is upon us, and the spotlight is firmly on the man this has all been about — Donald Trump.

Trump will take the stage on Thursday evening to formally accept the GOP presidential nomination, marking a culmination of a wild four days that has been rife with disorganization and infighting. He’ll be addressing a crowd that seems to adore him, despite the obvious and deep fractures within the Republican Party.

The theme of the night is “Make America One Again,” a final play on Trump’s slogan “Make America Great Again.” Expect plenty of talk about unifying the country — though there will likely be plenty of bile for presumptive Democratic nominee Hillary Clinton, whose name provokes chants of “lock her up.”

Peter Thiel, the Silicon Valley entrepreneur who helped found PayPal and was an early investor in Facebook, will also speak. Thiel’s endorsement of Trump is an odd one. He is a dedicated libertarian. Trump is not a libertarian and seems to be more inclined to big government than most Republicans.

Introducing Trump will be his daughter Ivanka, who has been a critical force in her father’s campaign. She is expected to try to win over women who may be wary of Donald Trump given some of his controversial remarks in the past.

Regardless of the missteps of the past three days, Thursday evening is what it’s all been building towards: A speech by the nominee and the iconic balloon drop.