12 Artists Are Accusing Zara of Stealing Their Designs 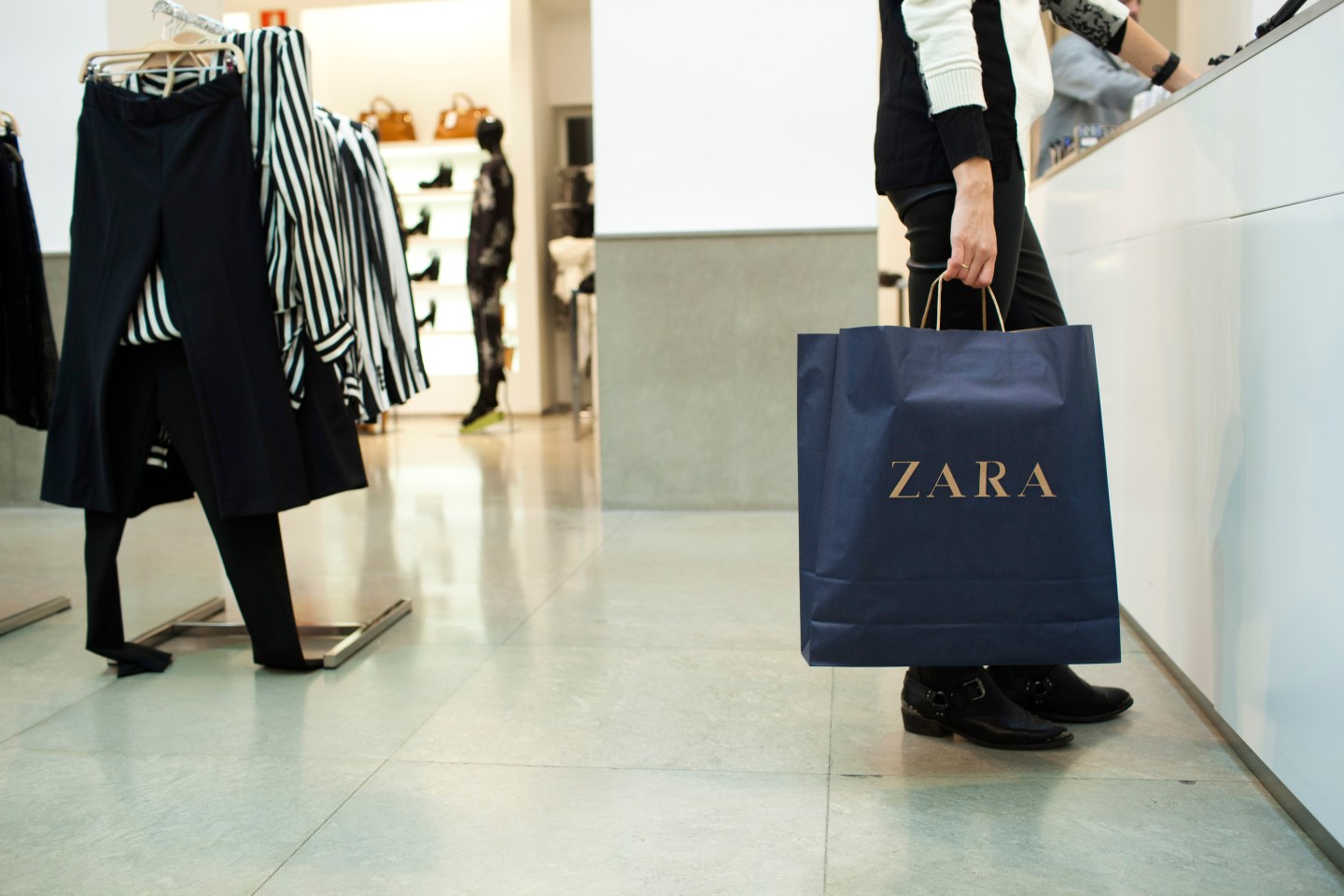 A customer carries a branded shopping bag at the service desk of a Zara fashion store, operated by Inditex SA, in Madrid, Spain
Photo by Angel Navarrete—Bloomberg via Getty Images

Zara has been selling products that fans of some lesser known designers may have noticed look very familiar.

While at least a dozen indie artists are claiming that the Spanish retailer has stolen their designs, one woman in particular, Tuesday Bassen, has filed an official complaint with the company. The 27-year-old illustrator, who has previously worked with brands like Urban Outfitters and Nike, has accused Zara of appropriating four pieces of her original artwork without permission or compensation.

Bassen became aware of the issue early this year when hundreds of her fans reached out to her asking whether she was collaborating with Zara or if the company had plagiarized her work. When she got in touch with the company through a lawyer, they responded with the following:

The lack of distinctiveness of your client’s purported designs makes it very hard to see how a significant part of the population anywhere would associate the signs with Tuesday Bassen. This is our firm view, and being fully aware of the 3rd party notifications that you have brought to our attention. In this last regard, please note that such notifications amount to a handful of complaints only; when it is borne in mind that millions of users worldwide visit the respective websites monthly (Zara: 98,000.000 average monthly visits last year, Bershka: 15.000.000 average monthly visits last year), the figures clearly put those few notifications into sharp perspective.

Bassen interpreted this to mean that they have rejected her copyright claims because she is a small artist while Zara and its sister brands have millions of customers. “It has an awful impact on the livelihood of an artist,” she told Fortune. “This is how I support myself, and they are diluting my brand by literally stealing from me.”

Adam Kurtz, another designer whose work has allegedly been copied, produced a graphic comparing Zara’s products to those of indie artists. The larger photos show original artwork by the smaller designers, while the pictures in the upper right hand corners show Zara’s supposed recreations.

Bassen also created a graphic showing four of her original designs next to the Zara products in question.

Companies like @zara make it a business plan to steal designs from indie artists & condescend when you want payment. pic.twitter.com/YKG3RxShCD

James Wallace, attorney with Wiley Rein, says that based on this limited information Bassen’s claims are “baseless.” He argues that certain phrases and shapes are public domain, and the designs simply aren’t similar enough to claim copyright infringement.

Melissa Kern, an attorney at Frost Brown Todd, disagrees. “Individually looking at them, I could see where Zara could take the position that they’re not distinctive,” she told Fortune. “But I think you could take a contrary position if you look at the eraser with the text as a whole, the coloring, angle.”

While certain shapes or phrases can’t be protected, it’s the combination of all those components that give Bassen’s claims credibility. And considering the fact that she’s accusing Zara of copying a collection of pieces and not just one design, a case against the retailer could be that much stronger.

Bassen told Fortune that she plans to pursue this case further, adding, “I hope that one outcome is that I can raise awareness for how often this happens and how few artists can actually afford to pursue it.”

Fortune reached out to Inditex, Zara’s parent company, for a comment, and they responded with the following:

Inditex has the utmost respect for the individual creativity of all artists and designers and takes all claims concerning third party intellectual property rights very seriously. Inditex was recently contacted by Tuesday Bassen’s lawyers who noted the use of illustrations in some badges sourced externally and on clothes in its Group stores. The Company immediately opened an investigation into the matter and suspended the relevant items from sale. Inditex’s legal team is also in contact with Tuesday Bassen’s lawyers to clarify and resolve the situation as swiftly as possible.