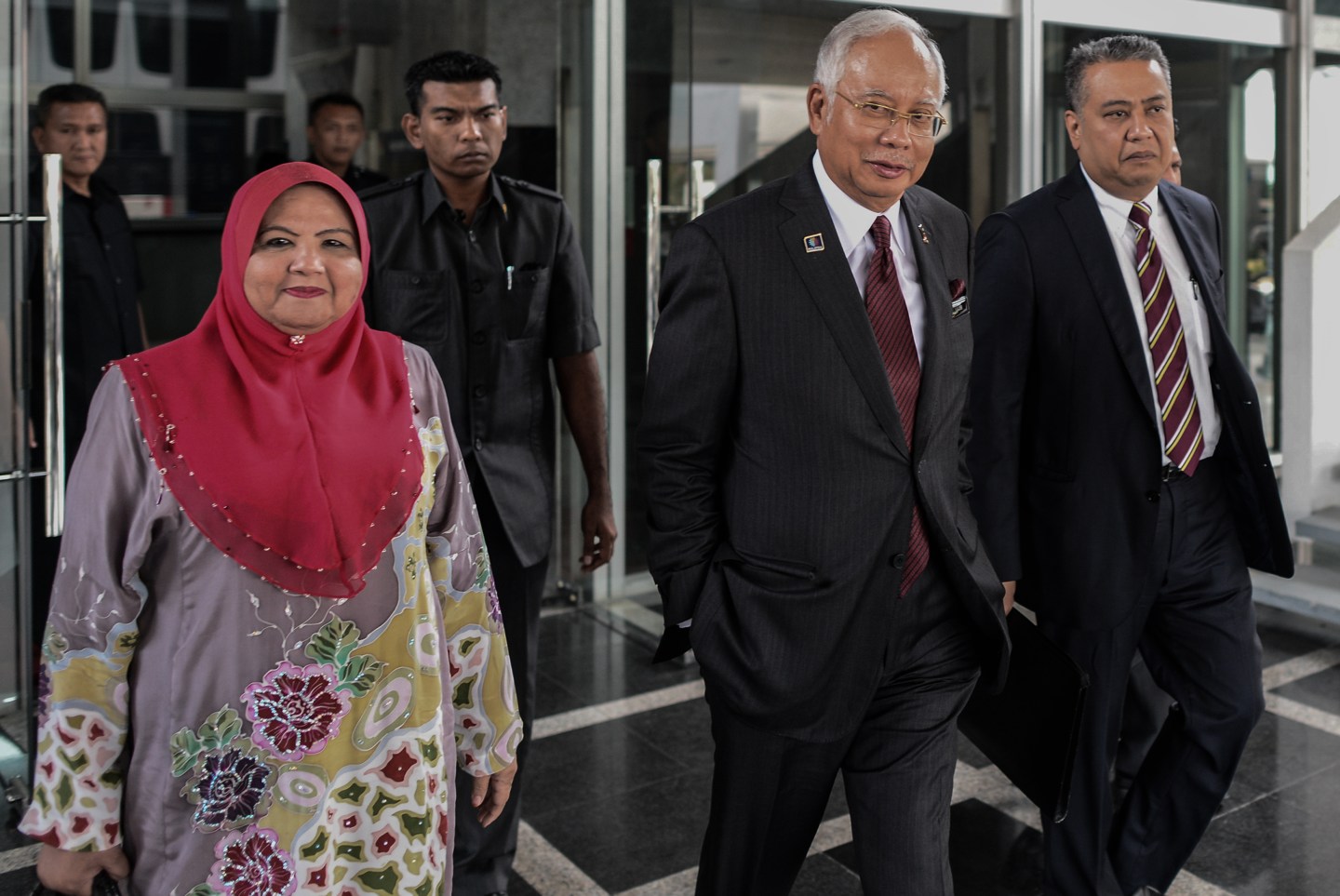 Malaysia's Prime Minister Najib Razak (2nd R) leaves his office at the parliament in Kuala Lumpur on May 25, 2016. Swiss financial regulators approved on May 24 the dissolution of Lugano-based BSI Bank over its links to a corruption scandal engulfing Malaysia's Prime Minister Najib Razak. Swiss supervisor FINMA accused BSI, a merchant bank, of "serious breaches" of money-laundering regulations in its dealings with the Malaysian sovereign wealth fund 1MDB, which is at the heart of the corruption allegations and founded by the Malaysian prime minister in 2009. / AFP / MOHD RASFAN (Photo credit should read MOHD RASFAN/AFP/Getty Images)
MOHD RASFAN/ AFP/ Getty Images

Authorities are expected to file lawsuits in the United States as soon as Wednesday morning, the Wall Street Journal and The New York Times said.

The Times said the U.S. government would seize assets worth more than $1 billion that it believes was stolen from the Malaysian sovereign wealth fund.

Reuters could not independently verify the report. 1MDB and the Malaysian prime minister’s office had no immediate comment.

The asset seizures would be the U.S. government’s first action tied to the 1MDB investigation, the reports said. But it was unknown what assets will be seized.

1MDB, which was founded by Prime Minister Najib Razak in 2009 shortly after he came to office, is being investigated for money-laundering in at least six countries including the United States, Singapore and Switzerland.

The inquiries have put Najib under political pressure with critics led by former Prime Minister Mahathir Mohamad calling for him to step down.

Najib was also investigated in Malaysia after revelations that nearly $700 million was transferred to his personal bank accounts. Critics claimed the money was from 1MDB.

Najib has consistently denied any wrongdoing and dismissed calls to resign.

He has sacked critics within his ruling United Malays National Organisation (UMNO) and consolidated his position in the party.

For more on corruption allegations, watch this video:

He also secured big victories in the Borneo state election and two parliamentary by-elections this year, as local issues took prominence over the 1MDB scandal.

The attorney general cleared the prime minister of any wrongdoings earlier this year, saying the money in his bank account was a political donation from the Saudi royal family.