Why the GOP Is the Party of Fear 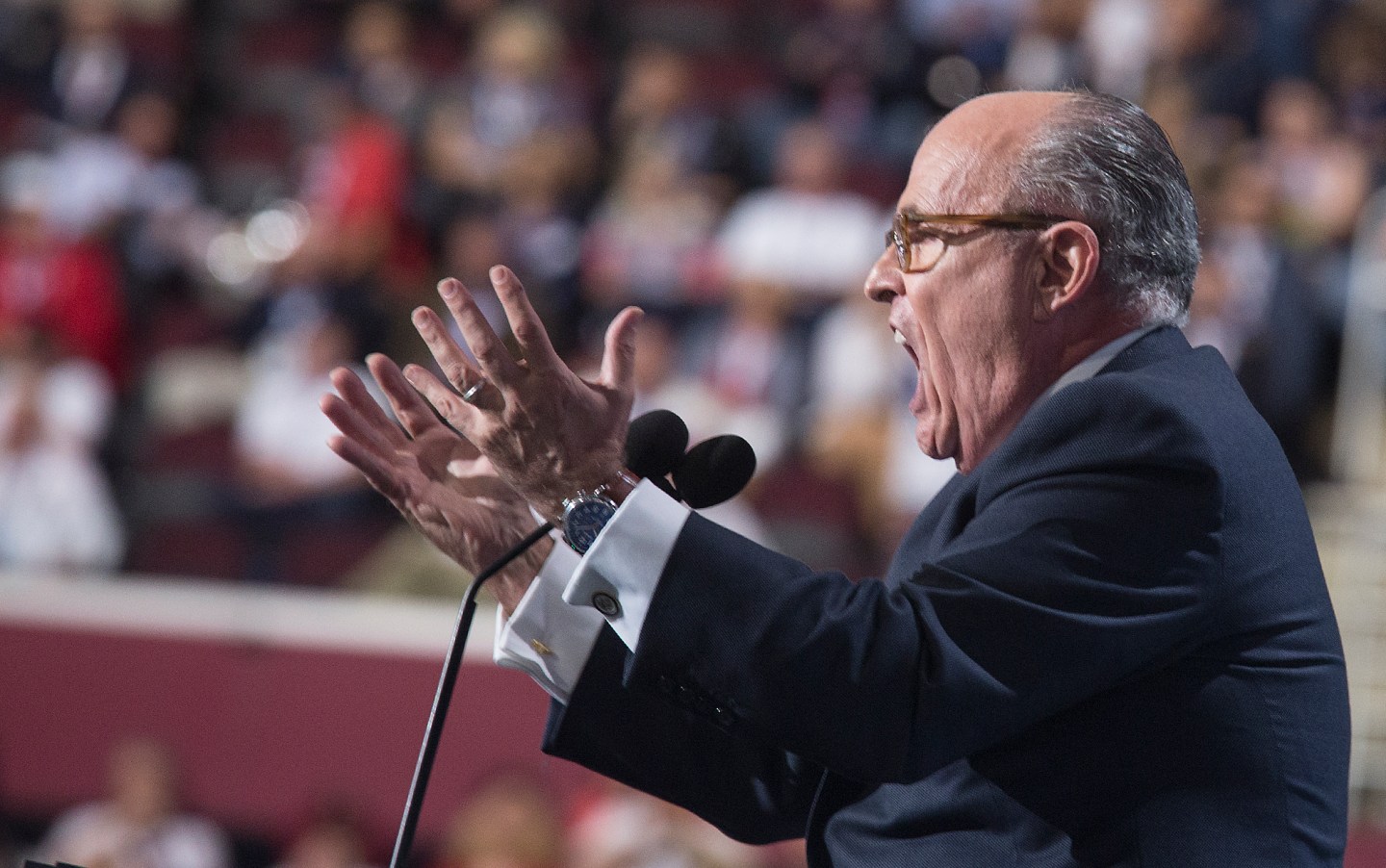 The United States depicted at the Republican National Convention is a scary place. It is wrenched by economic uncertainty, social upheaval, political dysfunction, runaway immigration, violent streets and existential threats from abroad. Republicans want voters to see the need for drastic change. The nation’s only choice, they say, is Donald Trump.

Why Republicans would paint such a bleak portrait and whether things really are as they say:

GOP Chairman Reince Priebus opened the convention acknowledging “troubling times.” Others used less measured terms. Americans live in fear, they said. The country is disrespected by the world, its military is gutted, its police are shamed. Borders are porous. Terrorism is a constant threat.

Alabama Sen. Jeff Sessions said the U.S. suffers from “an economic disaster … and the American people know it.” Iowa Sen. Joni Ernst said “our allies see us shrinking from our place as a leader in the world.”

Former New York Mayor Rudy Giuliani pointed to “the terrorists who are killing us and our allies.” He concluded: “There is no next election. … There’s no more time for us left to revive our great country.”

The United States has seen some tough times, but it is in better shape than most of the world.

Americans are still much less likely to become victims of domestic or international terrorism than most Europeans and citizens of Middle East nations. Violent crime in the United States has dropped steadily since 1992, according to FBI statistics.

In May, unemployment dipped to its lowest rate since November 2007, a year before President Barack Obama’s election. The economy has grown for much of Obama’s tenure. But the middle class has taken a hit. Average household incomes are rising, but that’s largely due to higher pay for the richest 10 percent of American households.

Still, the United States is outperforming most of the world’s advanced economies. Last year, the U.S. economy grew 2.4 percent, compared to 0.5 percent in Japan, 2.2 percent in Britain and 1.7 percent in the 19 countries that share the euro currency. China, which Trump often says has out-maneuvered the U.S. on economic matters, is growing faster than the United States. But the U.S. is far richer: Economic output per person last year was $56,000 in the U.S. and $7,900 in China.

How do Americans See It?

It’s a mixed answer. Though Obama’s job approval ratings have been positive for much of 2016, Americans are anxious. A recent Associated Press GfK-Poll found almost 4 out of 5 American voters believe the country is headed in the wrong direction. And there’s a seemingly never-ending cycle of bad news: a mass shooting at a gay nightclub in Orlando, Florida; assassinations of police in Baton Rouge, Louisiana, and Dallas; and high-profile killings of black men by police.

Tapping into Americans’ anxiety — and deepening it — may be a logical strategy for Trump to win over moderate Democratic and independent voters. He entered the convention trailing presumptive Democratic nominee Hillary Clinton in most polls. His favorability ratings are extremely low, even worse than Clinton’s dismal numbers.

Conventions normally offer candidates an opportunity to introduce themselves to Americans who don’t follow politics too closely. Trump is already extremely well-known and will have a hard time changing voters’ opinions about him. However, no one can deny that Trump is the candidate of change. Clinton has been running as the candidate who will build on Obama’s legacy. If voters agree that things are truly awful and the country needs a dramatic change, the only candidate who fits the bill is the brash, tough-talking billionaire developer and reality star.

A party out of the White House for two terms tends to frame the current leadership as a failure. Accepting his nomination in 2008, Obama declared: “We are here because we love this country too much to let the next four years look just like the last eight.” Ronald Reagan ousted Democrat Jimmy Carter in 1980 amid economic and international turmoil. Yet Reagan and Obama wove an intrinsic optimism into their arguments. Obama’s slogan was “Hope and Change.” Reagan summoned biblical imagery to describe the United States as a “shining city on a hill.”

Trump’s pitch is perhaps most comparable to Richard Nixon’s law-and-order campaign in 1968, another turbulent year at home and abroad. Nixon told Republicans in his acceptance speech that “America is in trouble today,” mired in war “with no end in sight” and unable “to manage its own economy.” Trump insists his motto — “Make America Great Again” — is optimistic. But the subtext is his indictment of a nation that “never wins anymore.” He suggests stability and greatness will re-emerge because of his touch, rather than something inherent in the American people.