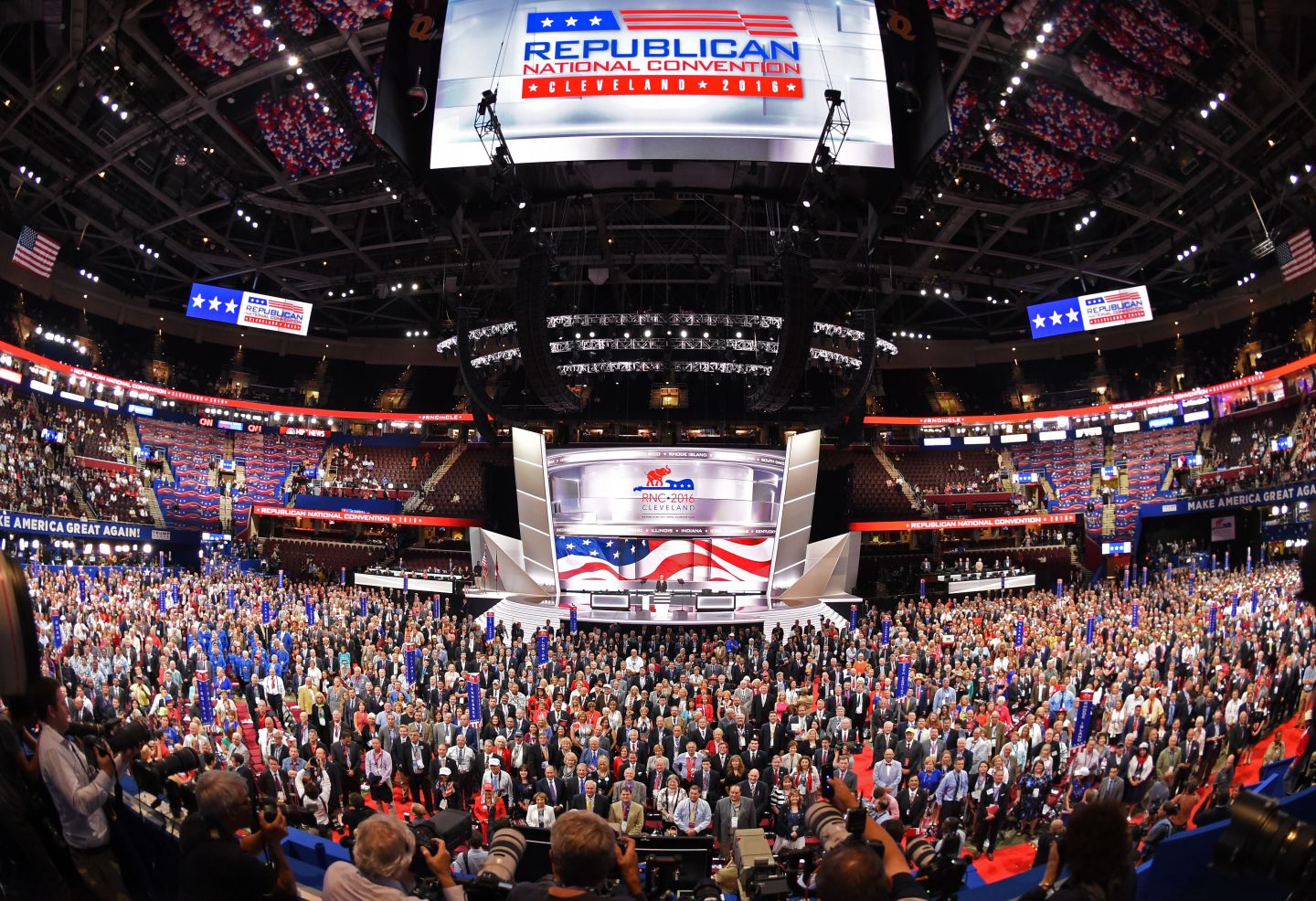 Public health authorities said Wednesday that testing has confirmed that about a dozen Republican convention staffers in Ohio had been struck by norovirus.

Peter Schade, the Erie County health commissioner, said he met Wednesday morning with members of the group, who were part of the advance team for California’s delegation to the convention. Schade said investigators do not yet know how the staffers contracted the severe gastrointestinal bug, but they believe the chain of transmission started in California.

“It came with them,” Schade said.

Health officials are now taking food histories from those who had fallen ill — and are staying at a resort hotel about an hour outside of Cleveland — to try to pinpoint the cause.

For more on Republican National Convention, watch this video:

“We’re asking, ‘What did you guys do? Did you do anything together before you came out?”’ Schade said.

Noroviruses cause violent bursts of vomiting and diarrhea. It’s highly contagious, and those who contract it typically experience symptoms for only one to three days; most people recover without medical care. Some victims, however, especially young children or the elderly, require treatment for dehydration.

The Centers for Disease Control and Prevention says that noroviruses are the leading cause of illness and outbreaks from contaminated food in the US.

Jim Brulte, chairman of the California delegation, told STAT in an email Tuesday that the outbreak began when one of the staffers came down with a virus and infected her husband.

Since it has been 36 hours since the last new case, Schade said, he is optimistic that the bug has been contained.