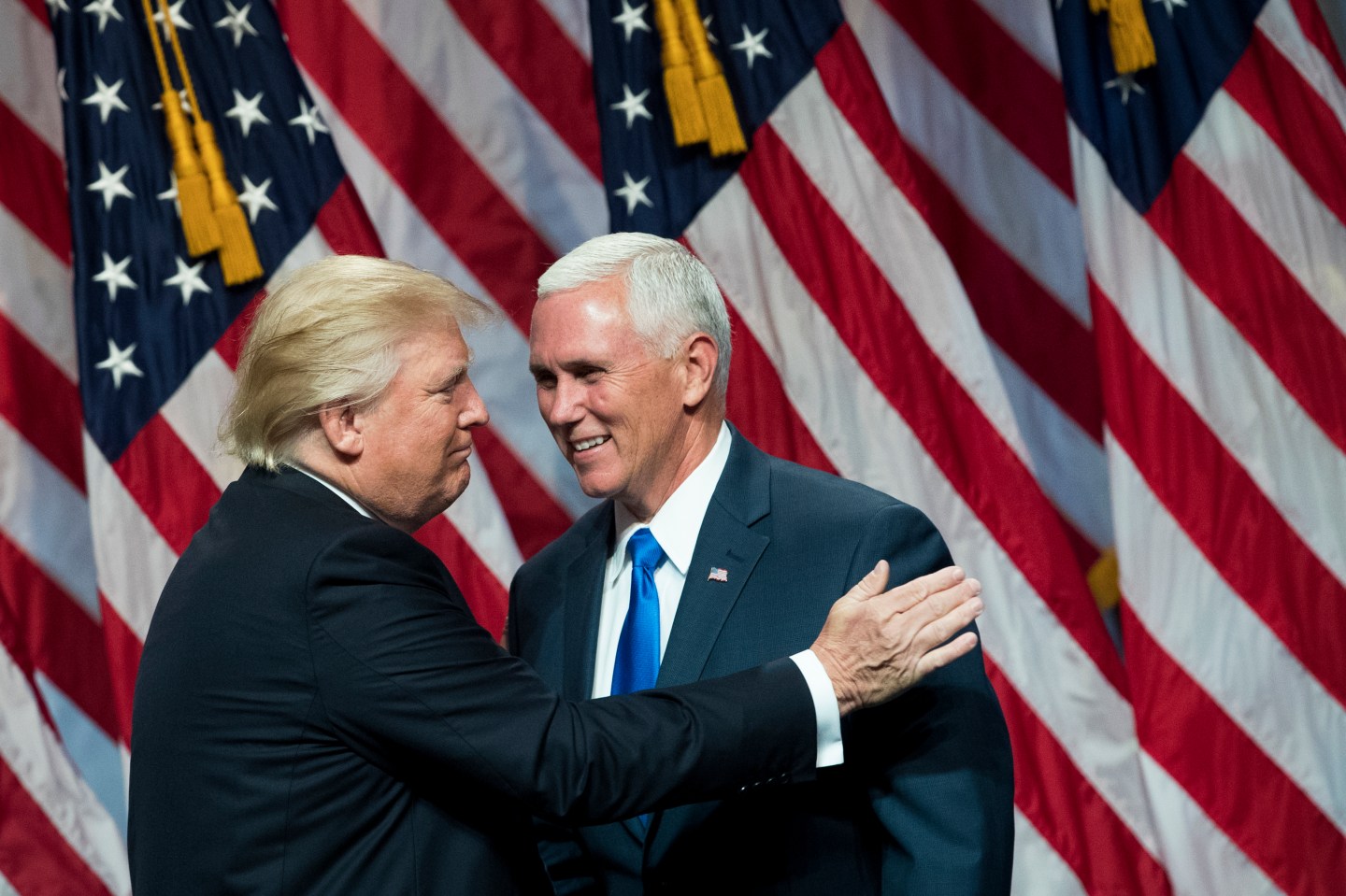 While many of the claims Donald Trump made about his running mate while introducing him Saturday are technically true, the context of the claims shows a more complicated picture of Indiana’s economic picture under Pence.

With Pence set to accept the GOP vice presidential nomination on Wednesday night, here’s a closer look of some of the claims about his Indiana record:

The individual income tax that the Republican-dominated Legislature approved at Pence’s behest in 2013 is Indiana’s largest ever, although it was modest and didn’t have much competition for that mark.

The only previous income tax cut in state history was a 0.1 percentage point reduction in the 1970s, according to Purdue University economist Larry DeBoer, who has studied Indiana tax policy for about 30 years. That rate was raised during the 1980s to 3.4 percent — where it remained until Pence won the new cuts.

Whether the cuts do much to boost the Indiana economy is uncertain, DeBoer said. Someone with $50,000 in taxable income will see their previous state income tax bill of $1,700 drop by $85 a year when the cuts are fully in place. That will mean about an extra $3.50 a month starting in January.

But it is far from the biggest tax cut in Indiana history as statewide caps on property taxes, which primarily fund local governments, are projected to save taxpayers about $800 million this year, according to DeBoer. Those were enacted under Pence’s gubernatorial predecessor, Mitch Daniels.

“Today, there are more Hoosiers going to work than ever before in the 200-year history of the great state of Indiana.” — Pence at a July 12 Trump campaign rally in Indiana.

While that’s true, the state’s population also has reached record levels. The U.S. Census Bureau estimates Indiana’s population has grown nearly 9 percent, or about 540,000 people, since 2000 to some 6.6 million residents in 2015.

Pence said on Saturday that Indiana has made “record investments” in roads, and Trump touted a report by CNBC that ranked the state as first in the nation in infrastructure.

In fact, improving Indiana’s roads wasn’t a priority of Pence’s until it became a liability: a monthlong traffic snarl caused when an Interstate 65 bridge was closed last August for emergency repairs.

Motorists were detoured, traffic backed up and Democrats attacked. A brutal labor union-sponsored TV spot aired during an Indianapolis Colts game blaming a handful of roadway deaths on Pence’s desire to build a budget surplus at the expense of properly funding infrastructure.

In the end, he got just a fraction of that after Indiana’s Republican-controlled Legislature balked. And much of the money set aside for local governments came from local taxes held in state reserves that were already supposed to be returned.

When simply looking at dollars, Indiana’s current state budget does give the largest school funding increase. The two-year budget spends about $480 million more toward K-12 education.

But that amounts to just a 2.3 percent increase for education. Between 2000 and 2008, the increase averaged about 2.7 percent a year — although the total dollars were much lower because local taxes covered a greater portion of school budgets at the time, DeBoer said.