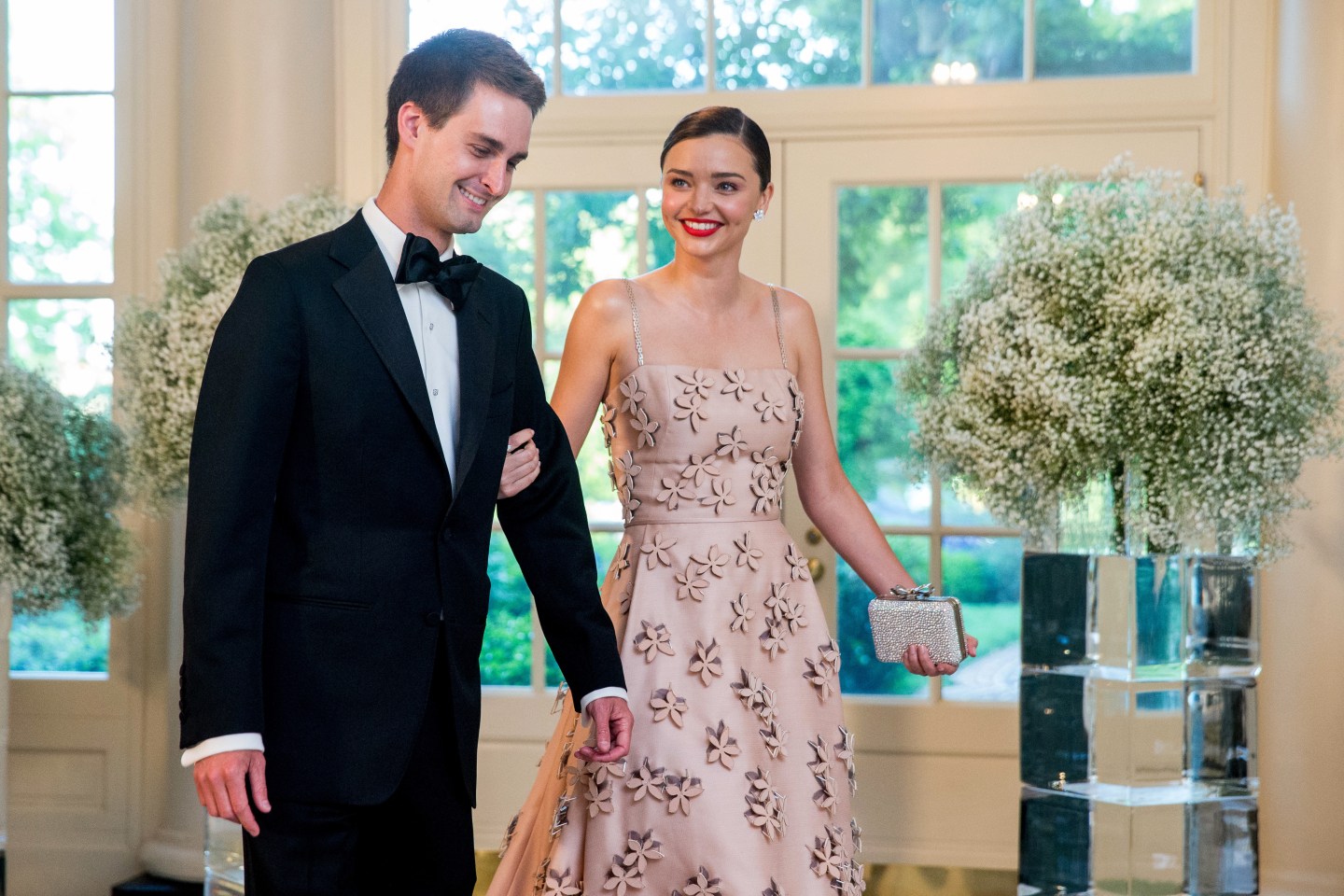 Miranda Kerr and Snapchat CEO and founder Evan Spiegel are making it official — with help from a geofilter, of course.

The happy couple are engaged, Kerr announced on Instagram, Wednesday. “I said yes!!!” she declared, alongside a photo of her gorgeous new bling, which was, of course, snapped with one of Spiegel’s social media company’s filters – this one, specially designed to feature Bitmoji caricatures of the couple during the big moment. (Snapchat just confirmed its acquisition of Bitmoji.)

The 33-year-old Australian model and Spiegel, 26, were first spotted together in Los Angeles in June of last year. The pair met at a Louis Vuitton dinner in 2014, starting a friendship that eventually developed into more, she told E! News last year. They’ve remained largely out of the spotlight, but most recently stepped out together for the State Dinner for Nordic leaders at the White House this May.

Kerr previously dished on the romance to The Edit in January, explaining of her love, “He acts like he’s 50. He’s not out partying. He goes to work in Venice [Beach]. He comes home. We don’t go out.”

She added that the pair are decidedly low key, and would rather “be at home and have dinner, go to bed early.”

“He’s just a really kind person and very genuine and very authentic and I really appreciate that about him,” she gushed to E! News. “And also he’s very intelligent.”

The former Victoria’s Secret Angel was previously married to Orlando Bloom, with whom she shares son, Flynn, 5. The pair split after three years of marriage in 2013.