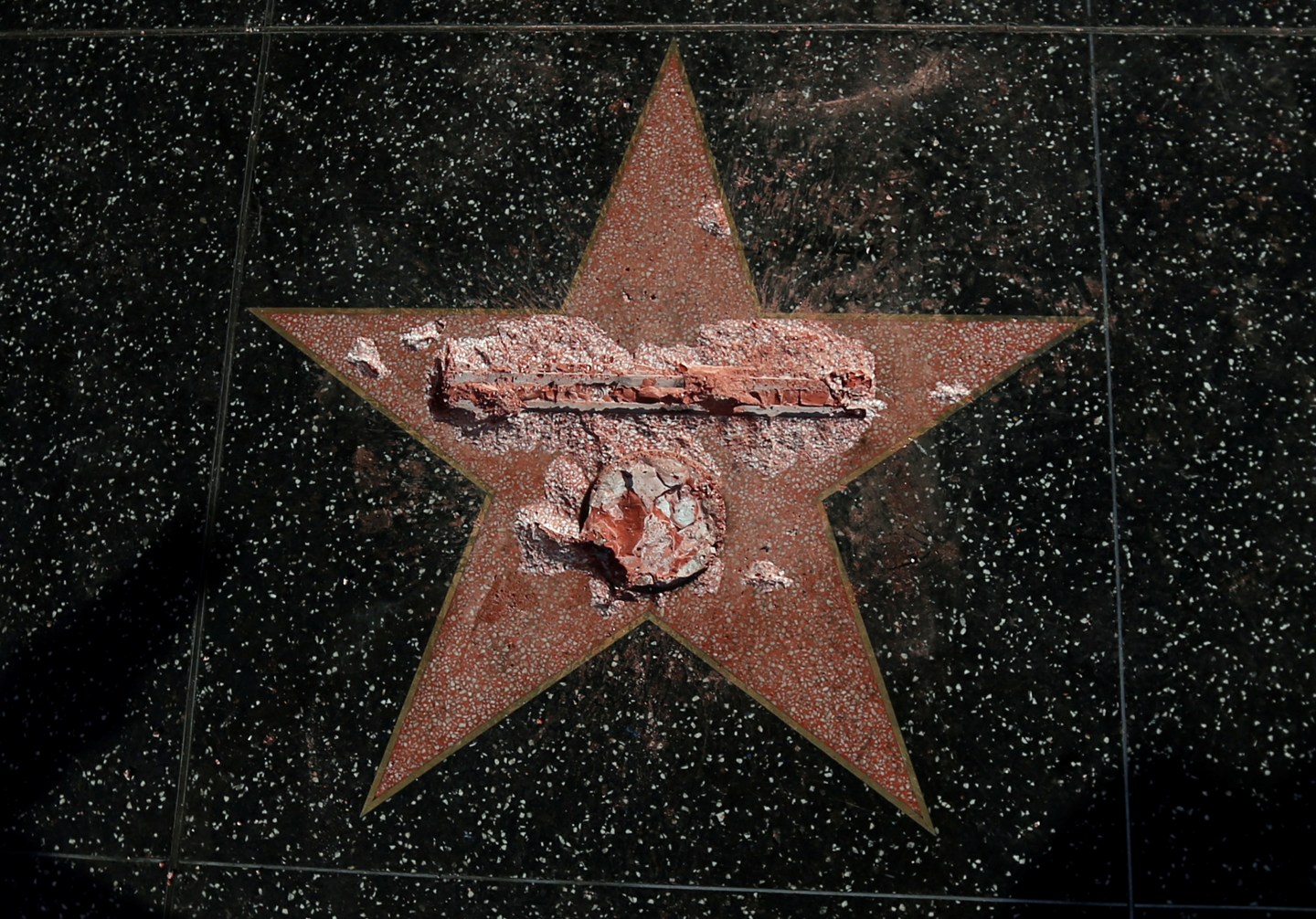 Donald Trump's star on the Hollywood Walk of Fame is seen after it was vandalized in Los Angeles, California U.S., October 26, 2016. REUTERS/Mario Anzuoni TPX IMAGES OF THE DAY - RTX2QL52
Mario Anzuoni — Reuters

Hollywood sight-seers on the famous walk of fame were confronted with an unusual addition to Trump’s Famous Star. Someone had built a 6" tall grey concrete wall around it. Complete with "Keep out" signs and topped with razor wire. The unofficial addtion to the iconic star appeared early Tuesday afternoon, to the amusement of onlookers. #Hollywood #donaldtrump #melaniatrump #hollywoodwalkoffame #wall #trump #election #election2016 #rnc #gop #gopconvention #rnc2016 #nevertrump #cleveland #tedcruz #hillaryclinton #hillary #berniesanders #feelthebern

“I’m just shocked and horrified by the whole of the Trump campaign,” he said. “To think that such extreme views within politics could reach the mainstream, I’m really just horrified.”

The wall was later trampled, but not before tourists and locals took pictures with it in a scene photographed by the artist himself.