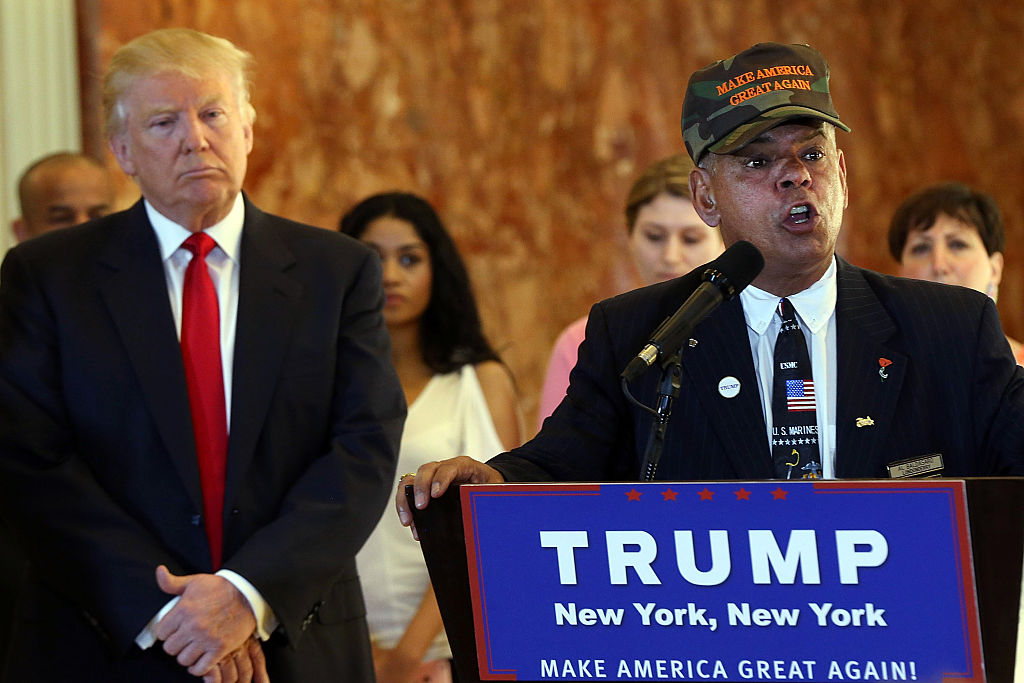 A Donald Trump advisor said Hillary Clinton should be put in a firing line and shot for treason.

Al Baldasaro, a New Hampshire state representative and an advisor to Trump on veteran’s issues, made the comments on the Jeff Kuhner Show on Tuesday.

“I’m a veteran that went to Desert Shield, Desert Storm. I’m also a father who sent a son to war, to Iraq, as a Marine Corps helicopter avionics technician. Hillary Clinton to me is the Jane Fonda of the Vietnam,” Baldasaro said. “She is a disgrace for the lies that she told those mothers about their children that got killed over there in Benghazi. She dropped the ball on over 400 emails requesting back up security. Something’s wrong there.”

“This whole thing disgusts me, Hillary Clinton should be put in the firing line and shot for treason,” he added.

Baldasaro is a Trump delegate to the Republican National Convention and appeared with Trump at press conference where he defended Trump’s donations to veterans groups in May.

Buzzfeed News reports that Baldasro stands by his comments.