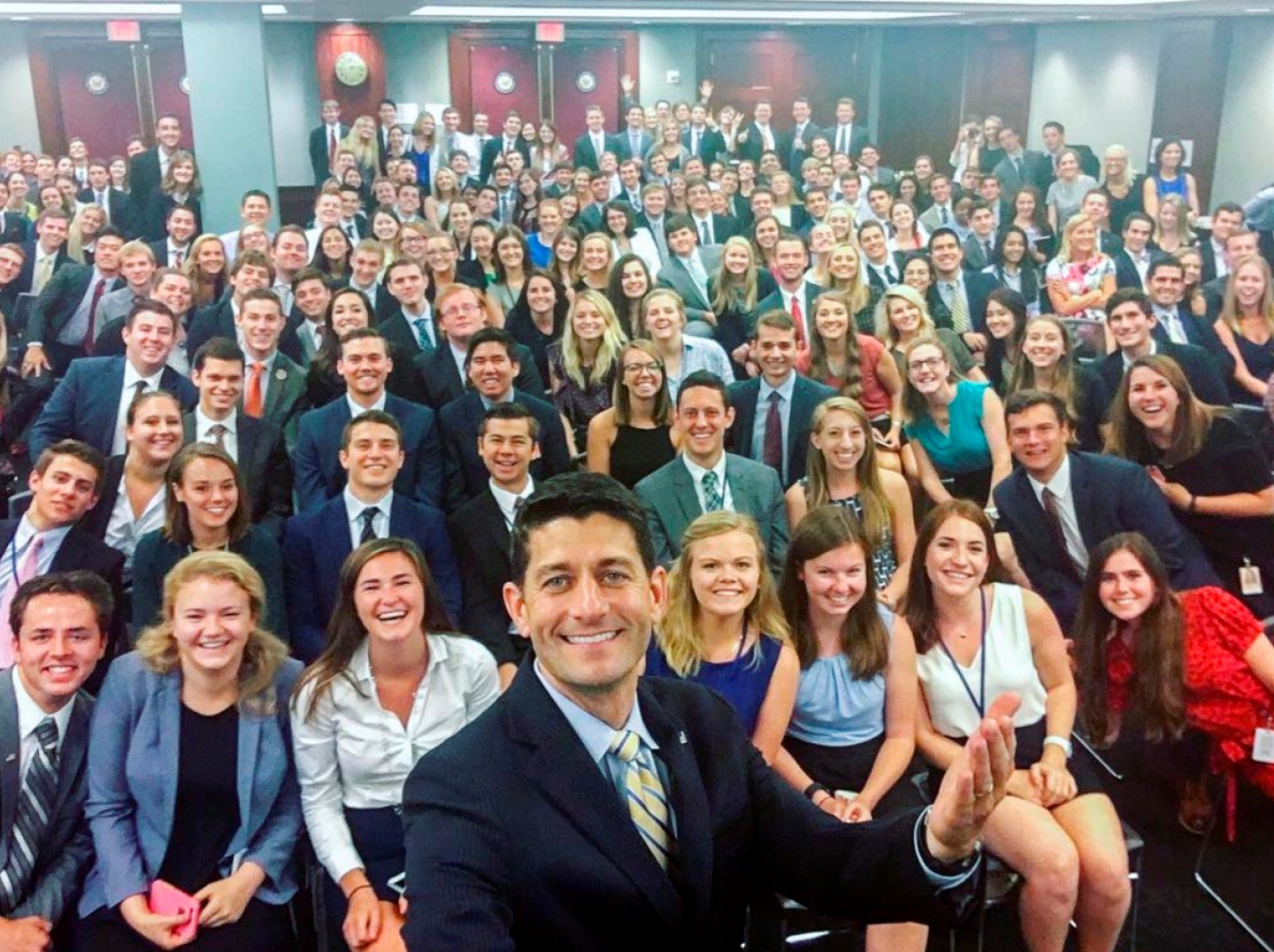 A group of Capitol Hill interns pose for a picture taken by Republican Speaker of the House Paul Ryan and posted to his Instagram account on July 16, 2016. Rep. Paul Ryan/Handout via REUTERS ATTENTION EDITORS - THIS IMAGE WAS PROVIDED BY A THIRD PARTY. EDITORIAL USE ONLY. - RTSIWKE
© Handout . / Reuters REUTERS

Ryan’s photo, captioned “I think this sets a record for the most number of #CapitolHill interns in a single selfie. #SpeakerSelfie,” drew criticism after he posted it on Instagram for featuring a lack of racial diversity.

Audra Jackson, an intern for Congresswoman Eddie Bernice Johnson, gathered Democratic interns for a selfie response on Tuesday, in an effort to show a more diverse class of interns than the ones featured in Ryan’s photo.

Johnson herself took to Twitter to highlight the differences between the two photos.

“The picture of the Democratic interns look a lot different than the #speakerselfie,” Johnson wrote.

The picture of the Democratic interns look a lot different than the #speakerselfie #DemInternSelfie #Diversity pic.twitter.com/B7MucXwLwB