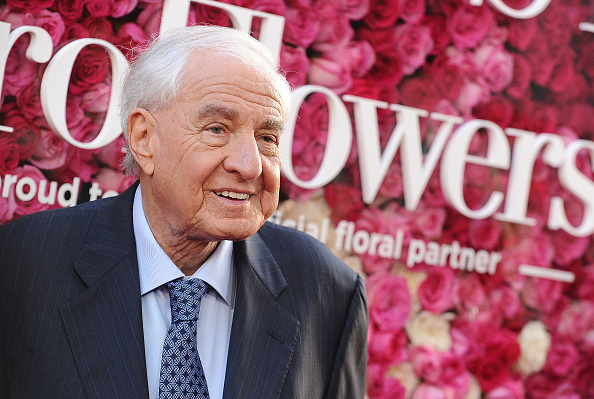 Hollywood lost an icon Tuesday evening with the death of Garry Marshall. The influential filmmaker died from complications of pneumonia following a stroke at a hospital in Burbank, California. He was 81 years old.

Marshall’s list of credits spans across decades and includes such accomplishments as creating Happy Days, transforming The Odd Couple from a Broadway play to a five-season TV show, and helmingPretty Woman and The Princess Diaries.

The New York native touched many lives in and outside of Hollywood.

“Thank you for my professional life,” wrote Happy Days alum Henry Winkler on Twitter. “Thank you for your loyalty, friendship and generosity.”

Here’s a sampling of reactions from those mourning Marshall’s death:

Larger than life, funnier than most , wise and the definition of friend https://t.co/k8qxEe4rIZ

RIP #GarryMarshall will miss that talented one

R.I.P. Garry Marshall. A great, great guy and the best casino boss in the history of film. #lostinamerica

Thank you Gary Marshall for all the joy and laughter. You are missed already and forever https://t.co/XyoPKvrGwf

Worked with Garry Marshall on the new Odd Couple. I was so excited to meet him. He was gracious,kind & very funny. #GarryMarshal #legend

Oh man, this is a tough one. Honored I spent time with this kind man. My love to his wife and family. #garrymarshall pic.twitter.com/COetJYtqMz

RIP Garry Marshall. You forever changed my father's life, and thus, mine. Thank you for capturing so much joy on film, over and over.

My heart is broken. Comic genius, Garry Marshall has died. A cultural icon who was brilliant till the end. Always kind. Always funny! RIP

I lost a friend & mentor. We lost a beautiful man & masterful story teller. Gary Marshall I love you. I hope I get to go where you are.

I will never be the same. I can't even put into words what #GarryMarshall has meant to my life. I am just heartbroken. #RIP kind Sir.

What the world has lost! He was such a dear man. I was so excited about getting to see him again soon. I am inconsolable. #GarryMarshall

Garry Marshall would always say (and lived by this) "It's nice to be important, it's more important to be nice." RIP Legend

RIP #GarryMarshall . Talk about a bright light! You will be missed.

Very sorry to hear of loss of Garry Marshall. Those who grew up when I did remember a TV schedule filled with his humor and inspiration.

RIP Garry Marshall. The scene between he and @AlbertBrooks in Lost in America is pure comedic genius. Please enjoy https://t.co/k5Y9vSDh7P

You will always be the grandpa of my heart. Your love, humor and generosity were limitless. I am heartbroken. pic.twitter.com/7xT8urSjKy

Our beloved Garry Marshall has passed. Our family will miss him so very much. RIP dear one. pic.twitter.com/F7y3RkLn1Z