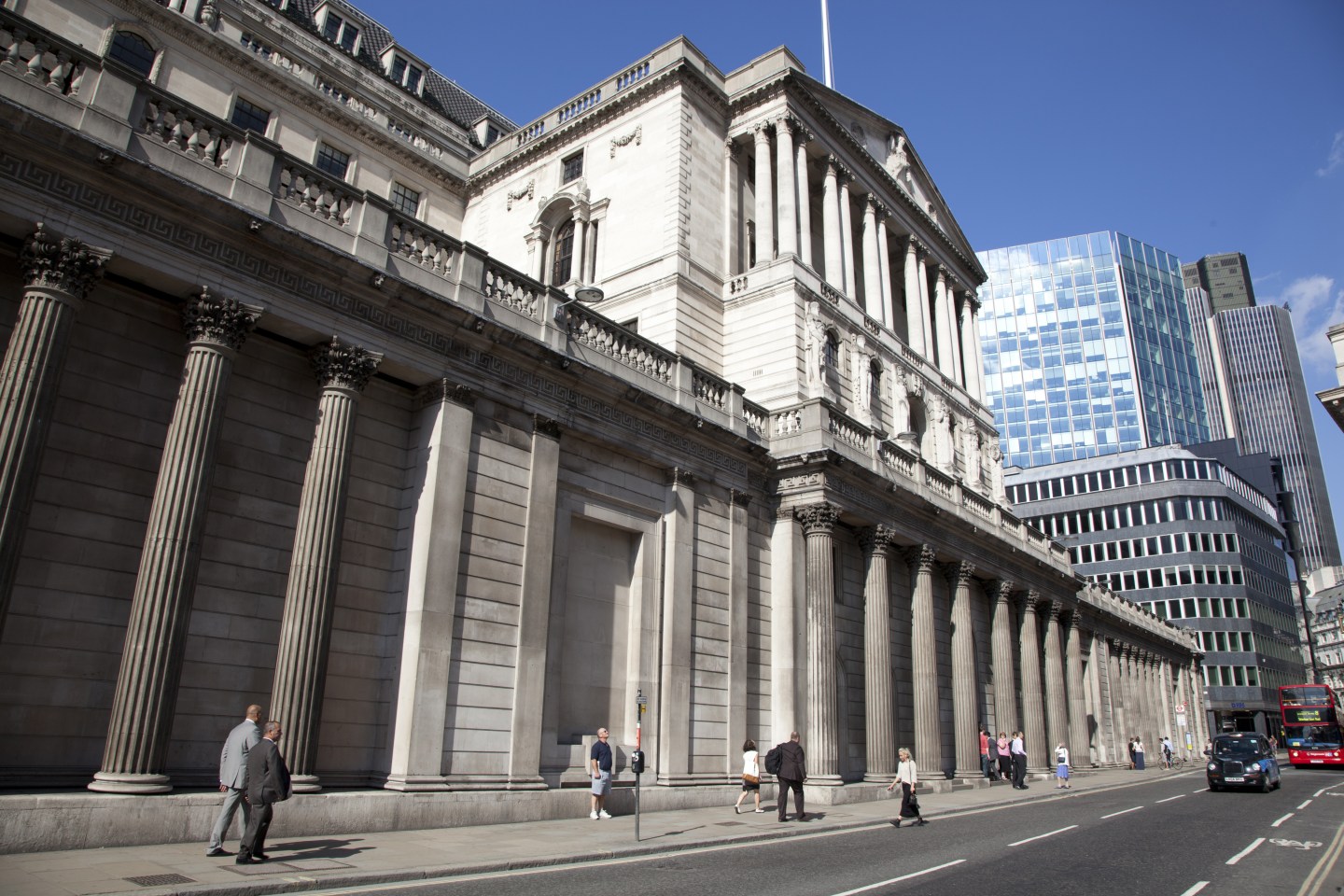 The Bank of England said it saw “no clear evidence” that a sharp economic slowdown was yet under way after last month’s vote to leave the European Union, though there were signs investment and hiring were being put on hold.

The BoE’s regional agents – who are spread around Britain and speak regularly with companies – said on Wednesday that business uncertainty “had risen markedly” but there was little evidence so far that consumers were spending less.

That’s partly because there has been no evidence of the labor market weakening yet. Official data on Wednesday showed the unemployment rate dropped to its lowest since 2005, at 4.9 percent in the three months to May. However, a private survey released Wednesday by research firm Markit showed British households were more pessimistic about their finances after the Brexit vote than at any time in the last two years.

Last week the central bank surprised markets by keeping interest rates on hold, rather than cutting them to a record low. But it also said most of its policymakers expected to approve a stimulus package at their Aug. 4 meeting.

Earlier this month the BoE said it expected the economy to slow markedly as a result of the decision to leave the EU, and on Tuesday the International Monetary Fund cut its growth forecast for Britain next year to 1.3 percent from 2.2 percent.

“A majority of firms spoken with did not expect a near-term impact from the result on their investment or staff-hiring plans. But around a third of contacts thought there would be some negative impact on those plans over the next 12 months,” the BoE said on Wednesday.

“As yet, there was no clear evidence of a sharp general slowing in activity,” it added.

Sterling gained almost a cent against the U.S. dollar after the report.

The BoE has estimated Britain’s economy was growing roughly in line with its long-run average before the June 23 EU vote.

Figures on Monday from accountants Deloitte showed four out of five chief financial officers of large British companies planned to reduce investment in the year ahead, and were at their most pessimistic since the 2008 financial crisis.

But Wednesday’s BoE report – which covers smaller firms than the Deloitte survey – chimes with the view from BoE chief economist Andy Haldane last week that firms planned to “trim and singe” investment rather than “slash and burn”.

The BoE data did contain some warning signs, however.

“There were a few reports of planned foreign direct inward investment being postponed,” the report said.

“A number of companies were considering alternative European locations for aspects of their business, and some contacts within large international firms expected their continental European operations to receive a greater share of future investment than their UK ones,” it added.