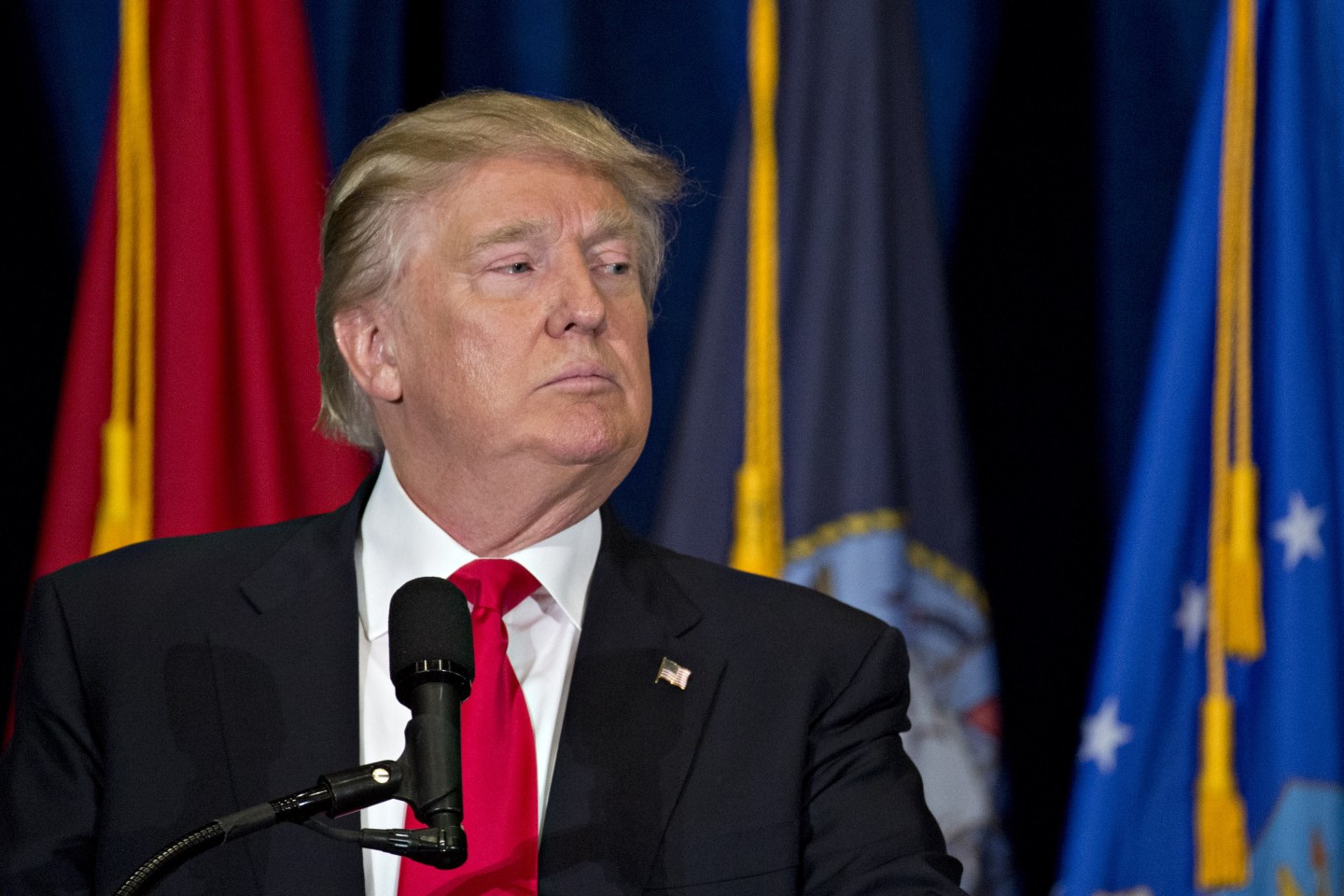 CLEVELAND (AP) — After a chaotic start, Donald Trump is under pressure to steady his Republican convention as a plagiarism charge and other unforced errors threaten to overshadow GOP efforts to unify behind him.

Still, the unorthodox billionaire was on track to triumph Tuesday night as the Republican Party’s official White House nominee.

Alabama Sen. Jeff Sessions opened the nominating process with an enthusiastic endorsement of Trump, declaring him “a warrior and a winner.”

The roll call vote kicked off with its traditional ceremonial flourishes, delegates heartily touting their states’ virtues. Still, there were small flashes of the discord that has surged through the Republican Party throughout the primary season, with some delegates jeering loudly as states that Trump did not win cast their votes.

This week’s four-day convention is Trump’s highest-profile opportunity to convince voters that he’s better suited for the presidency than Democrat Hillary Clinton. But the rocky start raises fresh questions about his oversight of his campaign, which gives voters a window into how a candidate might handle the pressures of the presidency.

Trump’s campaign managed only to keep the controversy alive on Day 2 of the convention by insisting there was no evidence of plagiarism, while offering no explanation for how the strikingly similar passages wound up in Mrs. Trump’s address. The matter consumed news coverage from Cleveland, obscuring Mrs. Trump’s broader effort to show her husband’s softer side.

Democrat Hillary Clinton pounced on the tumult, saying the Republican gathering had so far been “surreal,” comparing it to the classic fantasy film “Wizard of Oz.”

“When you pull back the curtain, it was just Donald Trump with nothing to offer to the American people,” Clinton said during a speech in Las Vegas.

Top Trump adviser Paul Manafort said the matter had been “totally blown out of proportion.”

“They’re not even sentences. They’re literally phrases. I was impressed somebody did their homework to think that that could be possibly done,” Manafort told The Associated Press.

Conventions are massive organizational undertakings, with thousands of attendees to manage and dozens of speakers to oversee. But the weeklong gathering pales in comparison to the scope of a president’s responsibilities as head of the U.S. government.

Republican leaders hoping to leave Cleveland with a strong show of party unity also found themselves answering unwelcome questions. Republican National Committee Chairman Reince Priebus said he “probably” would have fired his own speechwriters under similar circumstances and acknowledged the matter was a distraction.

It was unclear whether the controversy would have any bearing on how voters view Trump. The businessman has survived numerous politically perilous moments that might have doomed other candidates.

Manafort, a longtime Republican operative, has emerged as a controversial and pivotal figure in Trump’s Cleveland operations. He led efforts to successfully tamp down a rebellion on the convention floor Monday, though the campaign still had to contend with angry outbursts from anti-Trump delegates.

The campaign chairman also upended Republicans’ unity message by slamming Ohio Gov. John Kasich in his home state. He called Kasich “petulant” and “embarrassing” for not endorsing Trump or attending the convention, drawing quick condemnation from other GOP leaders worried about angering the popular governor of one of the most important election states.

Following the roll call vote, a parade of Trump’s former campaign rivals, Republican leaders who are lukewarm about his nomination and more family members are scheduled to take center stage. Republicans will be closely watching House Speaker Paul Ryan, who has endorsed Trump despite disagreeing with him on numerous issues.

Tiffany Trump, the candidate’s 22-year-old daughter from his marriage to Marla Maples, and Donald Trump Jr., his eldest son and an executive vice president at The Trump Organization, were scheduled to speak. Both were expected to highlight a more personal side of their father than is often seen in public.

Speaking to reporters on the convention floor, Trump Jr. said he was proud of Mrs. Trump’s speech, but said he imagined there were people “who should have cleaned it up better.”

Mrs. Trump was widely praised for her success in doing just that, despite the plagiarism charges. She spoke of her husband’s “simple goodness” and his loyalty and love of family — while noting the “drama” that comes with Trump in politics.