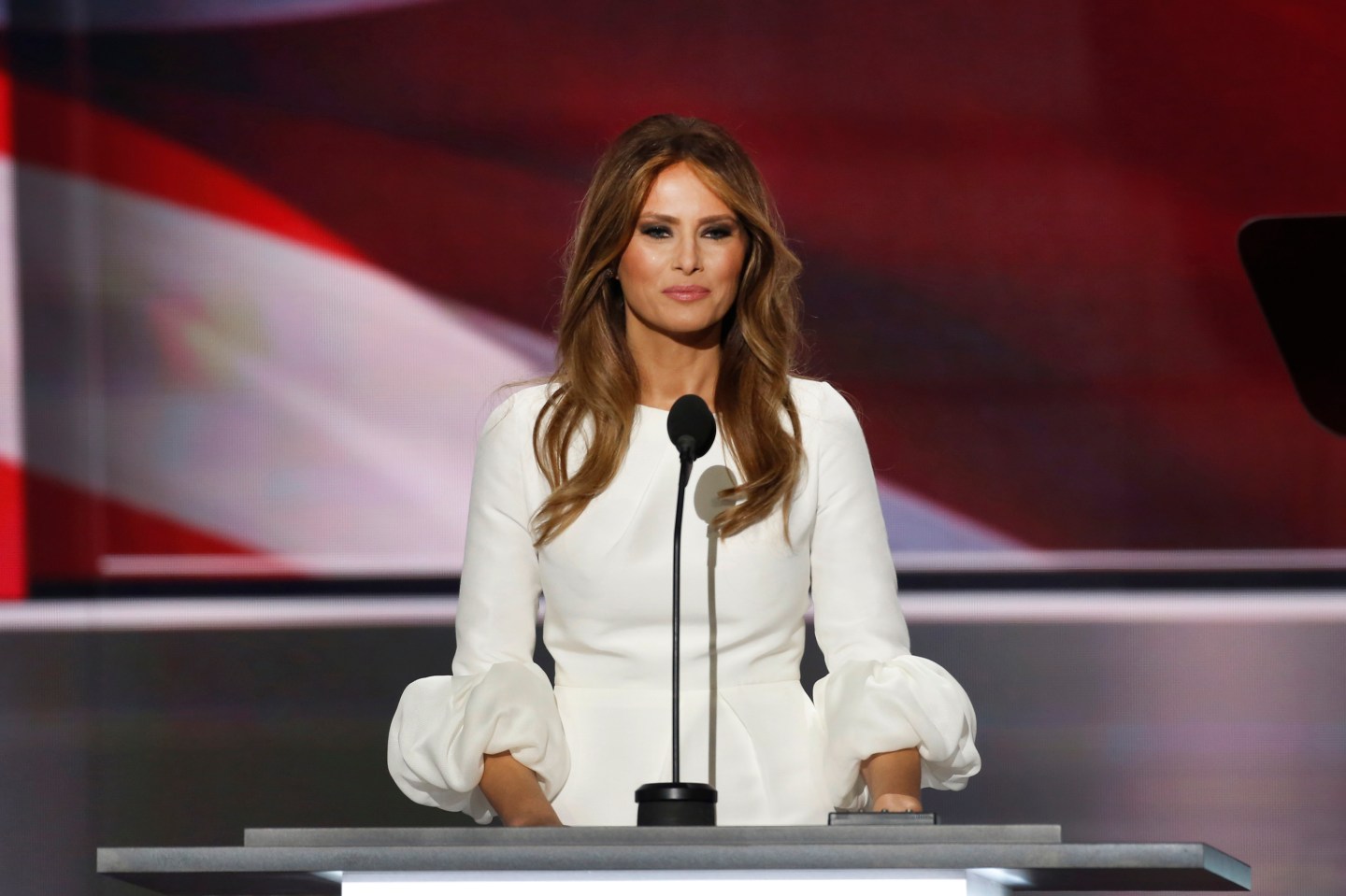 That’s the message that Paul Manafort, Donald Trump’s campaign manager, sent Tuesday afternoon. In an interview with CNN‘s Chris Cuomo, Manafort said that the controversy surrounding Melania Trump’s speech at the Republican National Convention was “another example” of what happens “when a woman threatens Hillary Clinton.”

Manafort was referring to the accusations that Trump’s speech was copied, in part, from Michelle Obama’s 2008 Democratic National Convention address—which was, as luck would have it, written by former Clinton speechwriter Sarah Hurwitz.

Clinton’s communication director Jennifer Palmieri was quick to fire back at Manafort, saying that “blaming Hillary Clinton isn’t the answer for every Trump campaign problem.”

Manfort told CNN that no one will be fired over the speech—which he maintains was not plagiarized. “To think that [Melania] would do something like that knowing how scrutinized her speech was going to be last night is just really absurd,” he said.

Journalist Jarrett Hill was the first to point out the similarities between the two speeches, but the idea quickly went viral on Twitter on Monday evening, accompanied by the tongue-in-cheek hashtag #FamousMelaniaTrumpQuotes, in which users attribute famous quotes so the presumptive GOP nominee’s wife.

Still not sure what to believe about the origin of Trump’s words? Watch Melania Trump and Michelle Obama’s speeches side by side and judge for yourself: