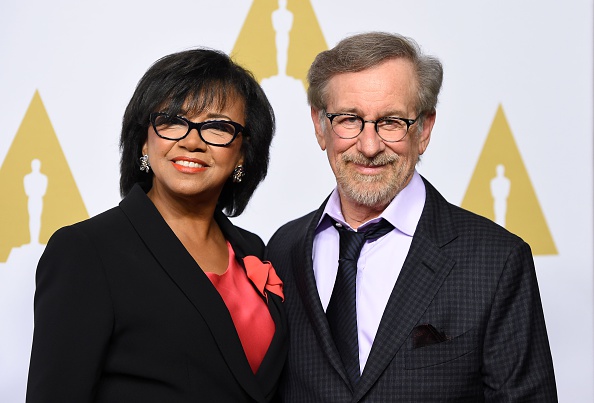 The Academy of Motion Picture Arts and Sciences added director Steven Spielberg and two black filmmakers to its board of governors this week, continuing its push to diversify its leaders as well as its general membership following the recent #OscarsSoWhite controversy.

Documentary filmmaker Roger Ross Williams (Music by Prudence) – the first black director to win an Oscar for a documentary short – became the latest African American to join the board of governors along with costume designer Sharen Davis (Django Unchained).

The Academy selects three governors from each of its branches to serve three year terms as leaders on its board.

Previously, Academy president Cheryl Boone Isaacs was the only person of color on the board of governors. Adding Williams and Davis to the mix is the latest move the organization has made since Boone-Isaac’s January pledge to diversify its members.

“I thank our members for actively participating and taking another step toward inclusion,” Boone Isaacs said via press release Monday night.

The people behind the annual Academy Awards show received harsh criticism last year when they failed to nominate a person of color in any filmmaking category for the second year in a row. Actress Jada Pinkett Smith and director Spike Lee called for an Oscars boycott, and civil rights activist Al Sharpton led a protest against the program.

At least 280 total actors and actresses of color were selected to join the latest and largest Academy class of 683 people in June, including Idris Elba (Beasts of No Nation), John Boyega (The Force Awakens), and American Ferrera (Ugly Betty).