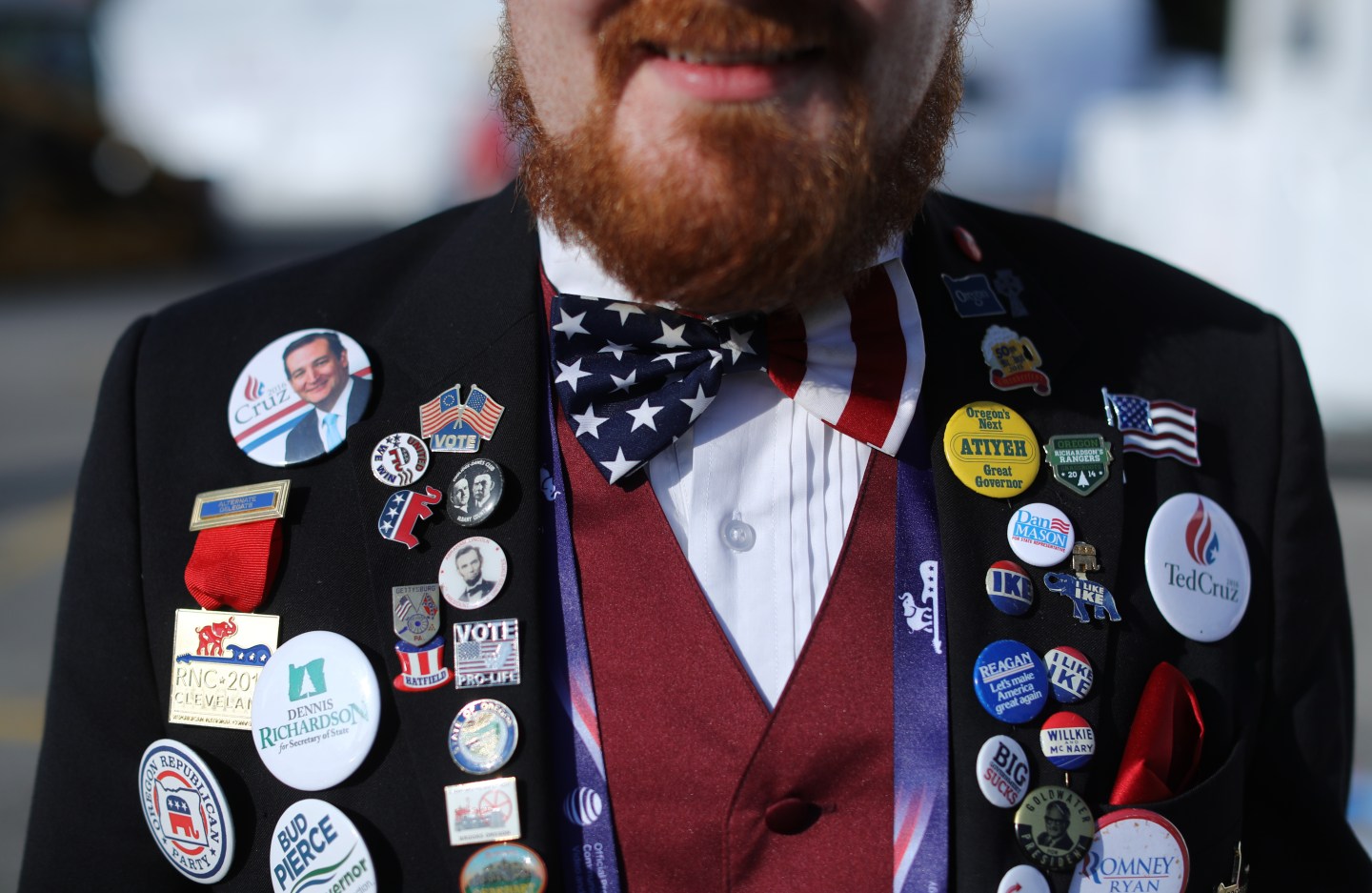 This article first appeared in Motto.

On Sunday, MTV News reporter Jamil Smith posted a photo on Instagram at the Republican National Convention of some pins for sale, as The Cut pointed out. While some were classic “Make America Great Again” pins, most took a very different tone. One pin has two shades of pink with stars and reads “Hot chicks for Trump.”

Another declared “Life’s a bitch/Don’t vote for one”

This isn’t the first time the “KFC” pins have made an appearance at Republican gatherings. In November 2015, TIME reported that those pins were on sale at the Florida Republican Party’s Sunshine Summit.

These are being sold at the GOP sunshine summit pic.twitter.com/t1SiBzlhox

The buttons for sale are part of a long tradition of sexist nastiness on political buttons and other merchandise. And Hillary Clinton is a frequent target. Online vendors are often blaring “The last time I saw a woman like Hillary someone dropped a house on her,” and more succinctly, “Trump that bitch.”

The Telegraph took note of similar merchandise, specifically targeting President Bill Clinton’s affair with Monica Lewinsky. One pin shows a photograph of Lewinsky with the caption “Vote Monica 2016. I got the ‘job’ done when Hillary couldn’t.” There was also a bumper sticker that said, “Hillary will go down faster than Bill’s pants.”