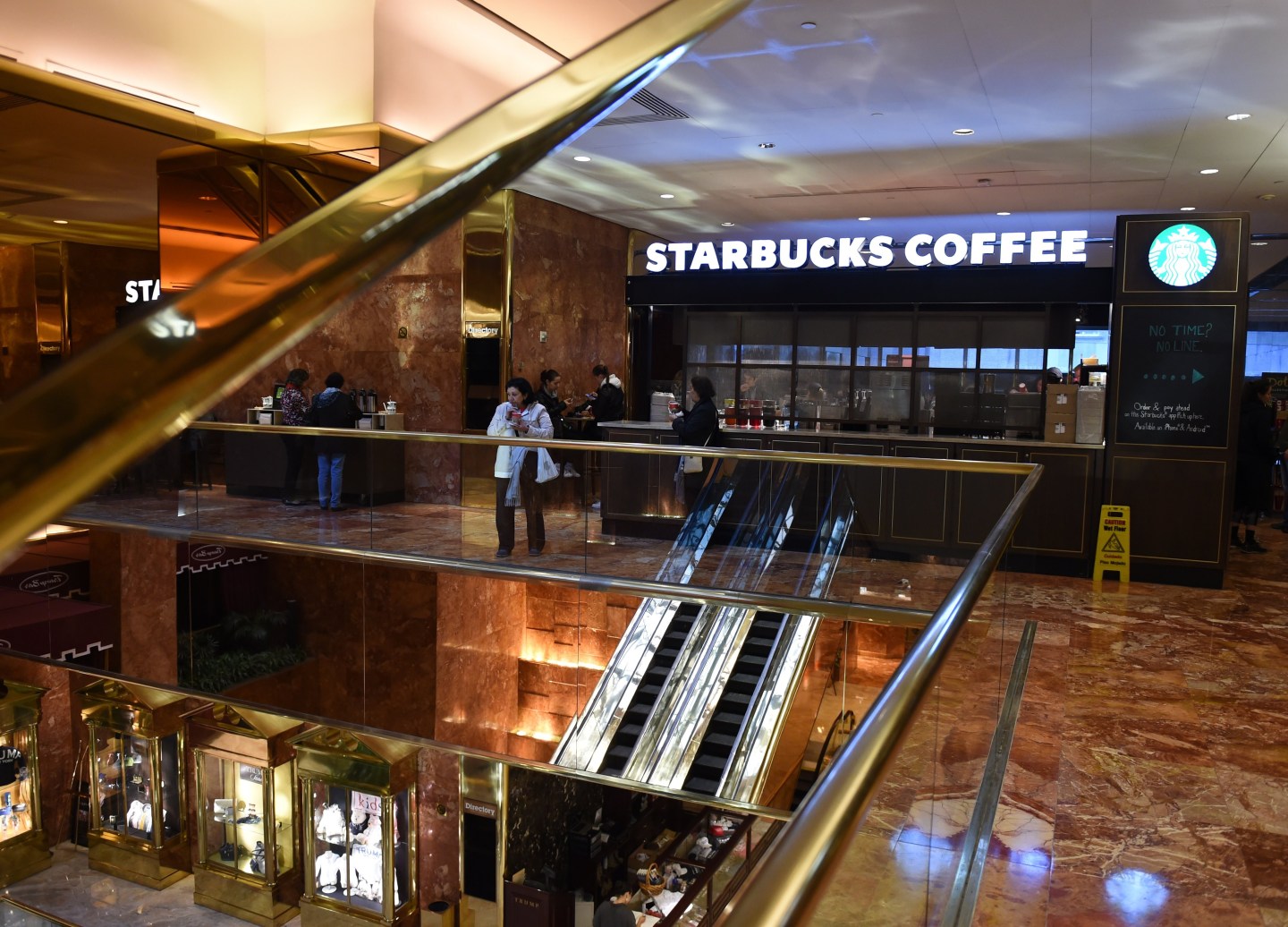 The Starbucks store located in Trump Tower on 5th Avenue in New York November 10, 2015. Republican presidential candidate Donald Trump weighed in on Starbuck's red cup controversy, during a rally on November 9, with the prospect of boycotting Starbucks after the coffee company announced it had abandoned its Christmas-theme cups in favor of a simplistic red cup. AFP PHOTO / TIMOTHY A. CLARY (Photo credit should read TIMOTHY A. CLARY/AFP/Getty Images)
Photo by Timothy A. Clary—AFP via Getty Images

A petition and a crowdfunding effort are circulating the Internet in an attempt to get Starbucks to terminate its leases on Trump properties.

The petition letter was written by Kyle Brooks, and at the time of writing it was about 300 signatures away from its goal of 11,000. It refers to negative comments Republican presidential candidate Donald Trump has made about various groups of people, including Mexicans, Muslims, and women, asking that people support the petition to encourage Starbucks to cut ties with the businessman.

“Belonging, Inclusion, and Diversity. These are the values that you and Starbucks hold dear, and they are the values that guide your business,” Brooks wrote to Starbucks CEO Howard Schultz. “Unfortunately, they are not the values that Donald J. Trump or his organization embody.” Brooks also reminds Schultz that Trump once proposed a boycott of the coffee chain when many claimed that its seasonal red cups weren’t merry enough for Christmas—even though the holiday cups have never included the words “Merry Christmas” or invoked any religious imagery.

In addition to the petition, there is a separate crowdfunding effort that has the same goal. BuzzFeed reports that it was started by Ivan Pardo, the CEO of Buycott, an app that helps consumers avoid products that don’t line up with their principles. The app includes a Trump Buycott. Because it was so popular, Pardo was inspired to create the crowdfunding campaign on Payola.

Supporters of the cause pledged to buy a gift card from Starbucks if they terminate their lease at Trump Tower. So far nearly 2,000 people have pledged close to $70,000.

Neither Starbucks nor Donald Trump’s campaign could immediately be reached for comment.