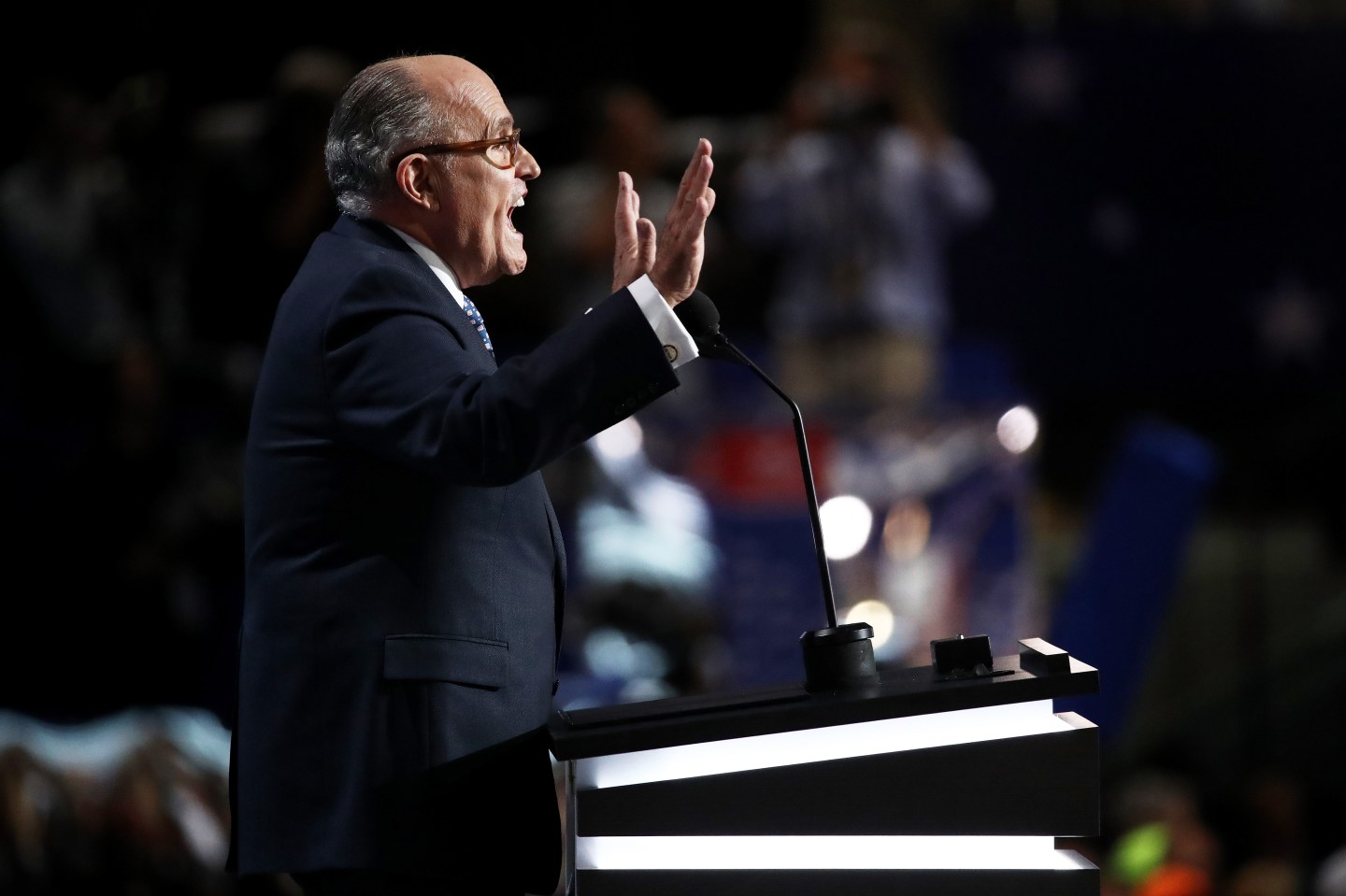 The opening night of the Republican National Convention sounded one theme repeatedly: death.

Mothers mourned the deaths of their children. Soldiers told of comrades lost in action. A sheriff spoke of police officers shot in the line of duty.

It was a marked contrast to typical convention fare, with emotional appeals outweighing discussion of campaign proposals.

Speaking early in the night’s primetime lineup on national television was Patricia Smith, the mother of one of the Americans killed in Benghazi, Libya, in 2012.

Three parents of those killed by undocumented immigrants spoke, emotional, noting the birthplace of their sons’ killers, Guatemala and Mexico. “One minute I’m hearing my son’s voice, ‘Be right home old man, I’m right around the corner.’ Next moment, gunshots, and Jazz was dead,” said Jamiel Shaw Sr., whose son was killed in 2008 by a gang member who was in the country illegally. “I saw the hole in his head and blood everywhere. it happened so fast.”

Other speakers talked about recent shootings of police officers on the job in Dallas and terrorist attacks here and abroad.

Former New York City mayor Rudy Giuliani seemed to capture of the mood of the night with an energetic and direct speech that centered on fear.

“The vast majority of Americans today do not feel safe. They fear for their children and they fear for themselves,” Giuliani said in a speech that brought the packed convention hall to its feet. “It’s time to make America safe again.”

David Clarke, the sheriff of Milwaukee County, echoed his theme. “Americans don’t always feel safe no matter if they are working in a big city, living in a suburb or rural areas all around our great country,” he said. “We simply cannot be great if we do not feel safe in our homes, on our streets, and in our communities.”

Though their delivery was less emotional, two members of the Benghazi security team recounted the events of that night in a story lasting some 20 minutes, recounting the death of American serviceman at the compound.

“I pulled his body armor off and checked for vitals. I checked his pupils. No sign of life. I said a prayer over him,” said John Tiegen, recalling the deaths of Tyrone Woods and Glen Doherty. “Next I went over to Glen. I checked his vitals and pupil dilation. No response.”

“My son was an intricate part of the community and his death has left a large void in many people’s lives,” said Mary Ann Mendoza. “He advocated for children. He provided an annual Thanksgiving dinner. He shopped for children at Christmas and he inspired children to stay in life. My son’s life was stolen at the hands of an illegal alien.”

Had Hillary Clinton “done her job, we would not have had to compromise the annex, Ty, Glen, Sean, and Ambassador Stevens would be alive today,” said Mark Geist. “Now we as Americans have the opportunity to elect someone who will make this country safe again.”