Who Is Dana White and Why Is He Speaking at the Republican Convention? 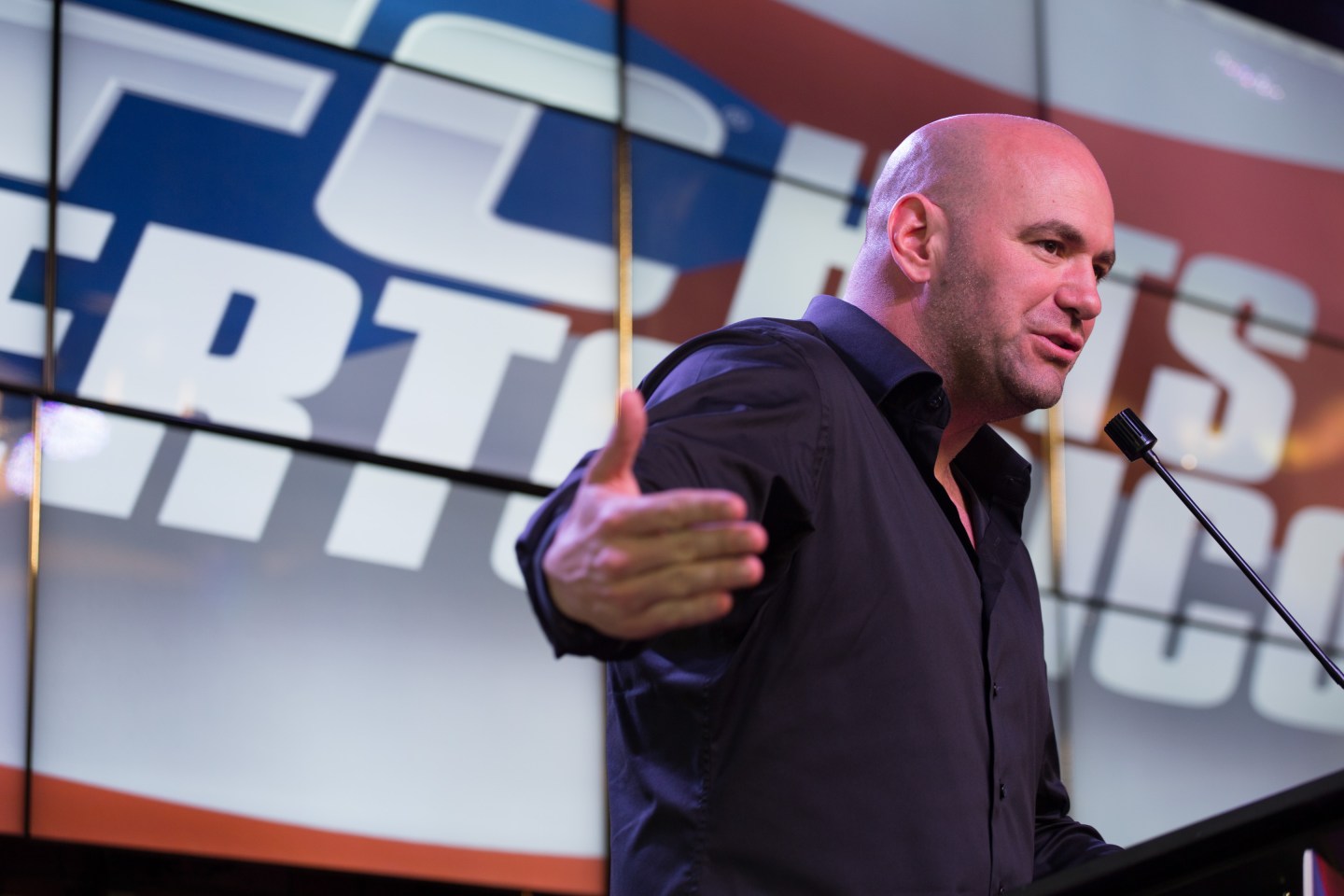 The speaker list for Donald Trump’s Republican National Convention has been a bit different from past political conventions. Actors like Scott Baio spoke on Monday night. And on Tuesday, we will hear from Dana White, the president of the Ultimate Fighting Championship, a mixed martial arts company.

White purchased the UFC in 2001, when mixed martial arts was still mostly a fledgling sport in the United States. It was thought of as glorified street fighting and received very little mainstream media attention. Through aggressive promotion and a very successful reality program (sound like anyone else?), White grew the UFC into a huge business that rivals traditional combat sports like boxing.

Earlier this month, White sold the UFC for a rumored $4 billion, an astronomical leap from the $2 million the company was worth in 2001.

White has been a supporter of Trump from the beginning, one of the “tough guys” that Trump has prided himself on winning over. He’s used the endorsements of people like White and former boxing heavyweight champion Mike Tyson to bolster his credentials as the “law and order” candidate, however tenuous that connection may seem.

While Baio and some of the other celebrities speaking are, let’s just say, a bit past their prime, White is a legitimate rising star in the world of sports promotion. He is charismatic and may very well give an interesting, if unconventional, speech.