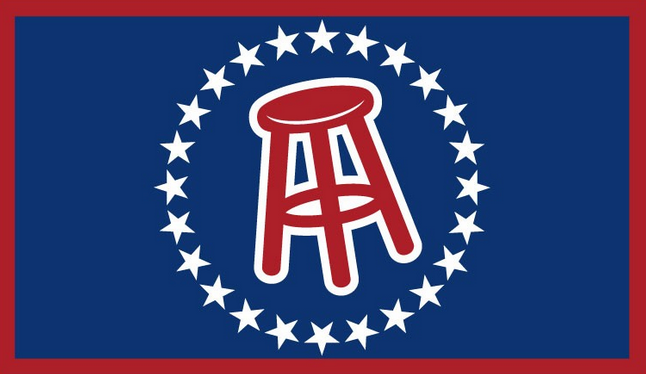 Erika Nardini is an accomplished digital media executive, having served as chief marketing officer of AOL after working at companies like Demand Media, Yahoo, and Microsoft. Less known is that Nardini also is a longtime “Stoolie,” the nickname given to devotees of sports and comedy website Barstool Sports.

If this comes as a shock to many of Nardini’s fellow Stoolies, it’s not without good reason. For starters, the company has been led since inception by founder and editorial leader Dave Portnoy, who also goes by “El Prez.”

Moreover, she is….well, a she. That might not cause too many raised eyebrows elsewhere, but Barstool has received a lot of unwanted attention for misogynistic harassment by Stoolies of women who raise their ire. In fact, Barstool is known arguably as much for its controversies as for its content.

Portnoy says that Barstool began searching for a CEO early this year, after selling a majority equity stake to investment firm Chernin Group. The company hired an executive search firm—which only turned up male candidates—but Nardini came into the picture after meeting with Chernin Group on another matter.

“I’ve been hugely passionate about the site for a long time, which I told Chernin,” Nardini explains to Fortune. “And we began discussing how to apply the same level of grit to the business of Barstool as Dave does to the content side.”

For his part, Portnoy felt that Nardini was “a perfect fit.”

“When I first met with Chernin, they asked what I would do if someone gave me a lot of money to invest in the business,” Portnoy continues. “One key part was that we needed a CEO, because there are a lot of opportunities we haven’t made the most of. But that person needed to understand our voice and our audience, which is a big part of why we picked Erika. I don’t look at it as giving up control, but rather that she and I are a team… and I’m very comfortable that we’ll get along, even when we disagree, which I’m sure we will.”

Portnoy will continue to oversee Barstool editorial, which soon will include video production from a new studio in New York City. Nardini, who most recently was president and chief revenue officer with startup Bkstg, will focus on continuing to grow the audience—with a continued focus on 18 to 49 year-old males—while expanding distribution, signing business development deals, and making commerce feel more like content through events, merchandising, and more.

“As a person, I feel that Barstool is funny and incredibly engaging,” Nardini adds. “As a woman, I’m psyched to take this CEO job, and I’m going to rock it.”