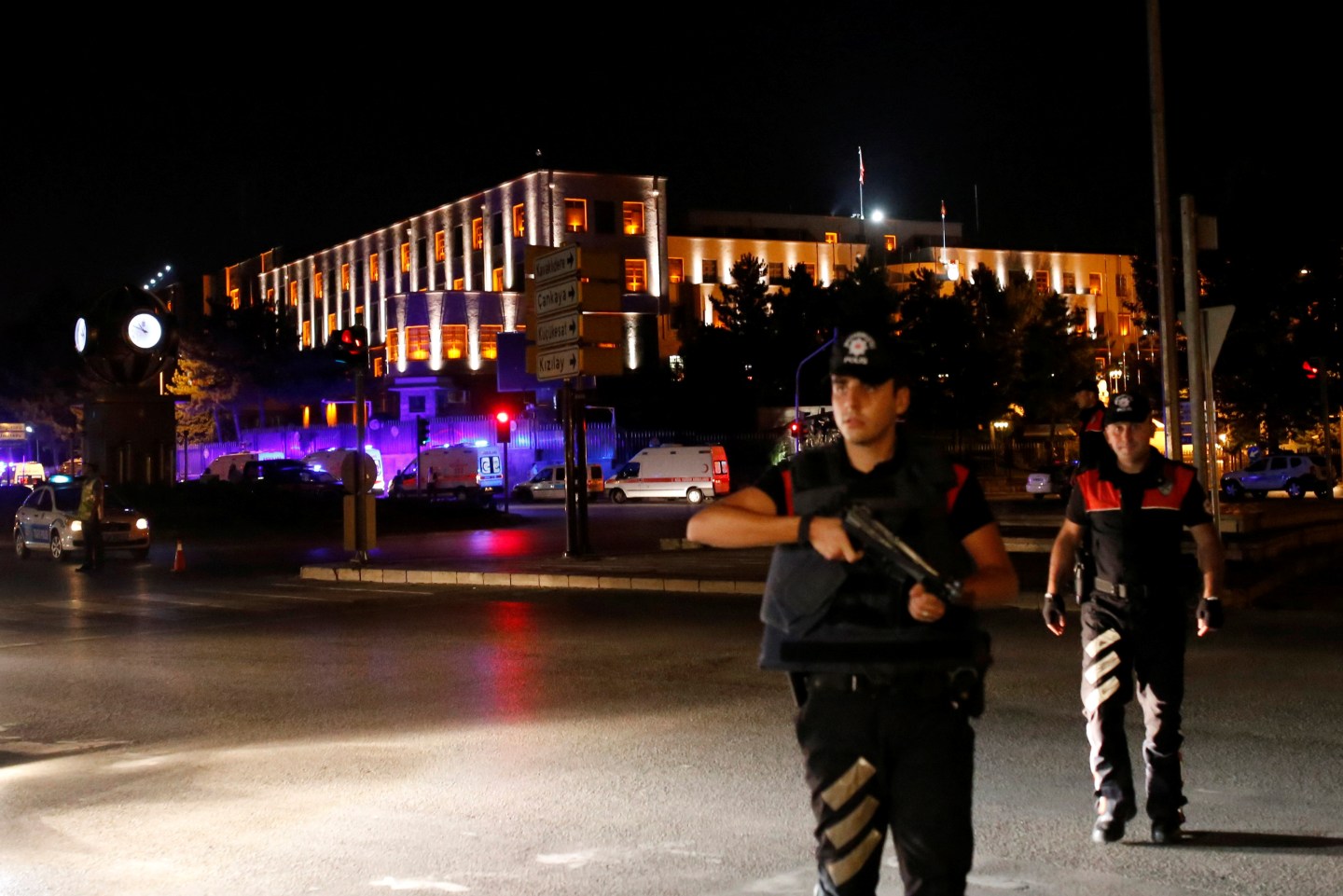 If the preservation of Turkish democracy is the silver lining of the failed coup in Turkey, here’s one of the clouds: the migrant crisis could be on the way back.

Turkish President Recep Tayyip Erdogan, safely reinstalled in his gilded presidential palace, is in a hurry to execute the plotters who tried to depose him over the weekend. If he ultimately reinstates the death penalty, then it will be impossible for the European Union to keep Turkey in even a semblance of a path to membership of the bloc.

That, in turn, would remove one of the main props to the deal between the two sides that drastically cut the flow of refugees from Syria through Turkey to Europe—a massive migration that strained the EU to the breaking point last year.

The number of migrants and refugees crossing the Aegean Sea from Turkey to Greece en route to Germany and elsewhere fell by 84% in the first quarter of 2016, and fell to under 50 a day in May as a result of a deal that gave Turkey billions of euros in aid and a promise of ultimate EU membership in return for keeping more refugees in the country.

“No country can become a member of the EU if it introduces the death penalty,” the EU’s head of foreign policy Federica Mogherini told a briefing Monday, her words being echoed by the foreign ministers of Germany and others.

But “membership of” the EU in this context is best understood as a shorthand for “decent working relations with” it. Most analysts agree that membership is pretty low on Erdogan’s wish-list. More important is the EU’s promise of visa-free travel to its passport-free ‘Schengen area’ for 80 million Turks. More important still is the €3 billion ($3.3 billion) that the EU is paying Turkey to keep refugees (over 2.2 million at the last count) on its soil.

This deal is already under strain, and the deadline for visa-free travel has already slipped, after Erdogan angrily rejected an EU request to rewrite Turkey’s anti-terrorism laws to bring them more in line with its own idea of the “rule of law.” With the restoration of the death penalty, Erdogan would be widening the rift with the EU on that score. Already, Erdogan is enacting steps that appear likely to undermine the independence of the judiciary by firing 2,700 judges and prosecutors of dubious loyalty. Another 8,000 policemen were removed from their posts on suspicion of being linked to the coup, according to Reuters.

“A failed coup would see all resistance to (Erdogan’s AKP party) stamped out,” Emad Mostaque, a strategist with the consultancy Ecstrat, wrote in a weekend blog post.

Already there are signs that the coup, if not actually a “false flag” event, has provided a welcome pretext for a drastic consolidation of power that Erdogan was already planning.

“It looks at least as if something has been prepared,” said Johannes Hahn, the EU commissioner in charge of Turkey ‘s EU membership bid. “The lists (of those arrested) are available, which indicates it was prepared and to be used at a certain stage. I’m very concerned. It is exactly what we feared.”

In Brussels Monday, Secretary of State John Kerry warned that “NATO also has a requirement with respect to democracy and NATO will indeed measure very carefully what is happening.”

But NATO has turned a blind eye to many such embarrassments in the past, not least when the Turkish military made more successful attempts to take power. (Mostaque notes that the military tried 230,000 people and detained over 400,000 more after its coup in 1980.)

The more pressing concern is that the EU decides to stand by its principles and suspend the aid deal in response, if Erdogan’s post-coup crackdown becomes too vicious too ignore. If it does that, then the now-closed ‘Balkan route’ across the Aegean may open up again, only this time with an increasingly unstable Turkey adding its own citizens to the tide of human misery.